Desktopia is a city-builder game which simulates an evolving, medieval-esque village along the bottom of your desktop, allowing you to work, watch, or browse something else while you play.

At it’s core, Desktopia is a city-builder game which simulates an evolving, medieval-esque village along the bottom of your desktop, allowing you to work, watch, or browse something else while you play.

Like any city-builder, you get to make the big decisions, while also being able to take control of your own axe wielding character. You can join in the battles, harvest resources, put out fires, or interact with your villagers. In Desktopia, you can be as active, or as idle, as you want!

This game was not created in a studio, but by three friends looking to make something different, fun, and useful: We think we’ve done that and we love Desktopia.
We want anyone who plays it to love it too. With that in mind: you should be aware this is not a AAA game like the amazing ANNO series (which you should definitely check out), with thousands of hours of content, nor does it have the beautiful rendered graphics of Cities Skylines (a game we love). If you’re looking for a cute, simple, pixel-art game, something fun you can play while watching a series, browsing the internet, or writing that essay, then Desktopia might be for you!

You start by chopping down some bushes, earning some gold, and building a welcome sign.
Some villagers move in. It’s your first village; they’re serfs and they want food and protection.
After they’ve harvested some bushes and earned you some gold (with you helping if you want) perhaps you build them a chicken coop and some more villagers move in.
They love it, and start dropping Gratitude, which you pick up.
After some more harvesting, you build a barracks and a few soldiers appear.
They start heading off along the road to kill stuff. Maybe you join them.
More villagers move in but now they want religion, and some luxuries.
Perhaps you build a blacksmith or a… hold on, some skeletons and spiders are coming down the road from the crypt.
Phew, your soldiers kill them, but only after they kill some villagers.
Now your villagers are sad so you build them a tavern.
More villagers move in.
You have a lot of villagers now and some are getting rich and becoming noble, aww, don’t they look cute in their new hats.
Wait, now they all want infrastructure.
Maybe you build a post office.
All your villagers are moaning about rain, but you’ve earned enough gratitude to throw a festival.
You throw a religious one, as everyone is still moaning that you haven’t build a temple yet.
Everyone is so happy, but your village has expanded past an animal grove and wild boars are attacking your villagers.
You hire a hunter.
But now the skeletons are coming back, with a vampire this time and they are determined to burn down your village… if only you had enough gold to buy a hero!! 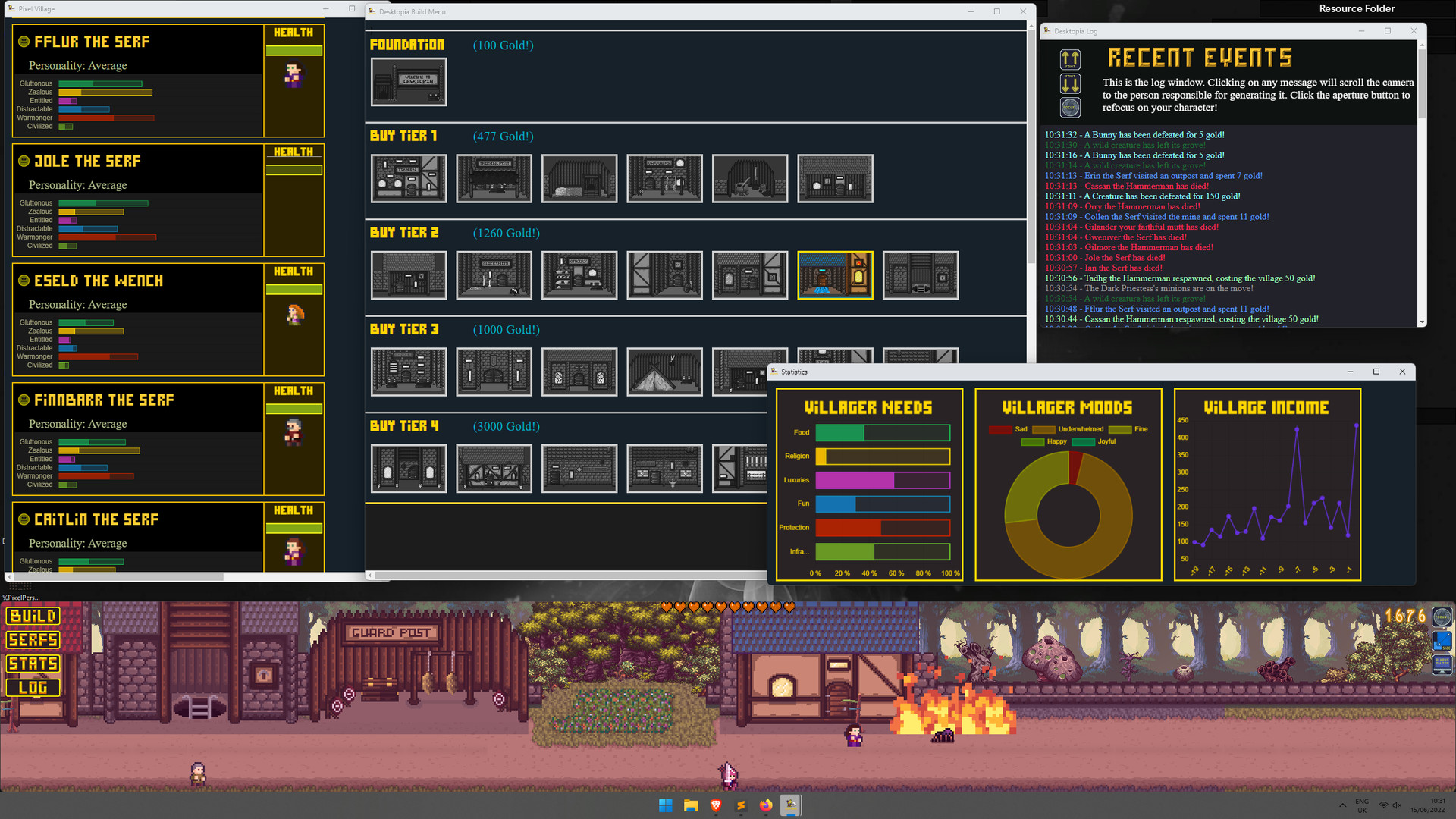 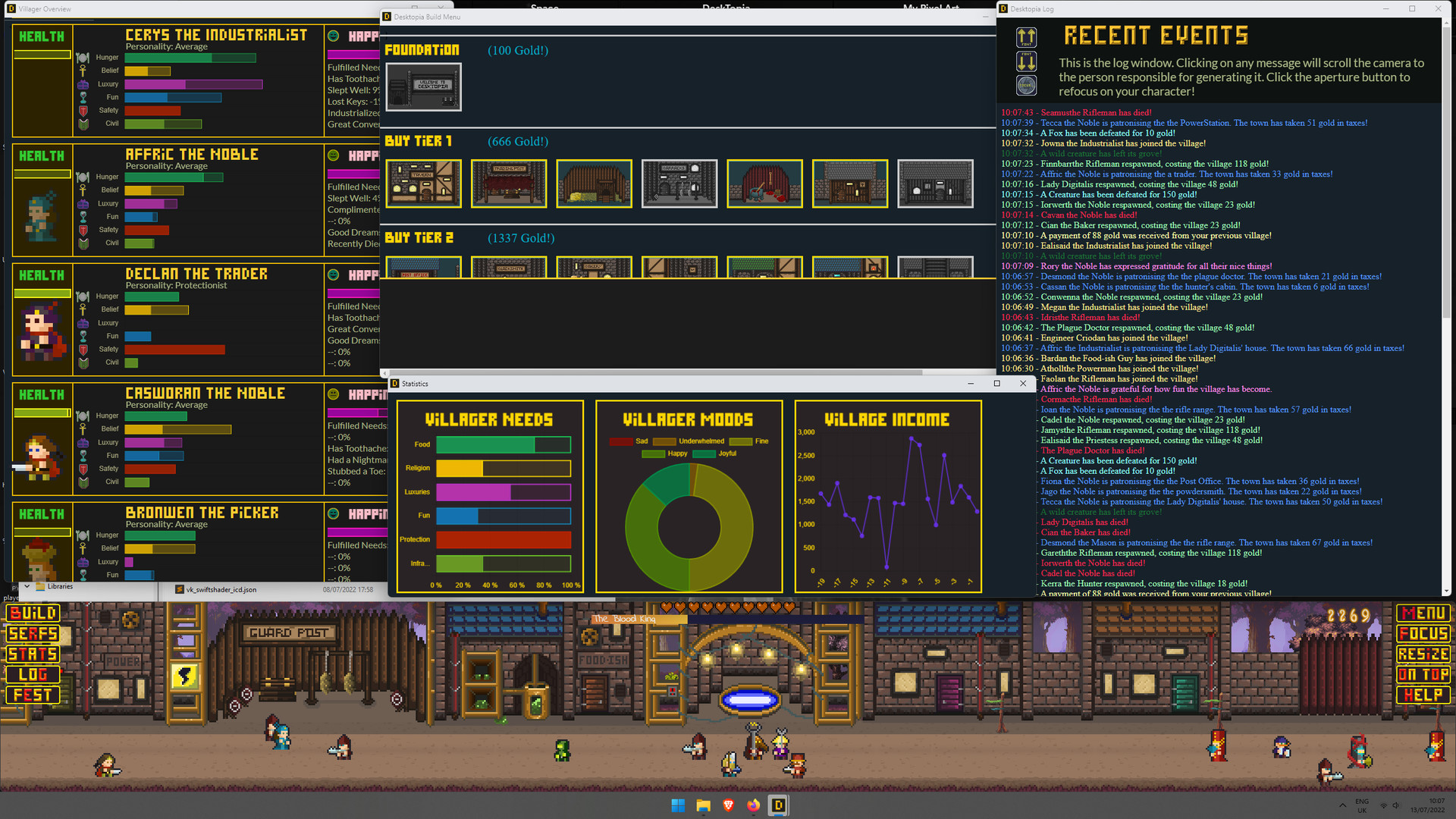 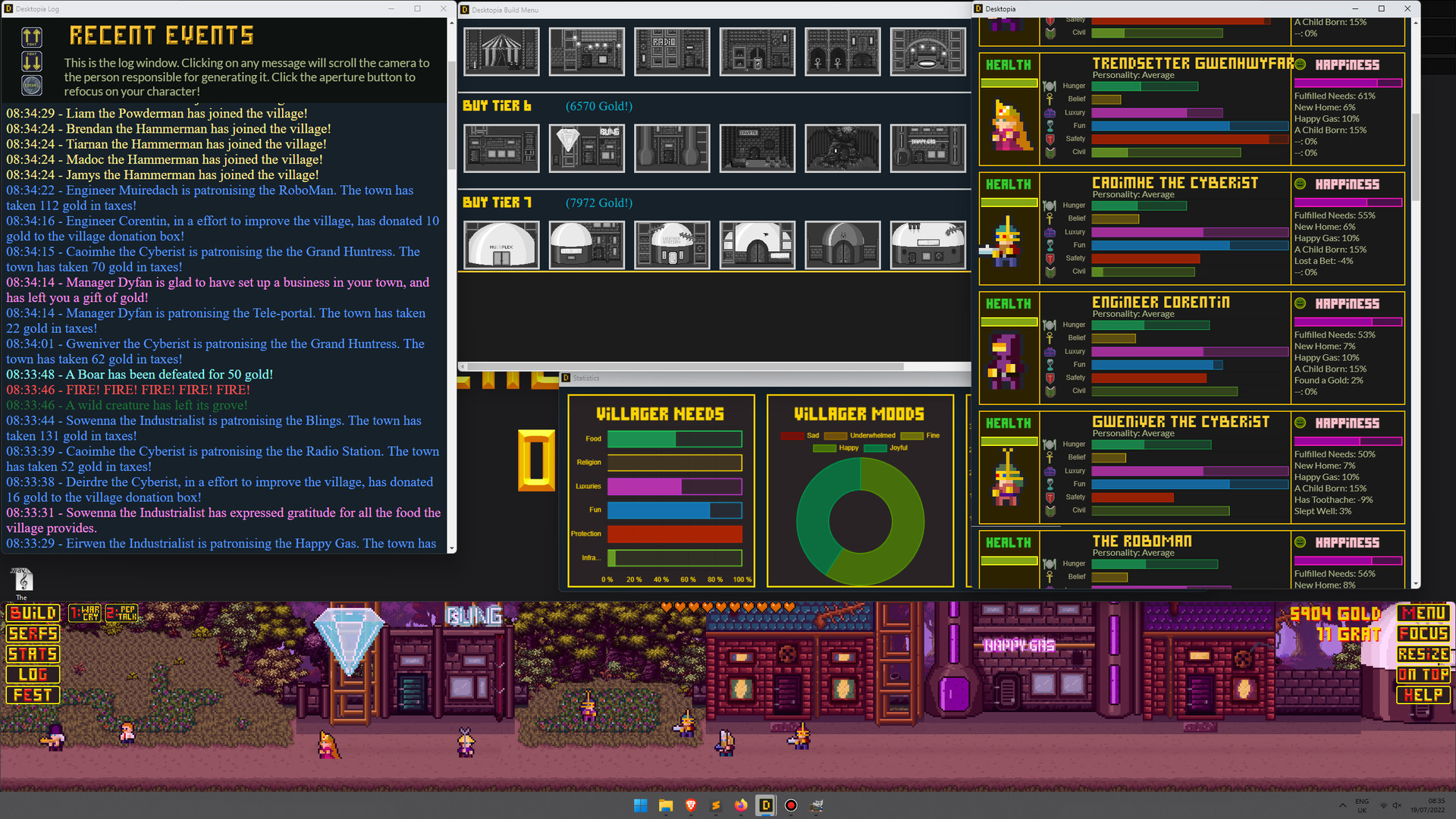 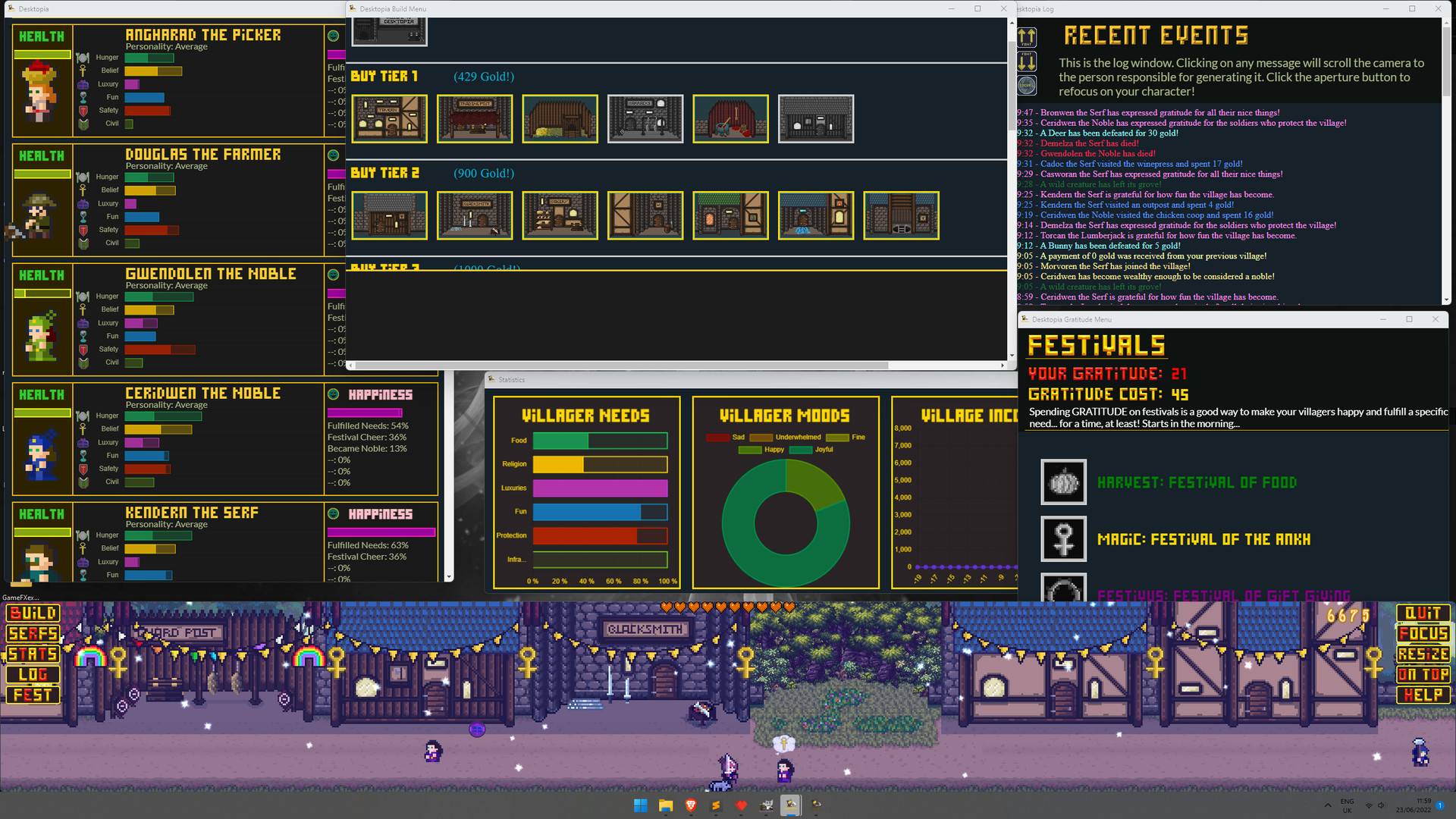 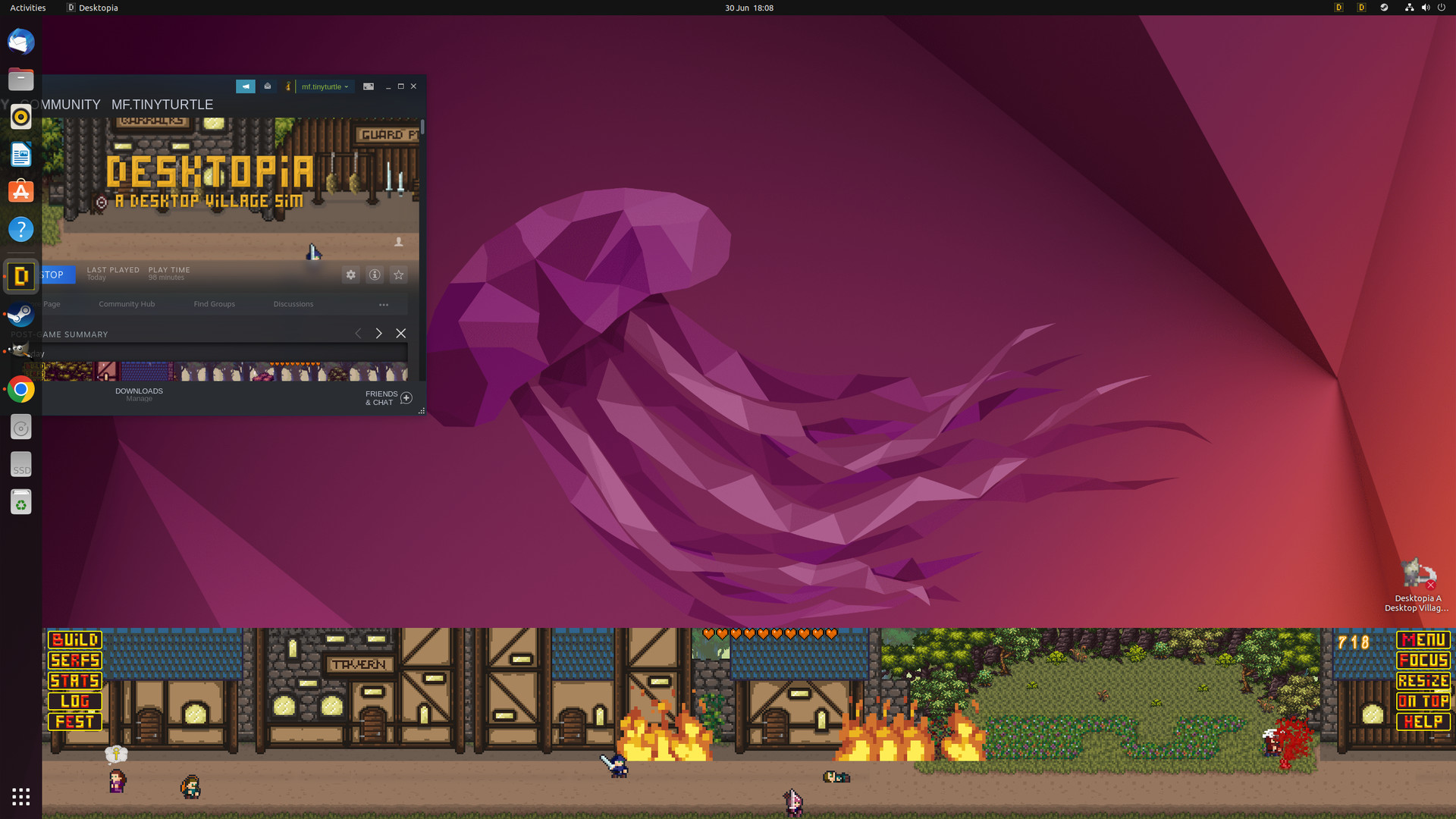 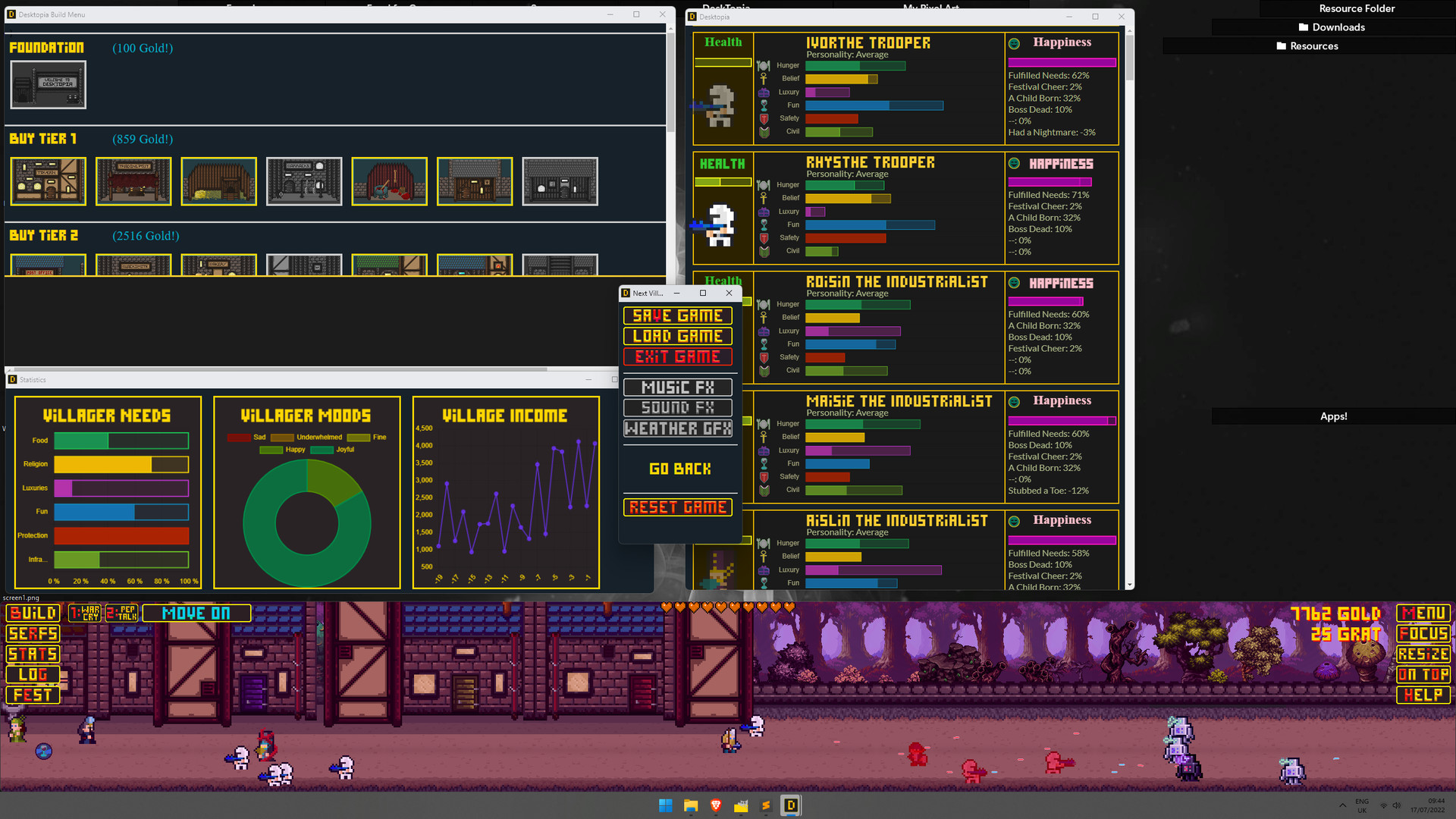 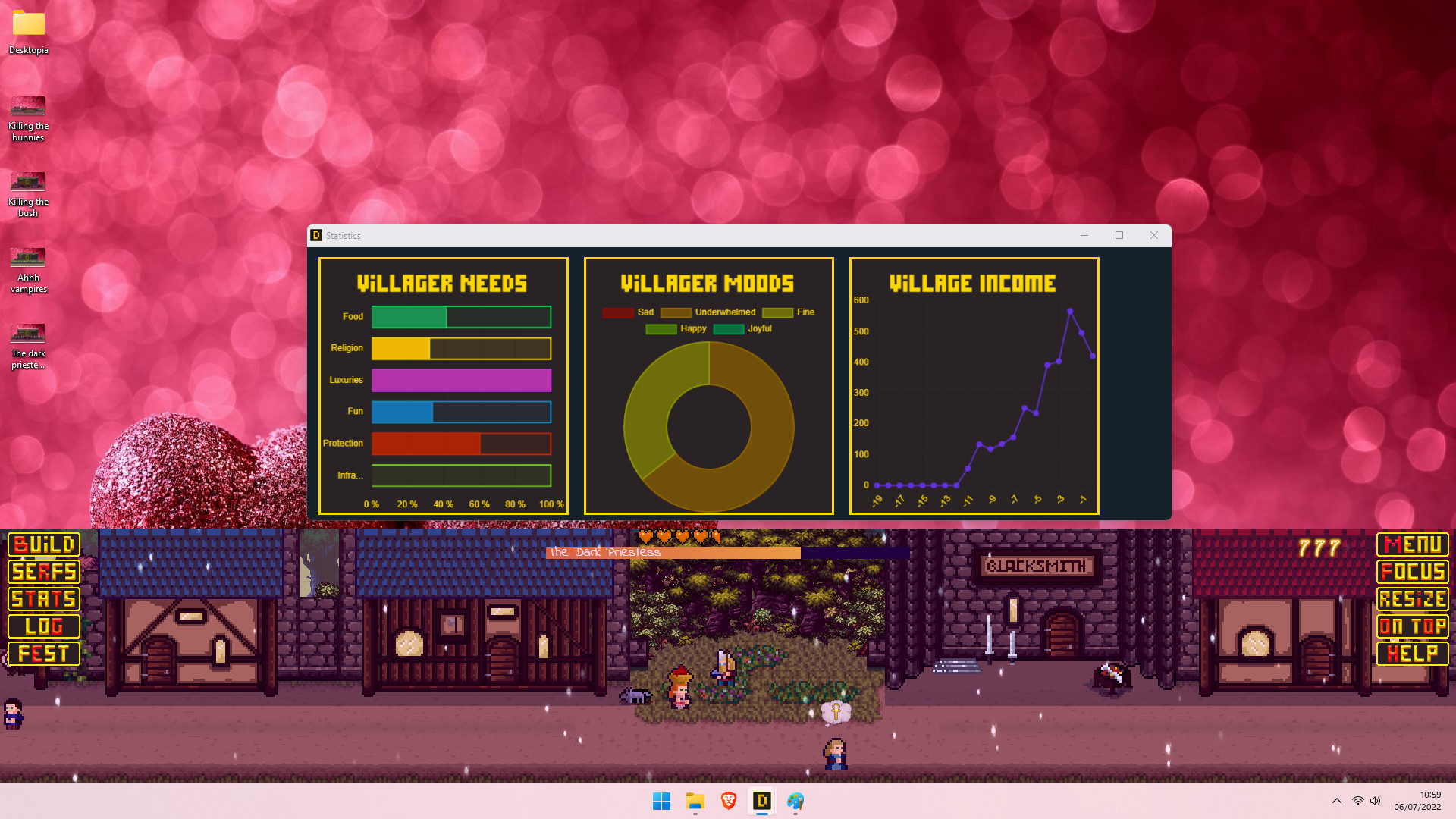 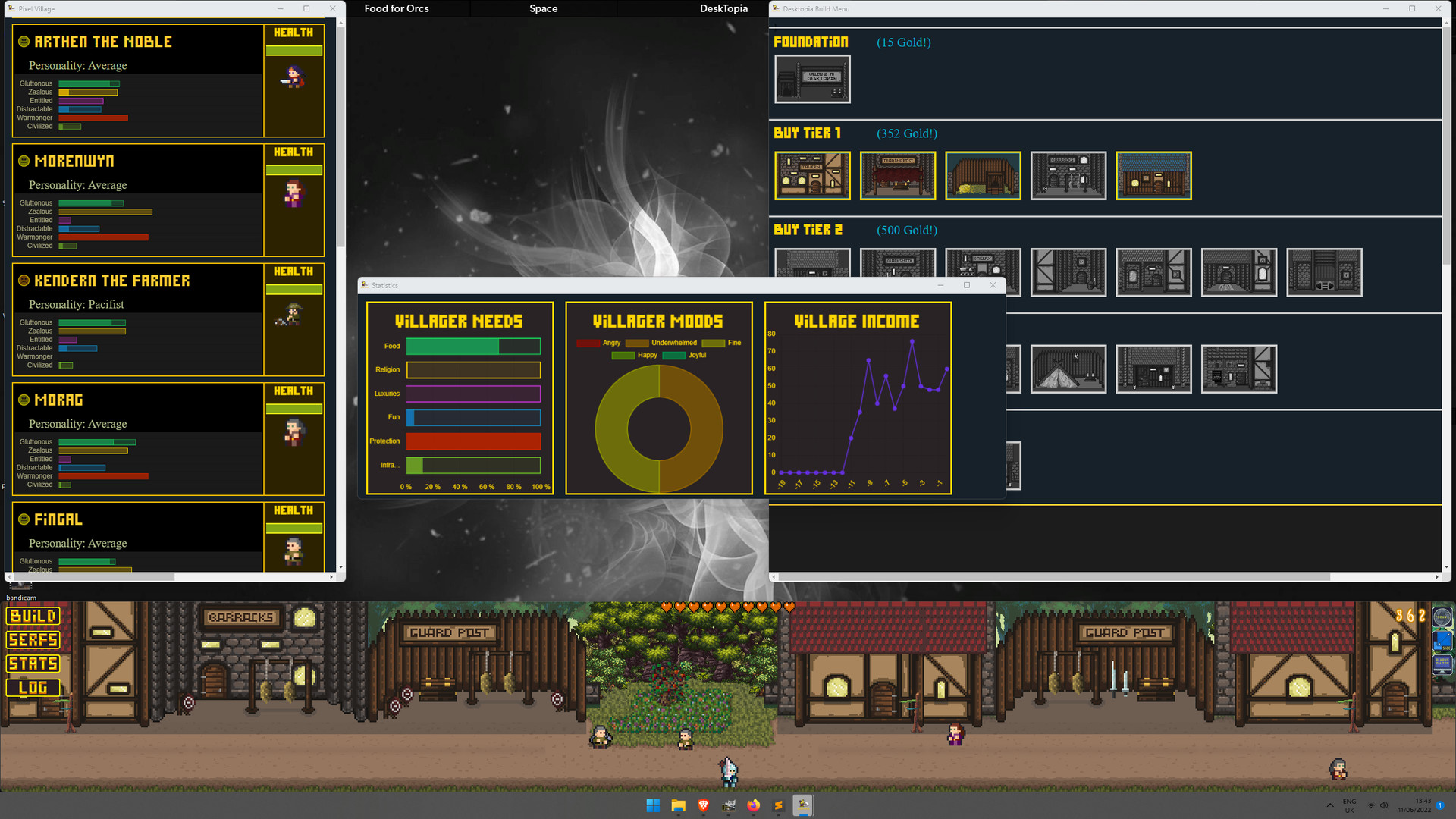 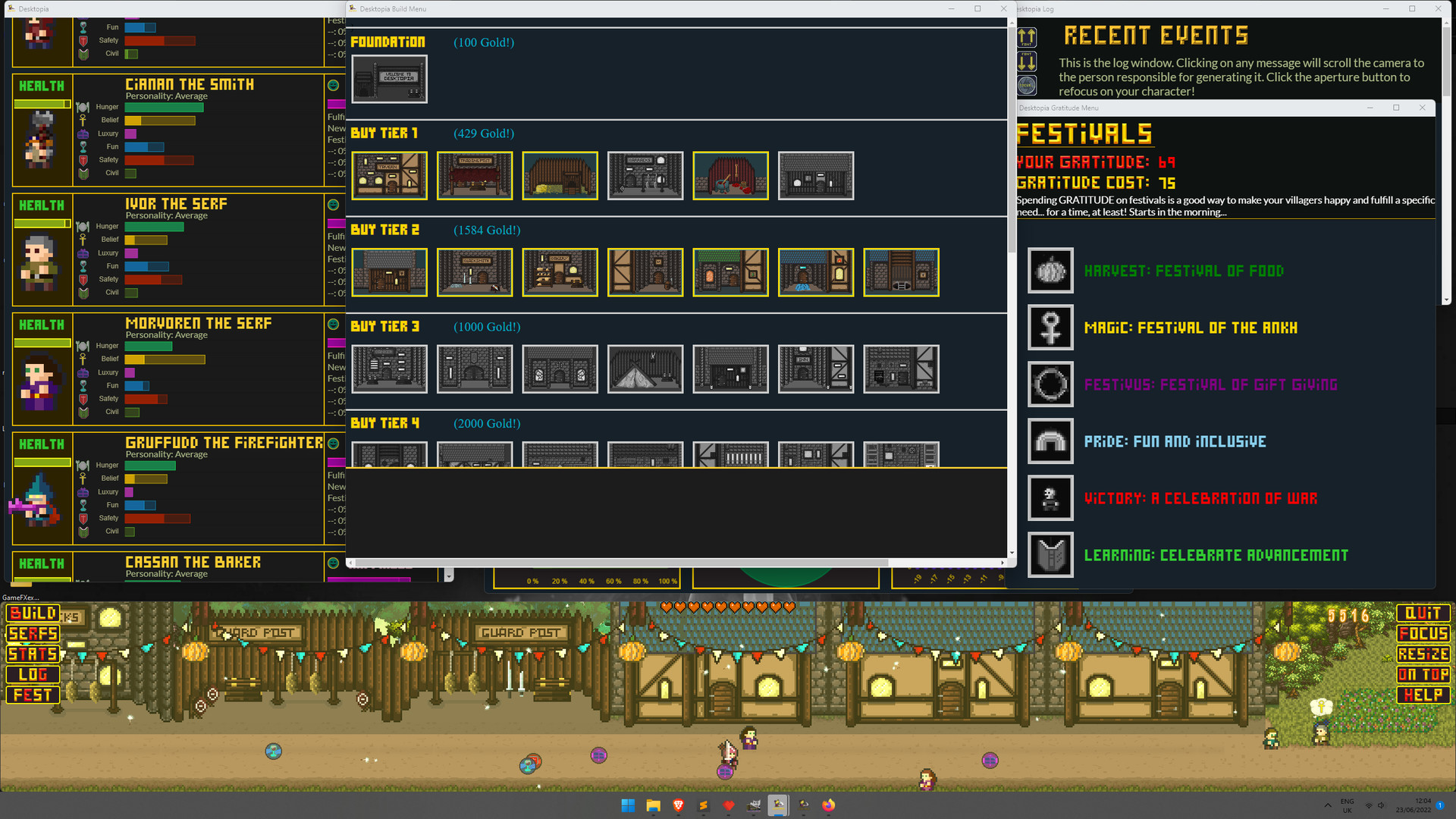 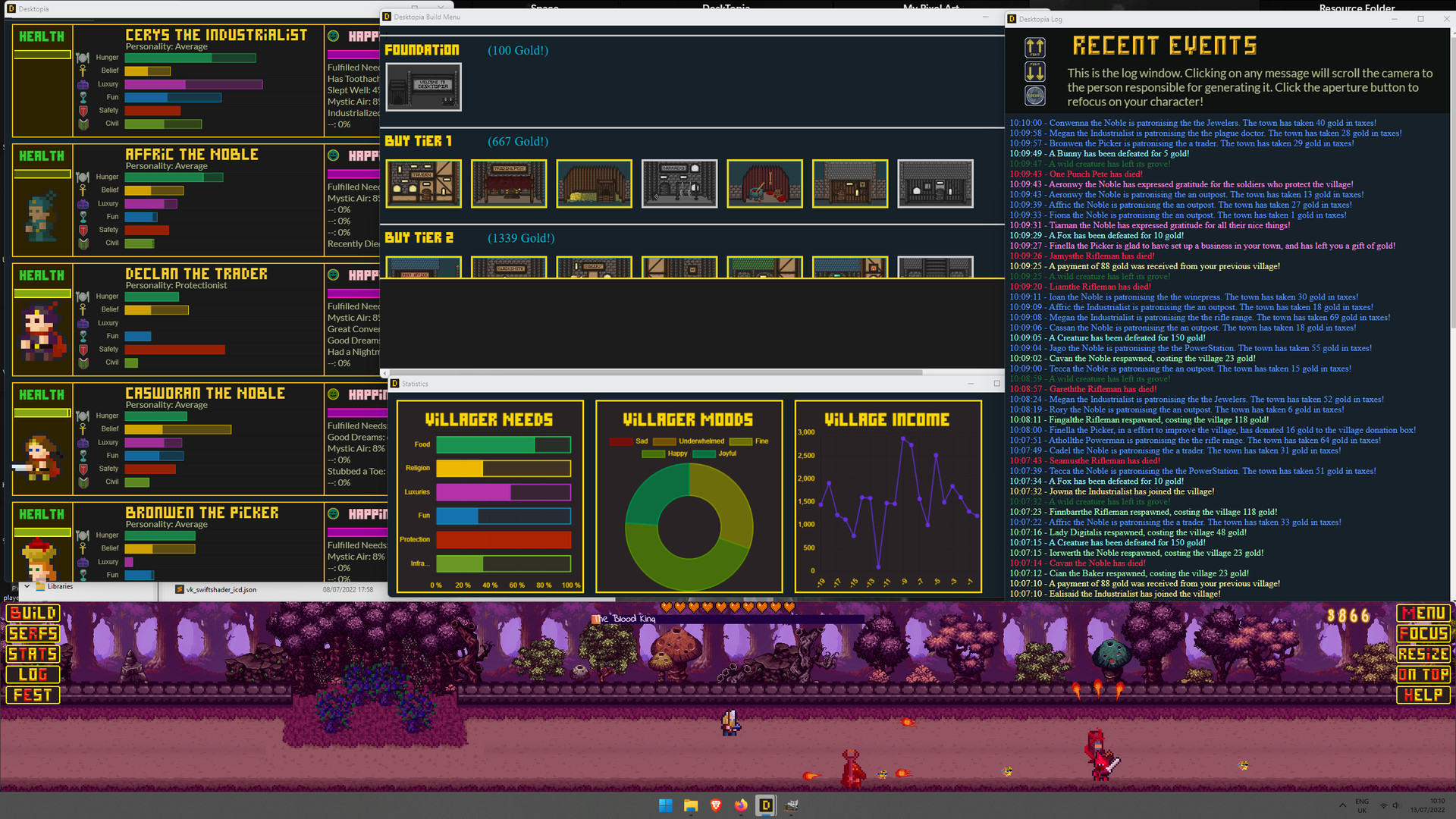 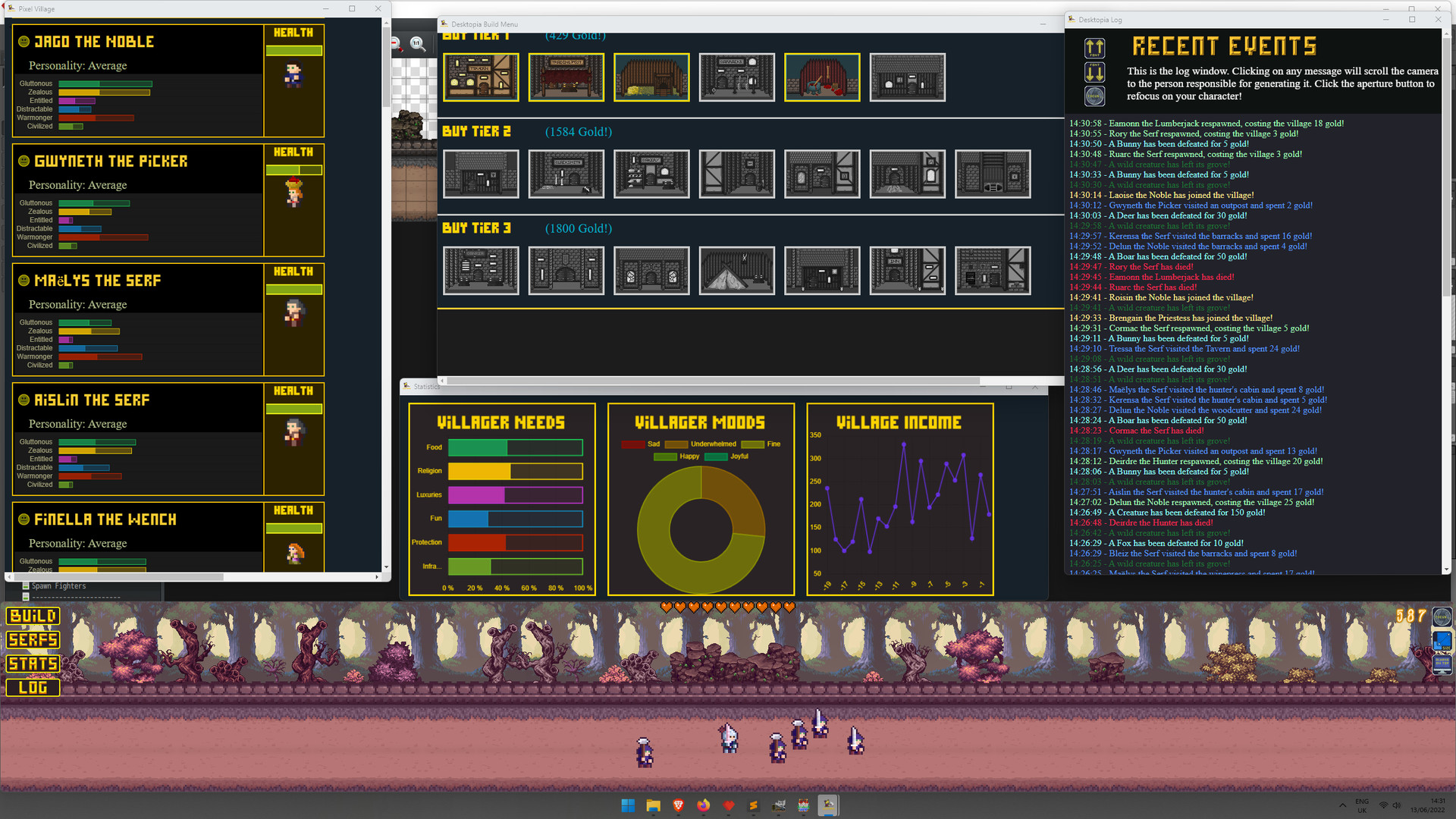 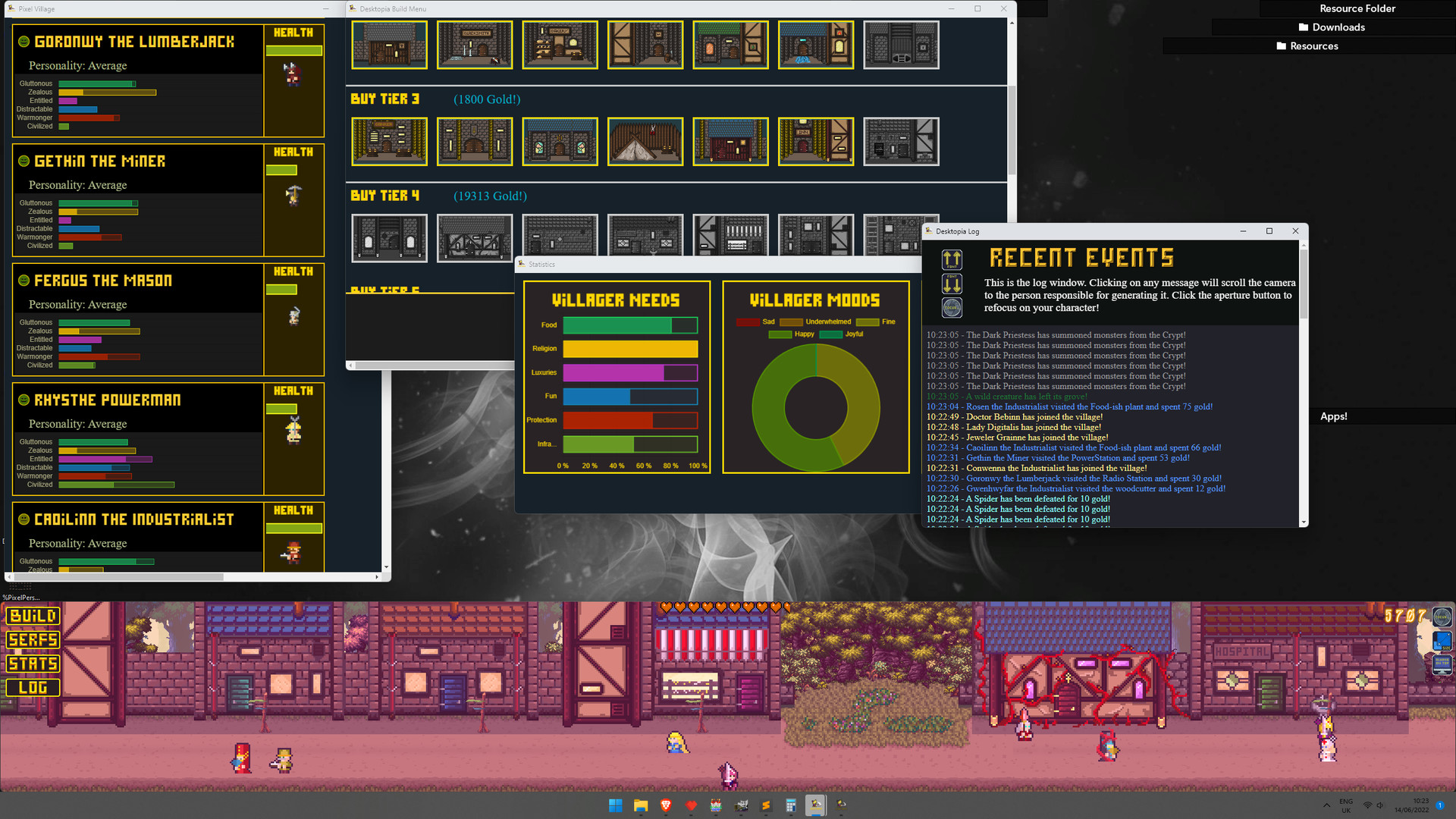 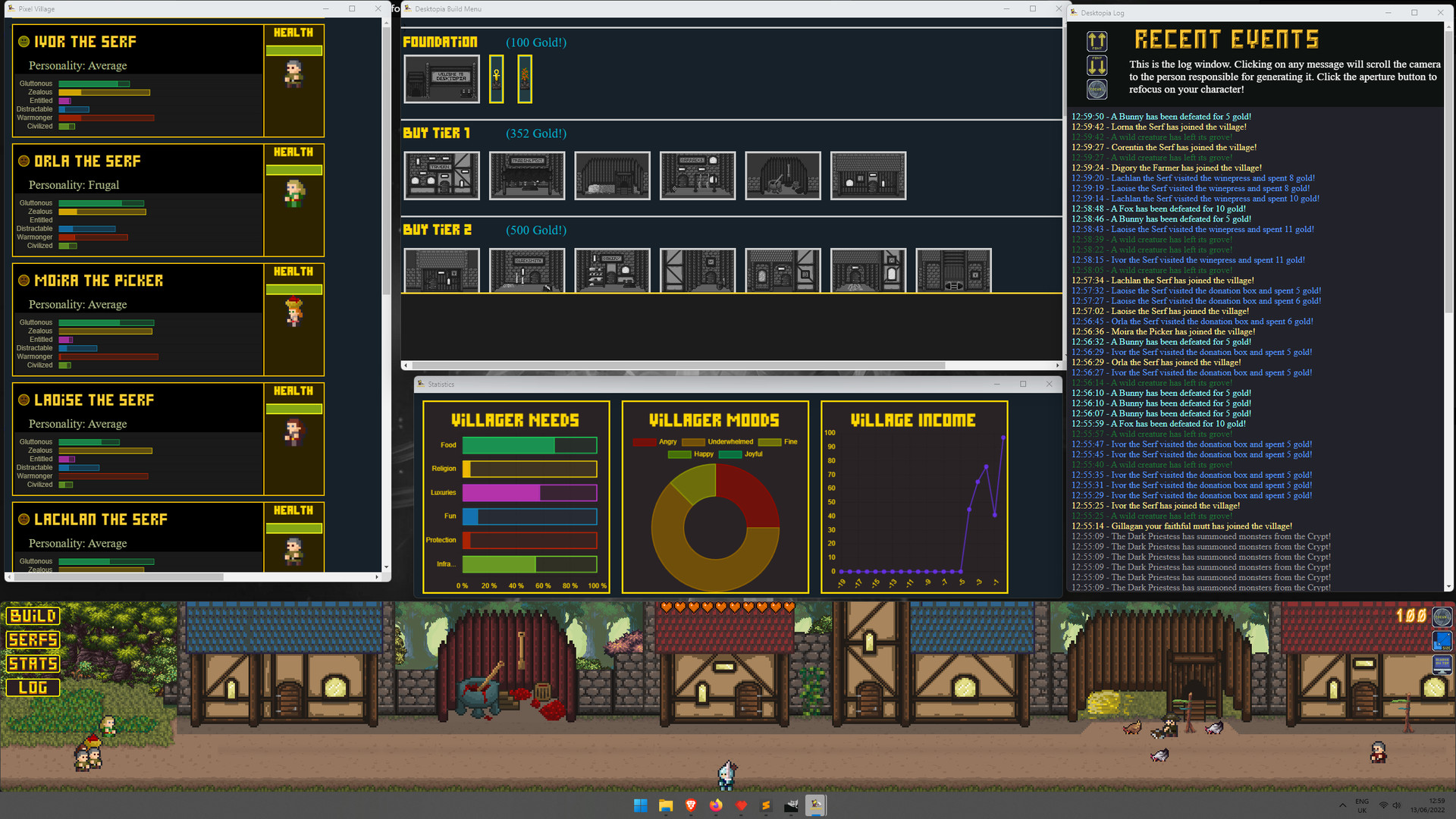 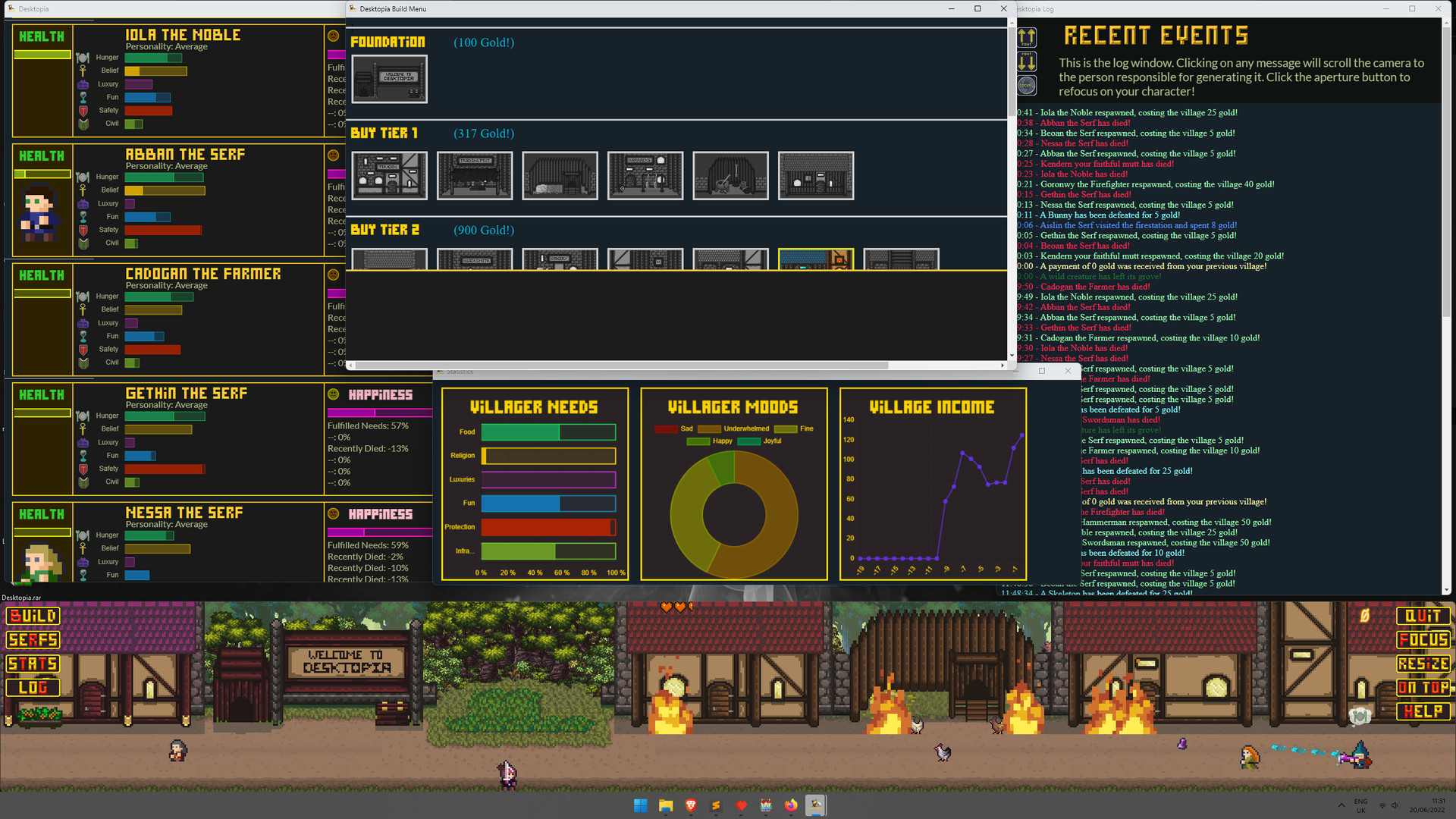 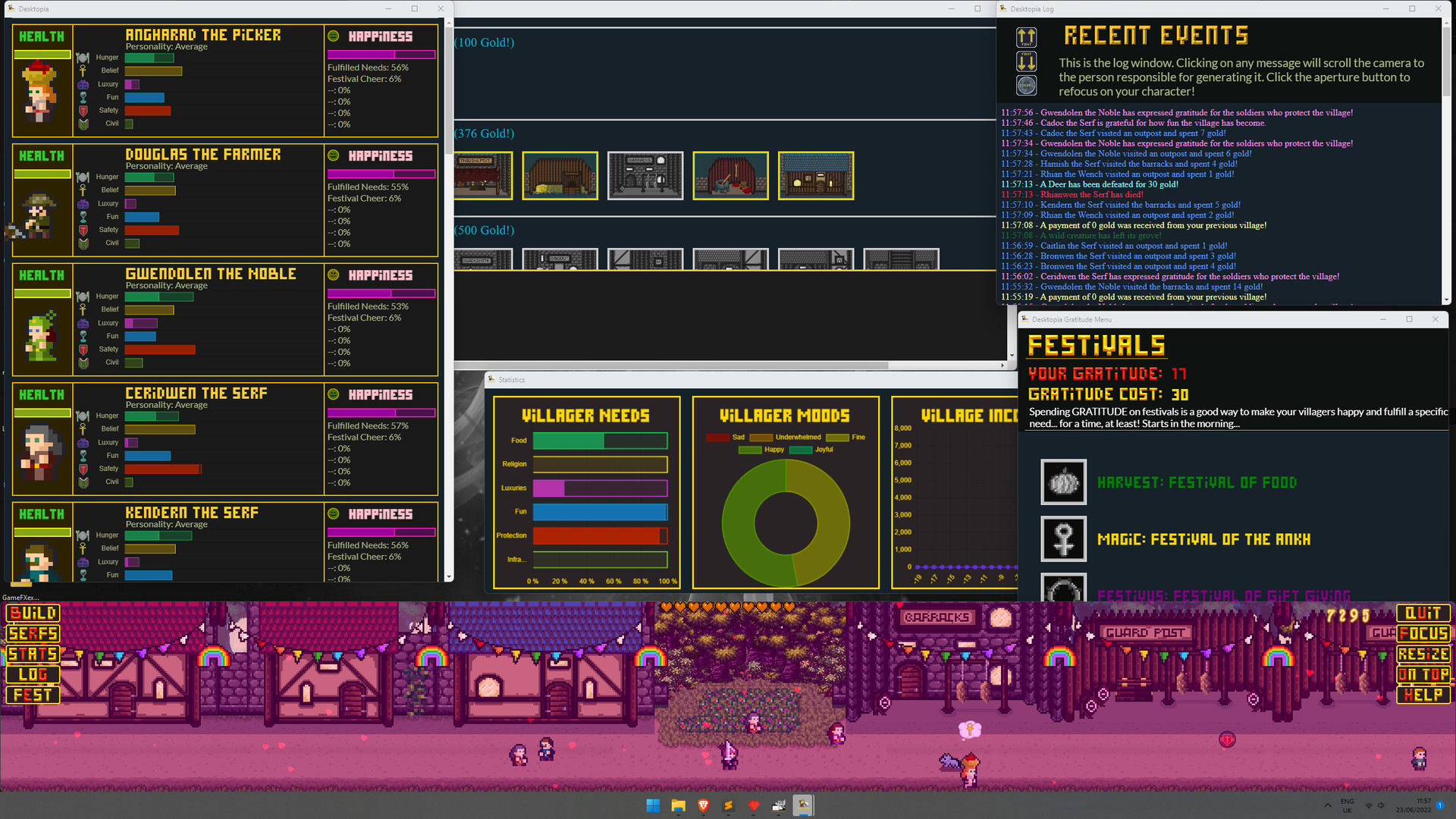 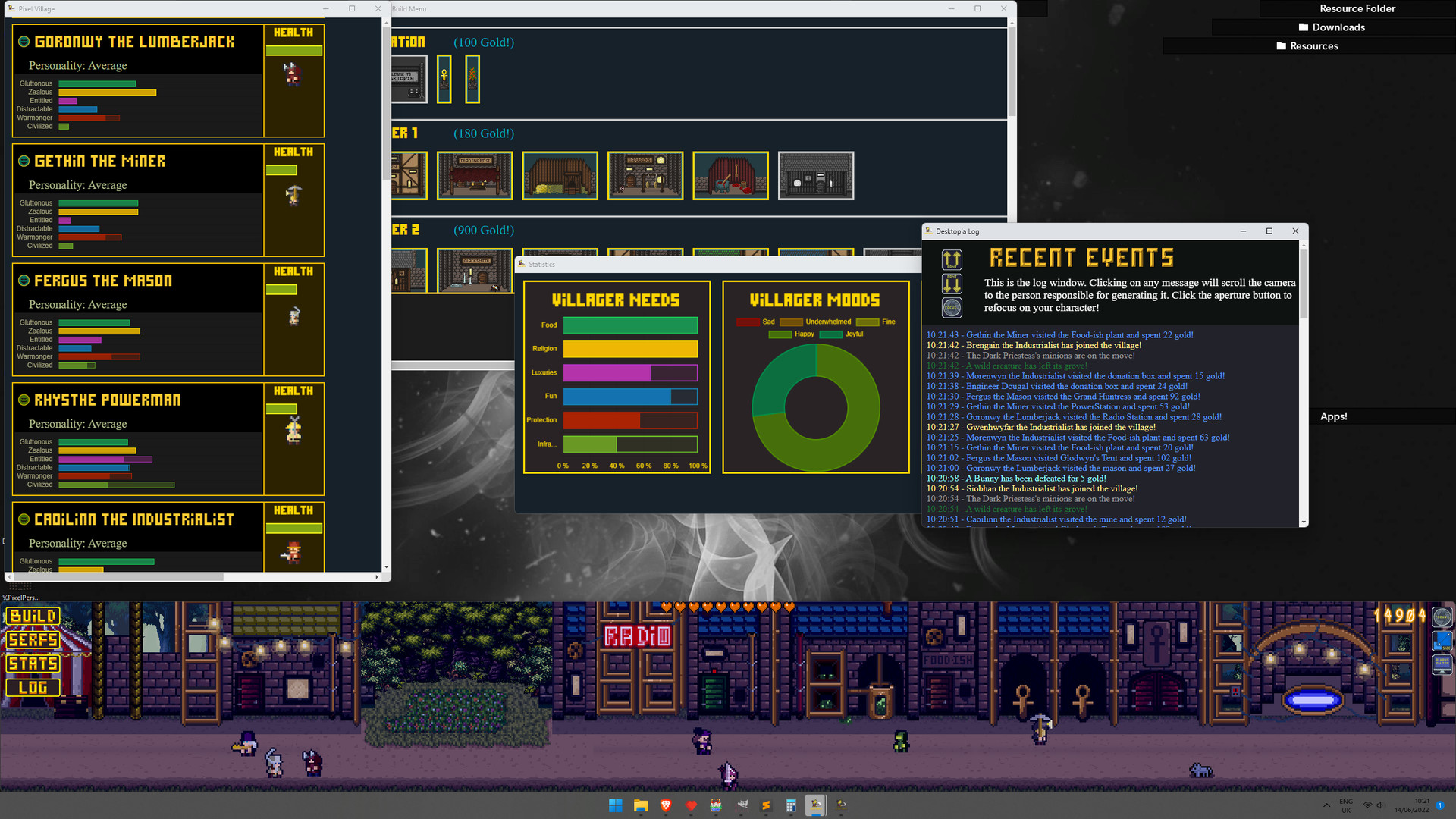 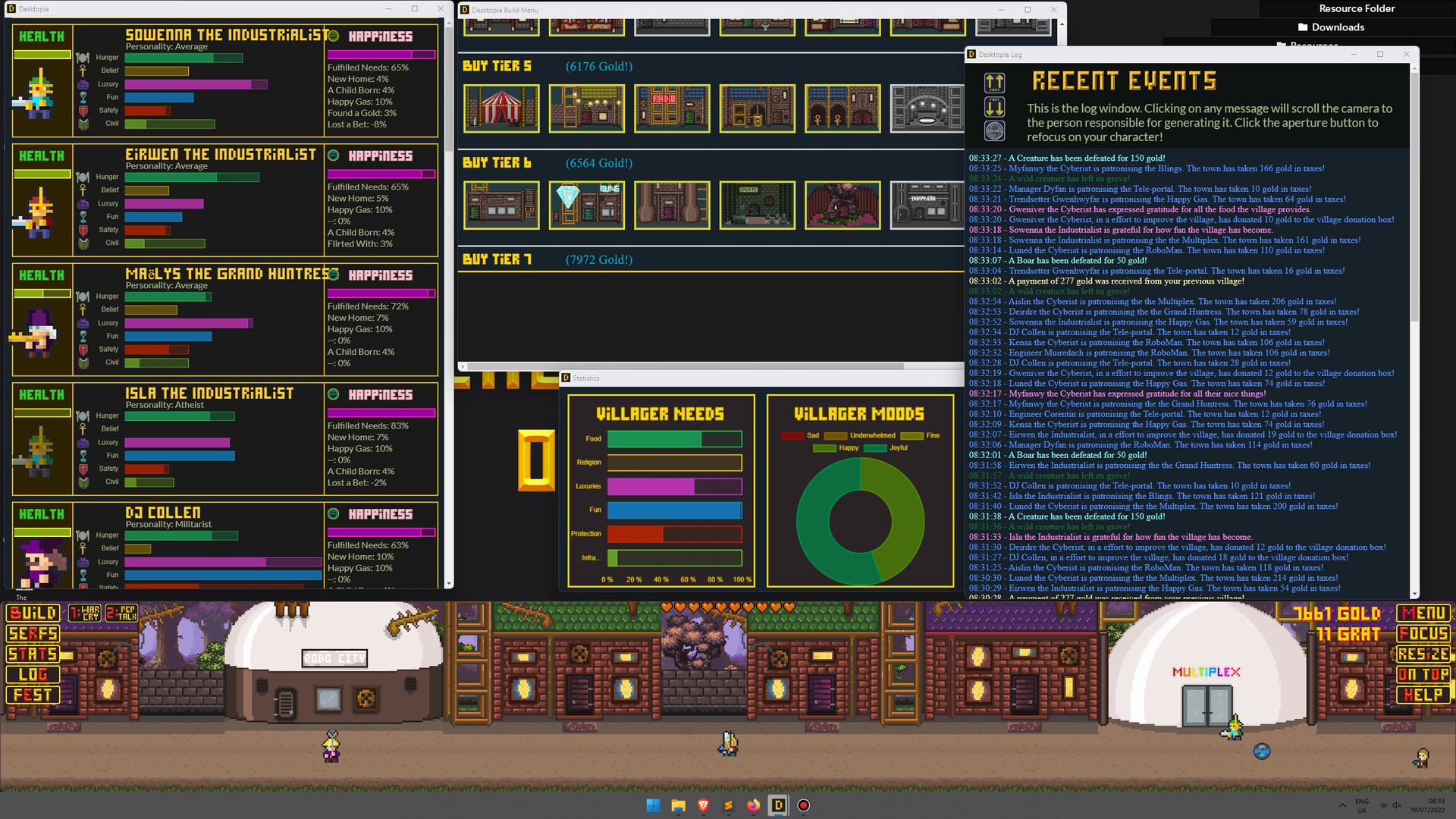 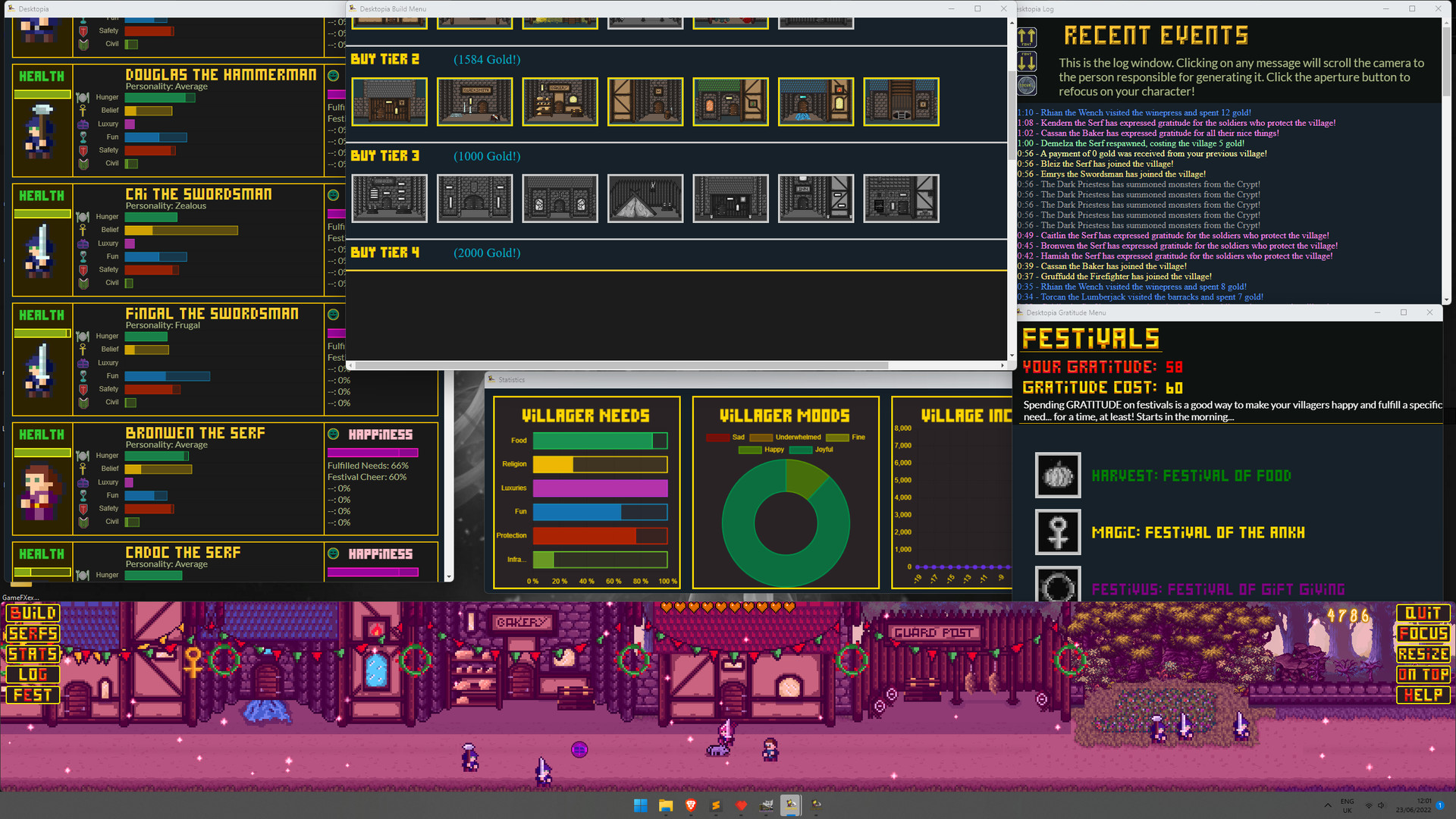 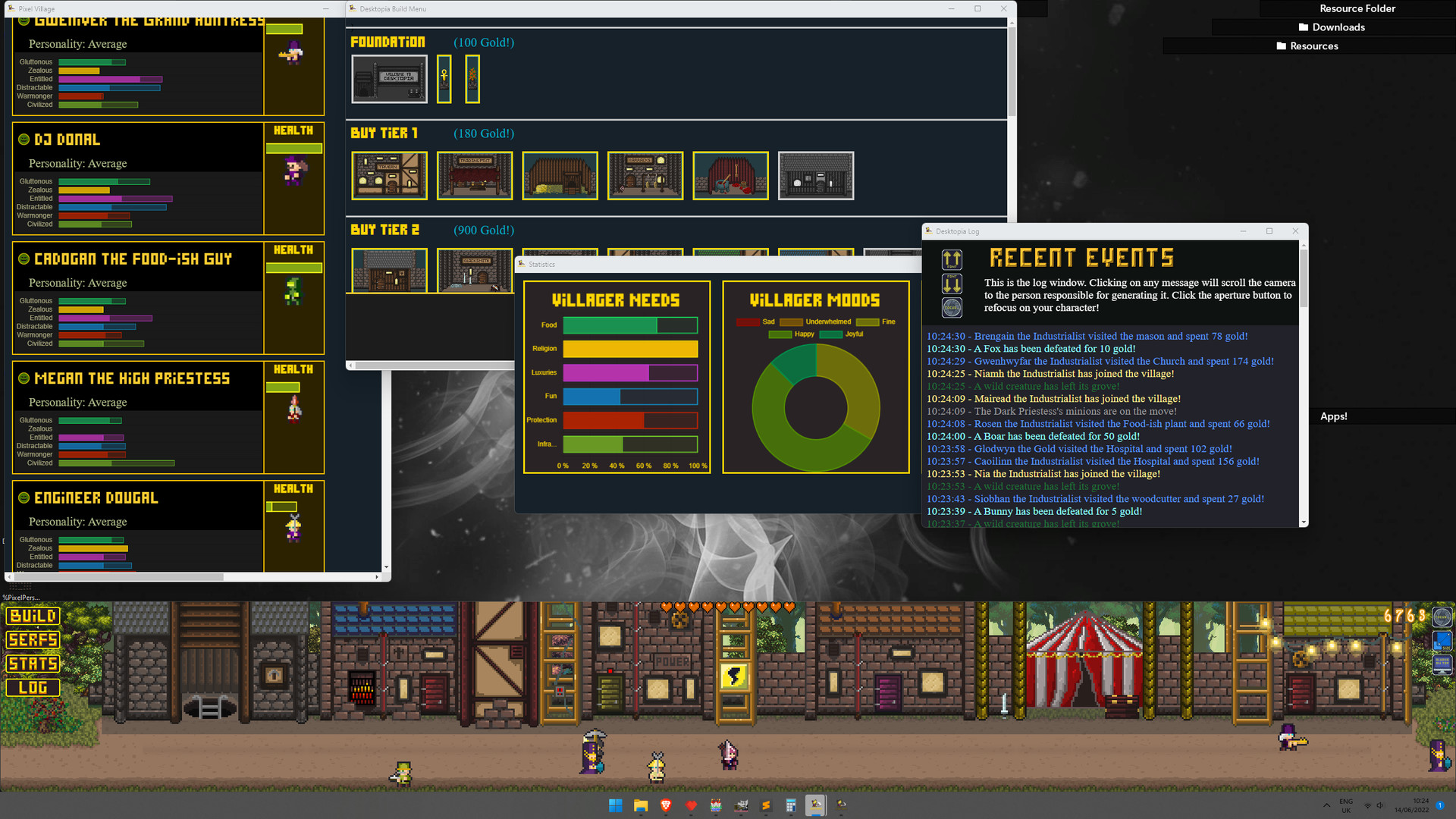 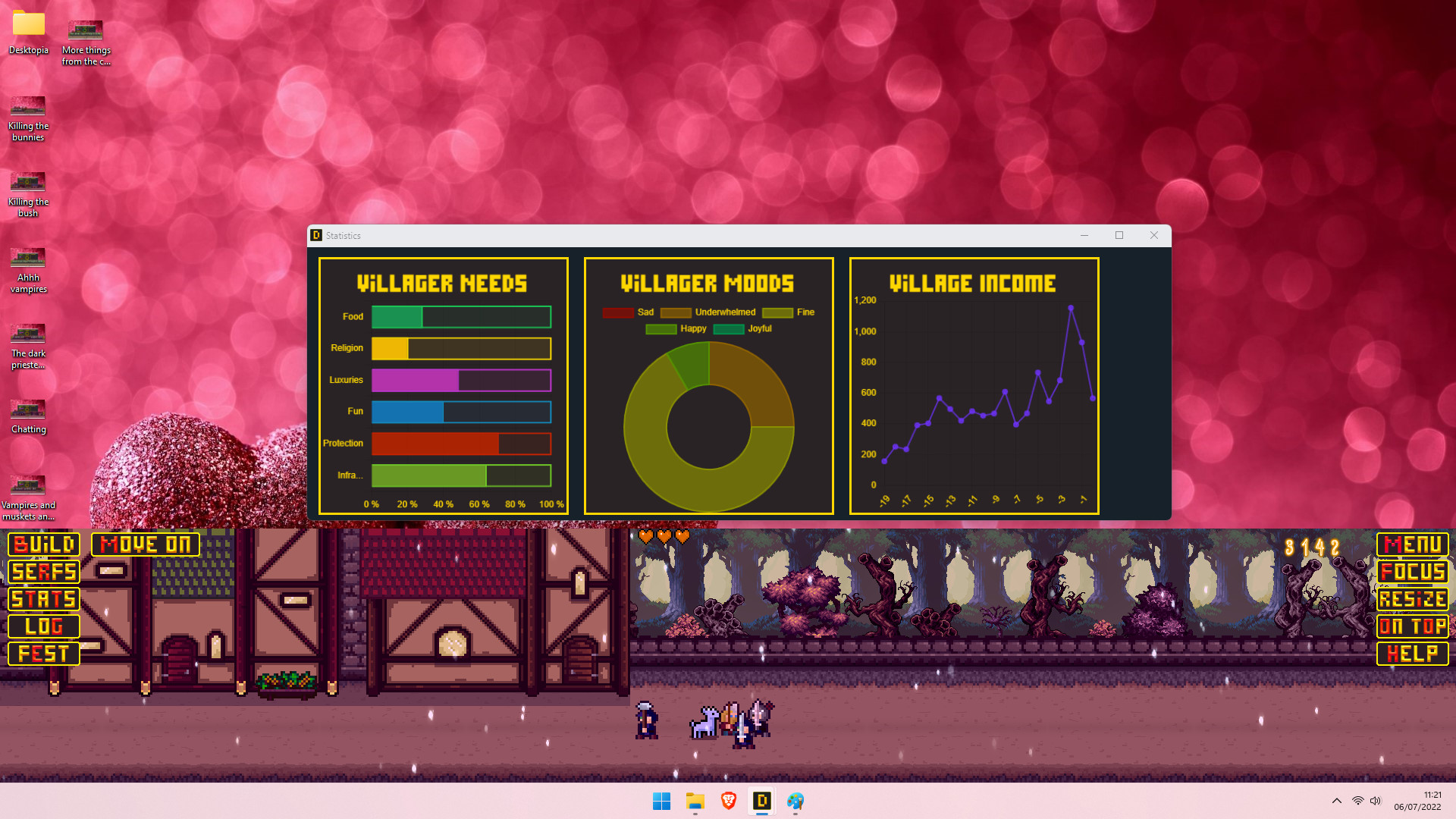 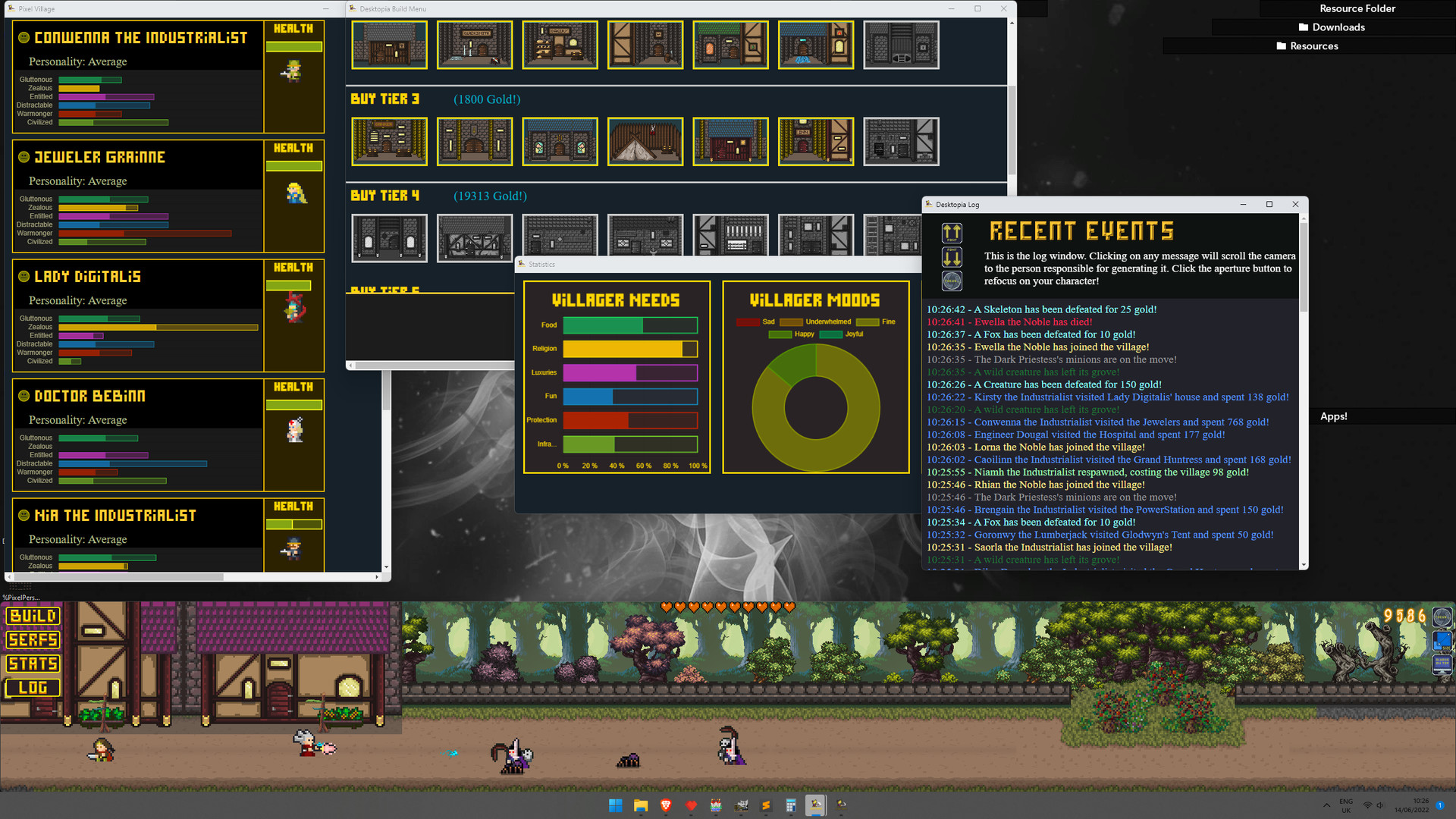 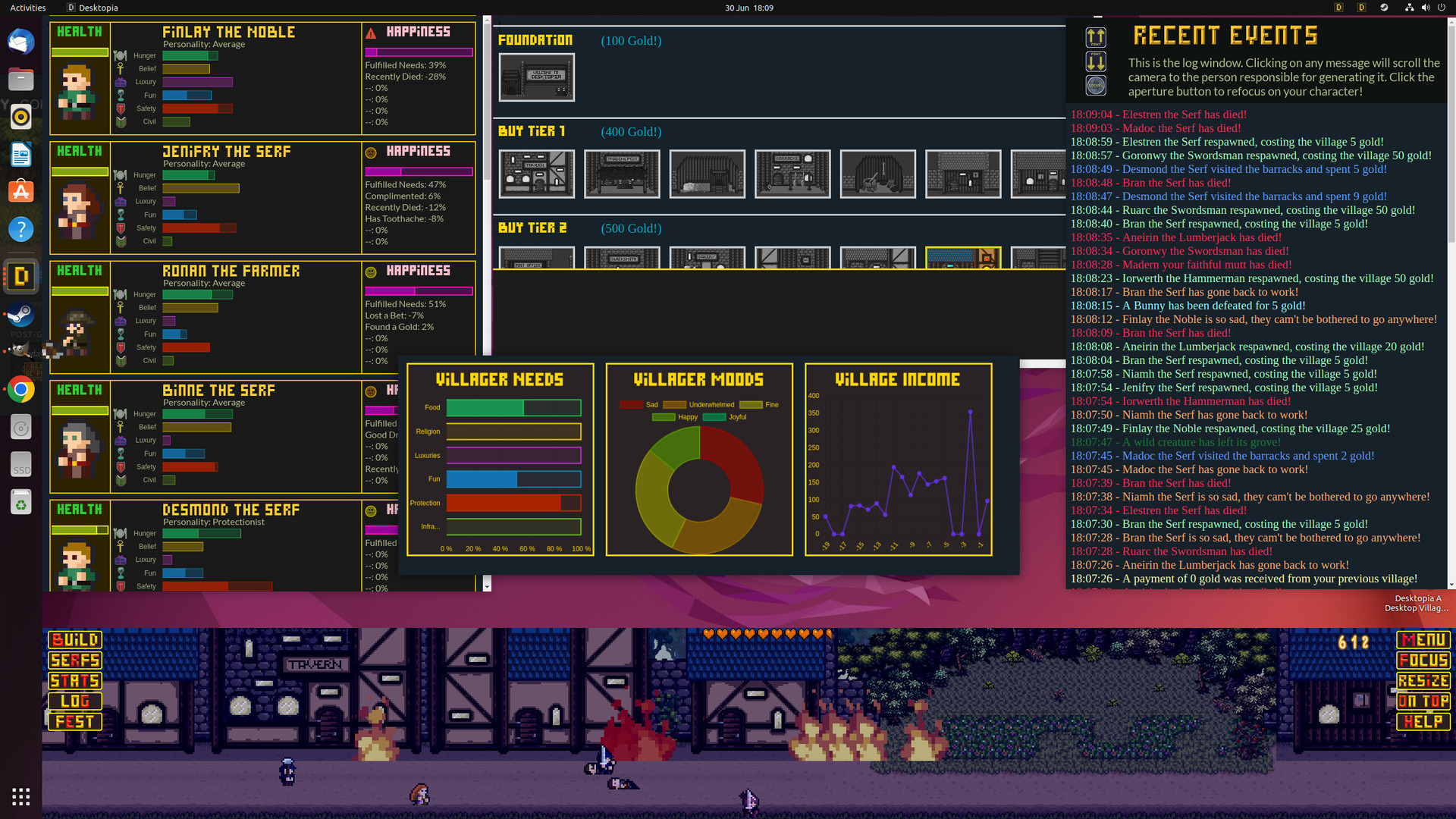 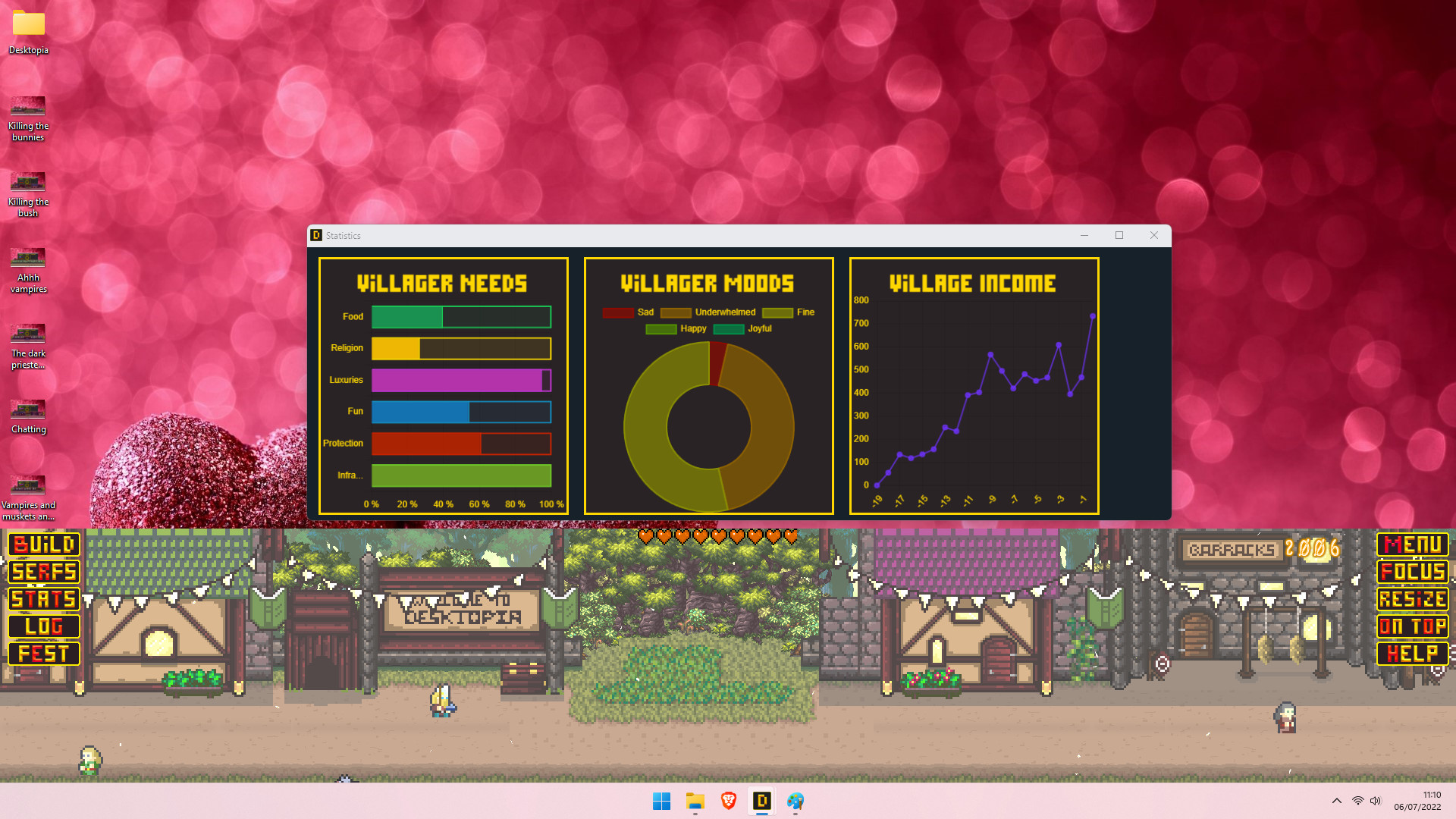 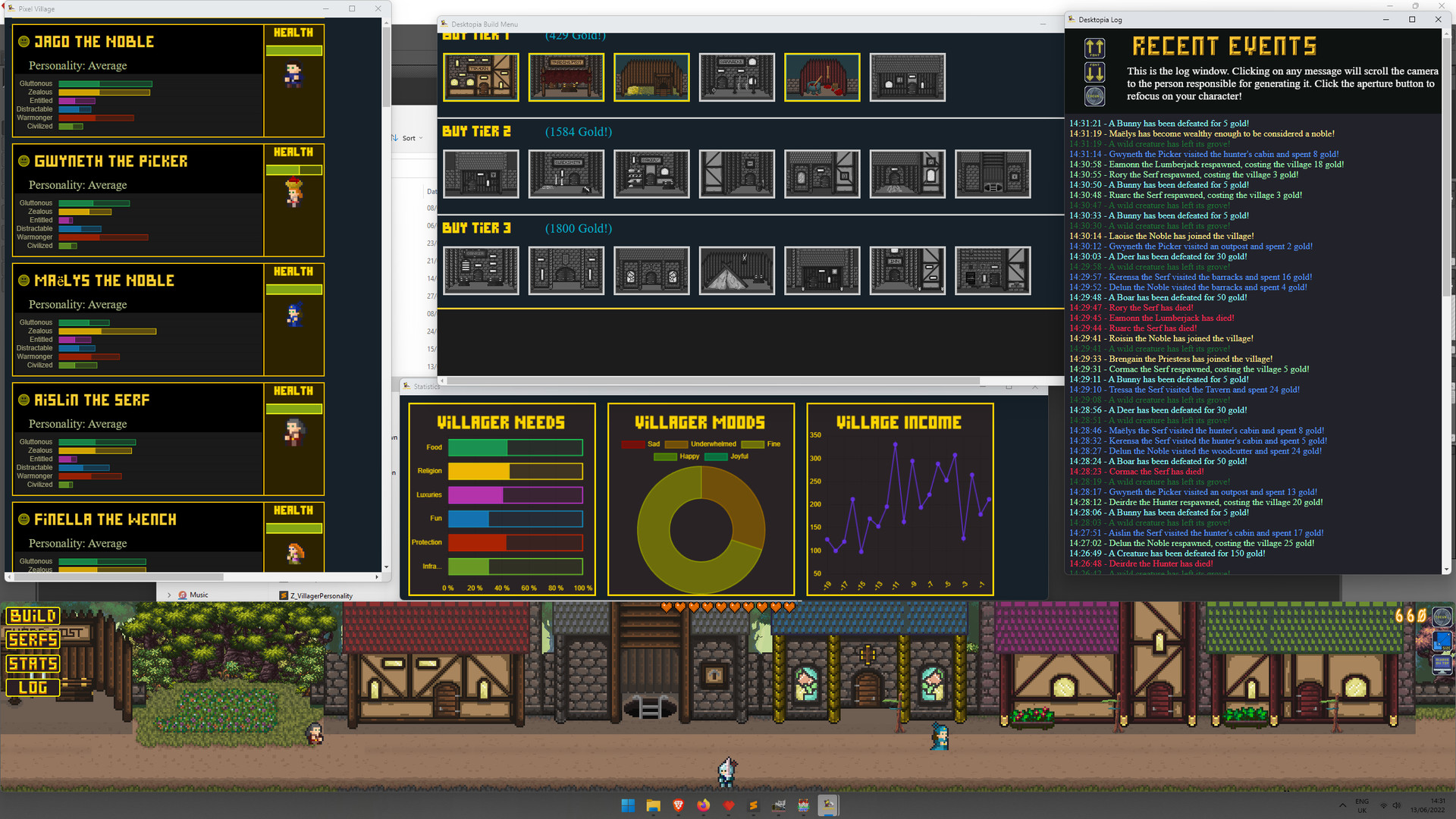 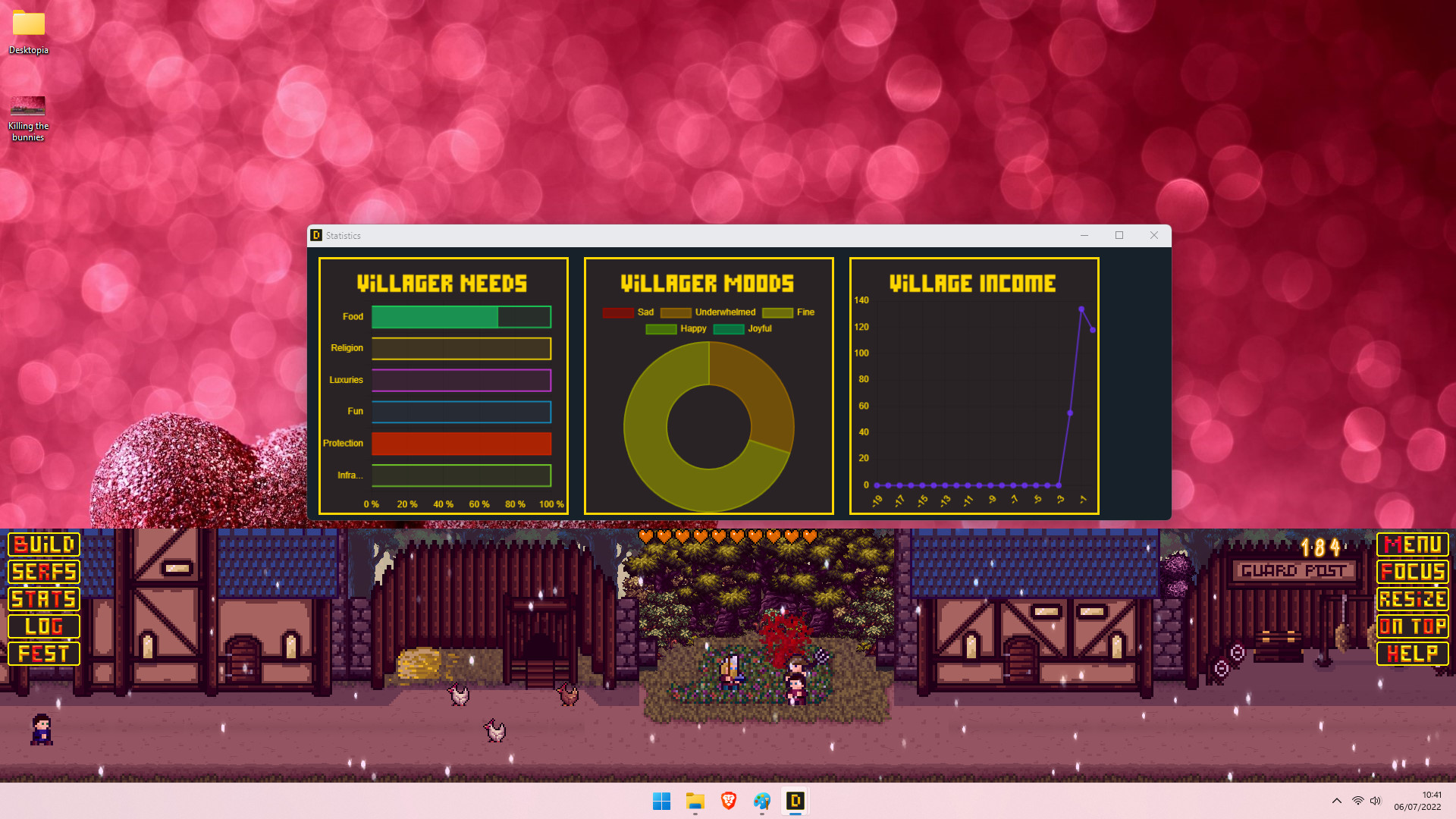 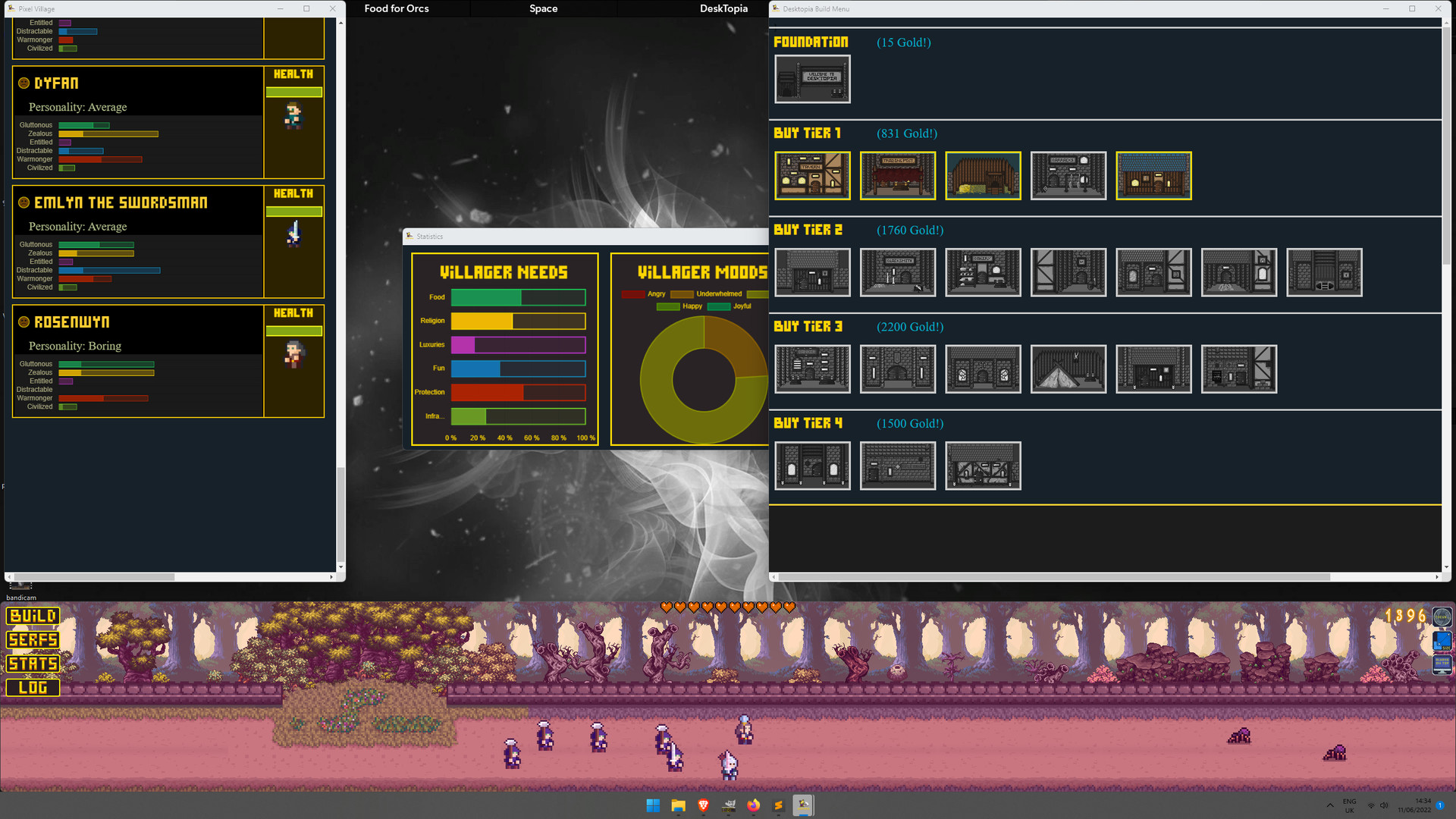 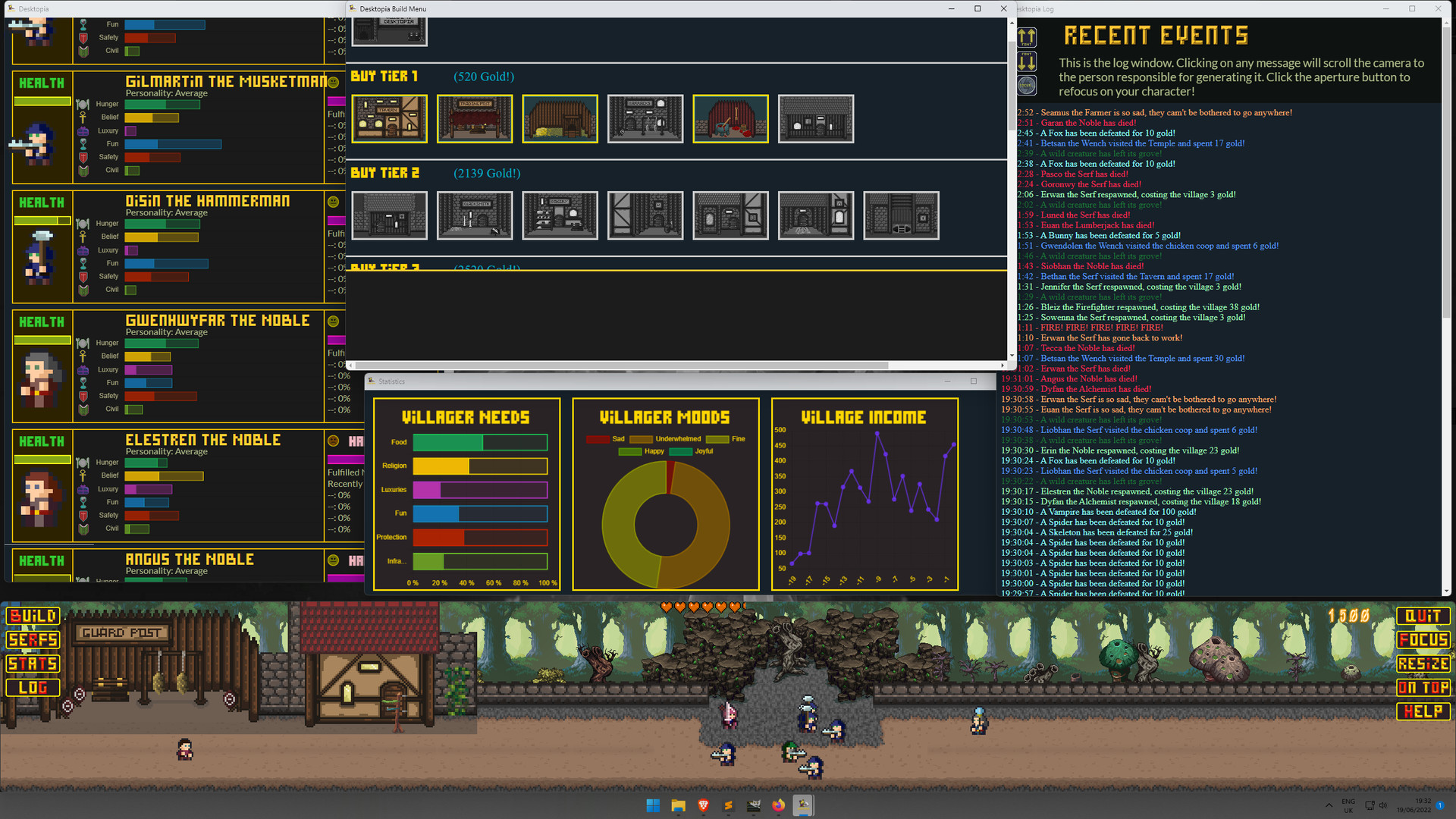 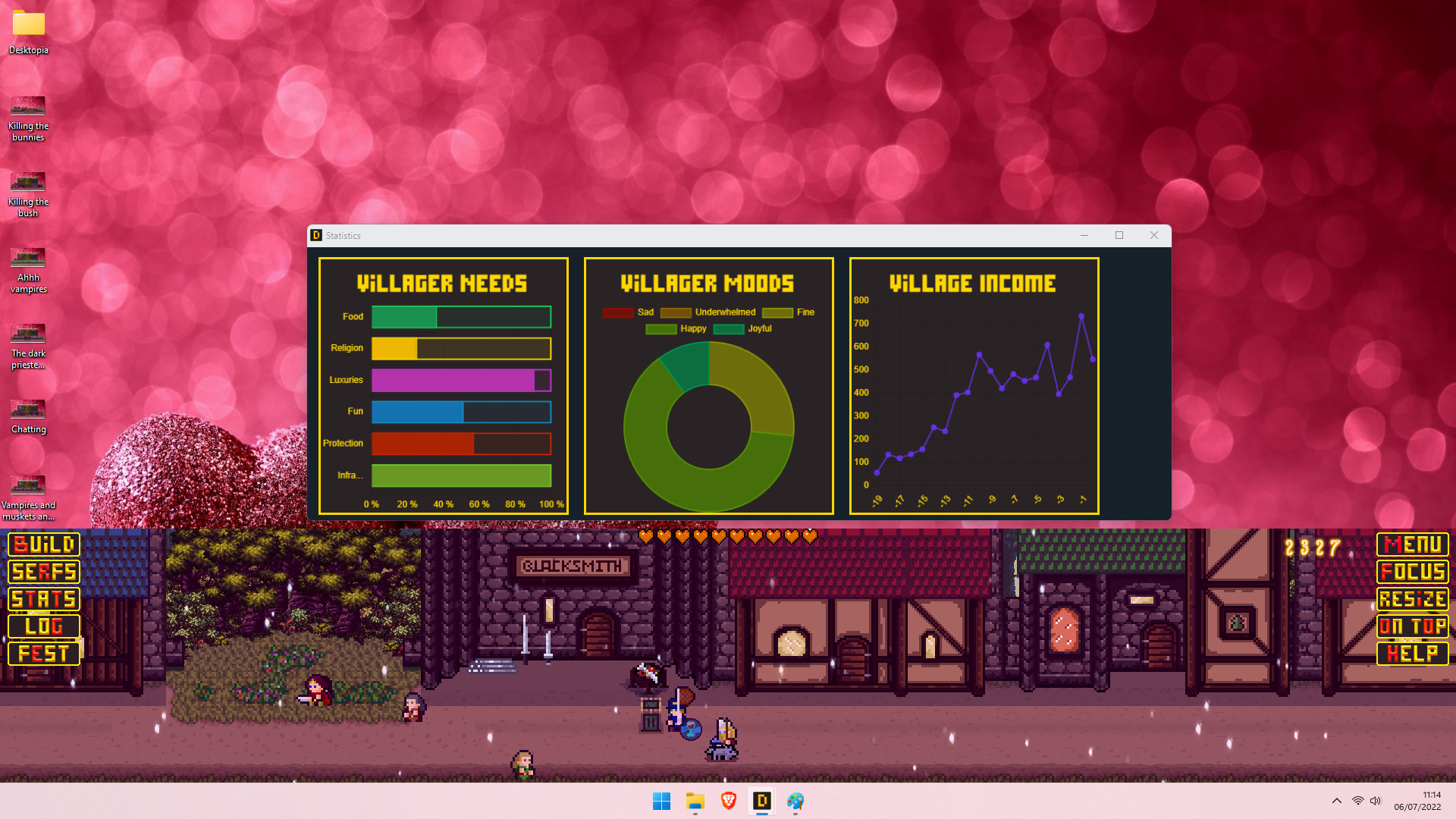 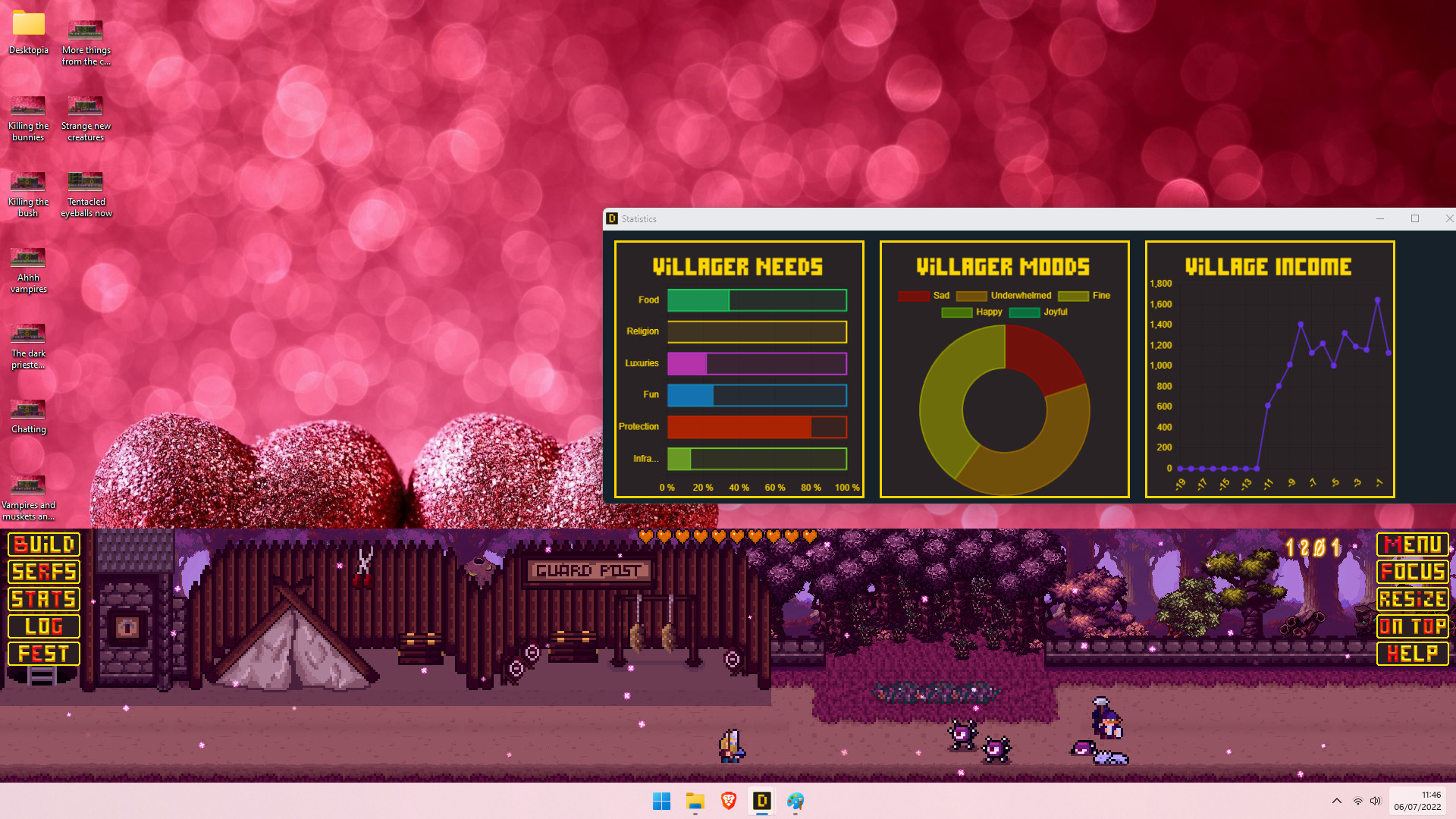 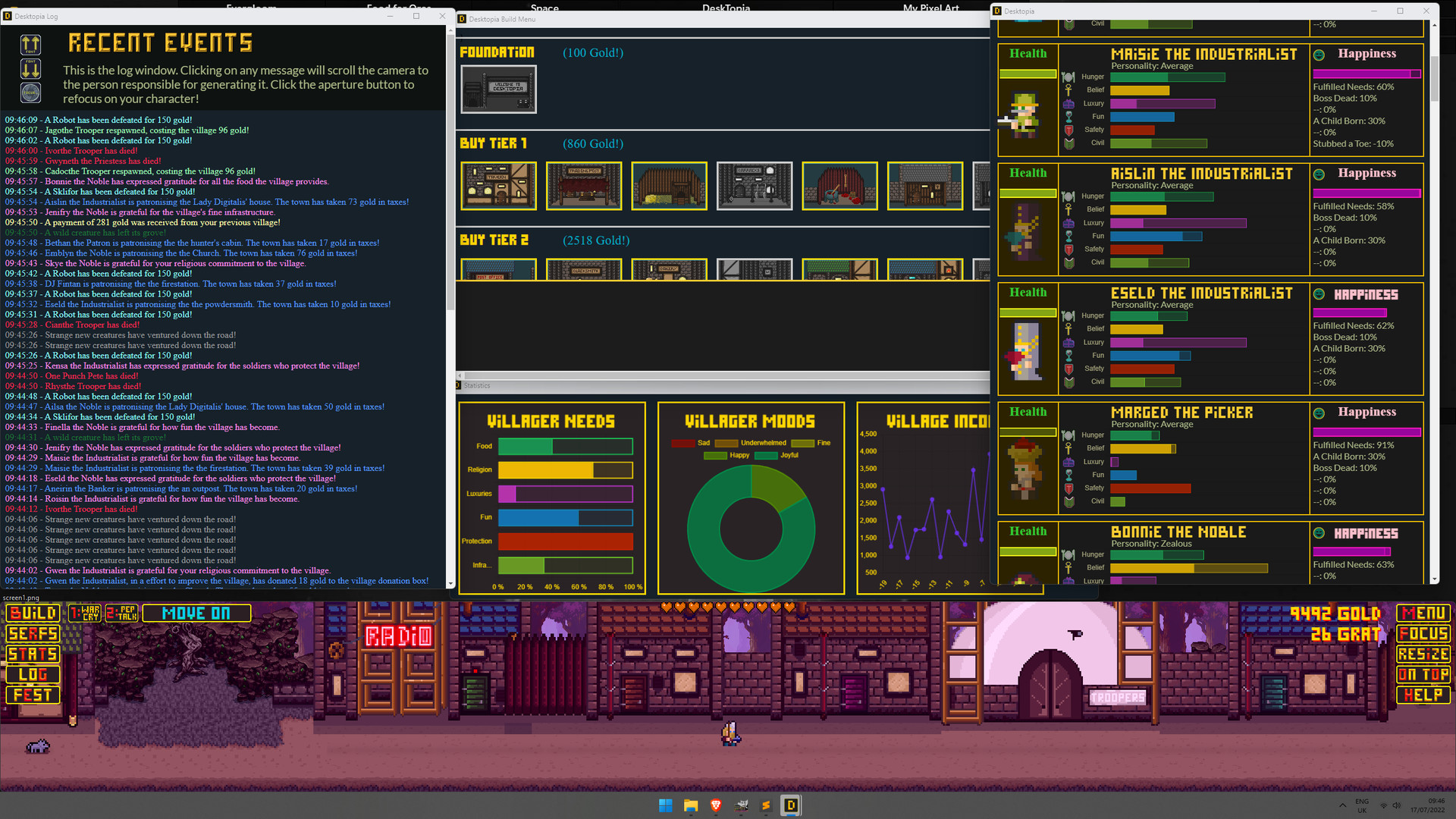