In an engineer’s dream, a world of machines using the power of magic and steam engines unfolds. In order to get out of lucid dreams, they are pioneering a path and adventuring, but increasingly, monsters of bizarre forms rather than machines begin to appear. Can the engineer escape lucid dreams?

An engineer in the industrial era has a dream. A world of machines that use the combined power of the magic and steam engines they imagined. Become a mechanical device designed by you and venture out into a lucid dream that moves as you imagine.
&quot;An engineer has to make his way out of his dreams and defeat the boss. As time passes, bizarre and powerful monsters appear and cause pain to the engineer. Can the engineer really escape lucid dreams?&quot;

Lucid Steam is a game with a fairly complex system. Basically, it is a rogue-like game dealing with turn-based dungeon crawling, and you have to develop a path, design, and battle with items as well. The dice arrangement battle also includes a luck element, and when the depth of play increases, it becomes more fun to play. Use the synergy of various equipment and artifacts to pave the way and defeat the boss!

In the game map, you can explore and move to earn loot. Tiles with monsters placed on them, tiles with loot chests, event tiles where you don’t know what’s going to happen, and so on.

The route card is the card that makes the way. It can be distinguished by a yellow icon. When constructing a path, you can rotate a given path. However, in the case of a tile that has been constructed, the path is fixed unless it is a special case.

Move cards are cards that allow you to move between created routes. It can be distinguished by a green icon. Unless in special cases, only the connection path can be moved. There are special movement cards such as a jump that can move a path that is not connected, and a pioneer that makes a path on the path after moving a path that is not connected.

There are also tiles on which monsters are placed. It’s up to the player to decide whether to take a new path to avoid it or fight and move forward. Items can be obtained when the battle is over.

Tiles with question marks don’t know what to expect. Encounter other special tiles such as optional events, shops, treasure chests, and battles.

Lucid Steam explores the basic cards and dungeons that are initially given, and a deck of new cards is given. When this deck is exhausted, the player must use his hand to proceed to the next floor. If you fail to reach the next floor, you lose. You can also lose health in battle, and losing all health will result in loss.

Avoiding battles in the game map from scratch and focusing solely on map design is not a good option. The nightmare gauge that accumulates as the turn passes, increases the monster’s stats as the stage passes. It is initialized when moving to the next stage.

The battle takes place when encountering a monster. At the beginning of the turn, you roll the dice to see the result and choose your action. The dice consists of three scales: physical attack, magic attack, and defense. After the dice are rolled, it is important to use items that add dice scales or swap equipment to take advantage of yourself this turn.

Equipment item has 11 different states, and some equipment has special effects.

If you use a token in battle, you get a dice scale that matches that pattern. Tokens can be used as keys on the game map. 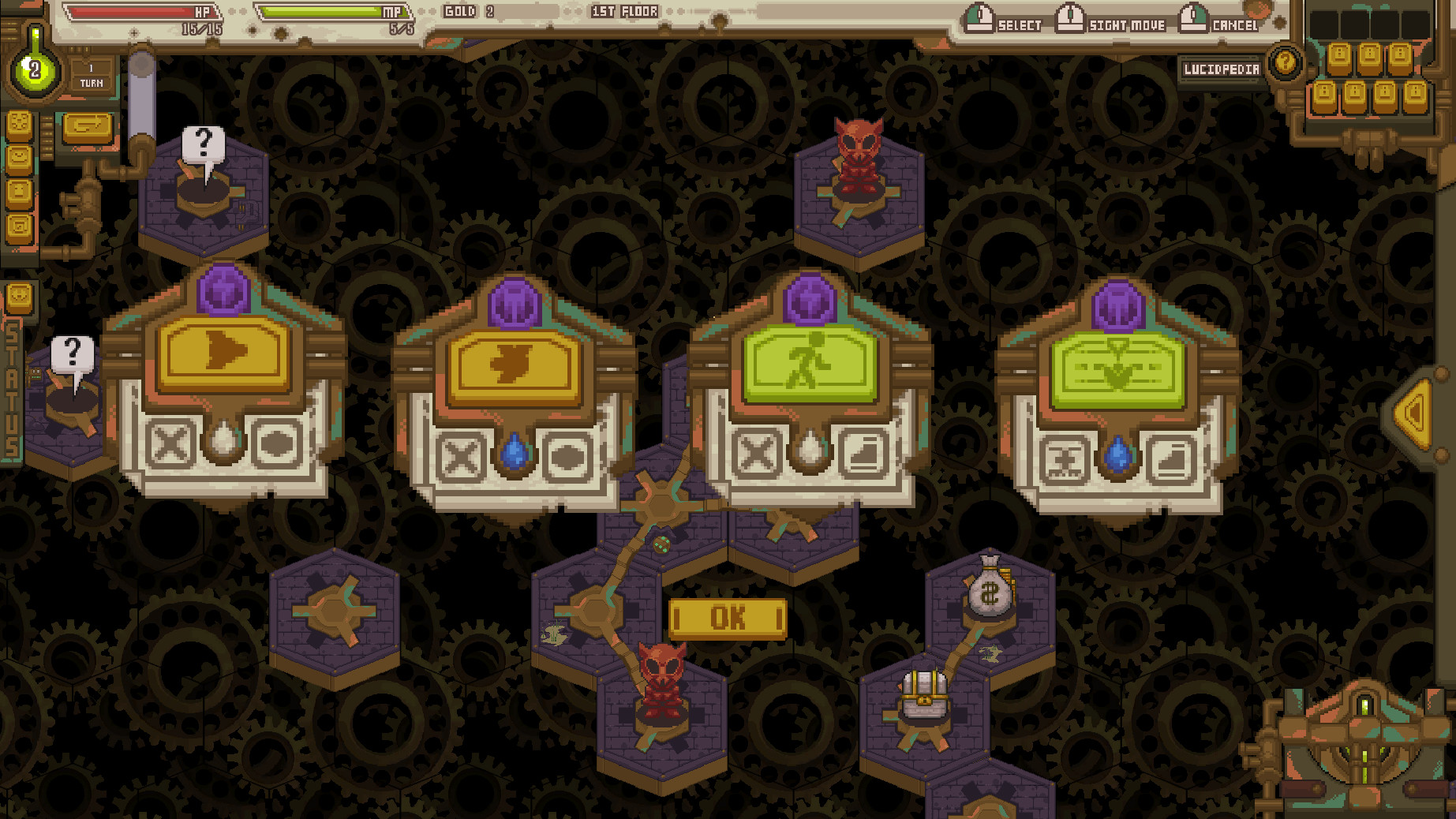 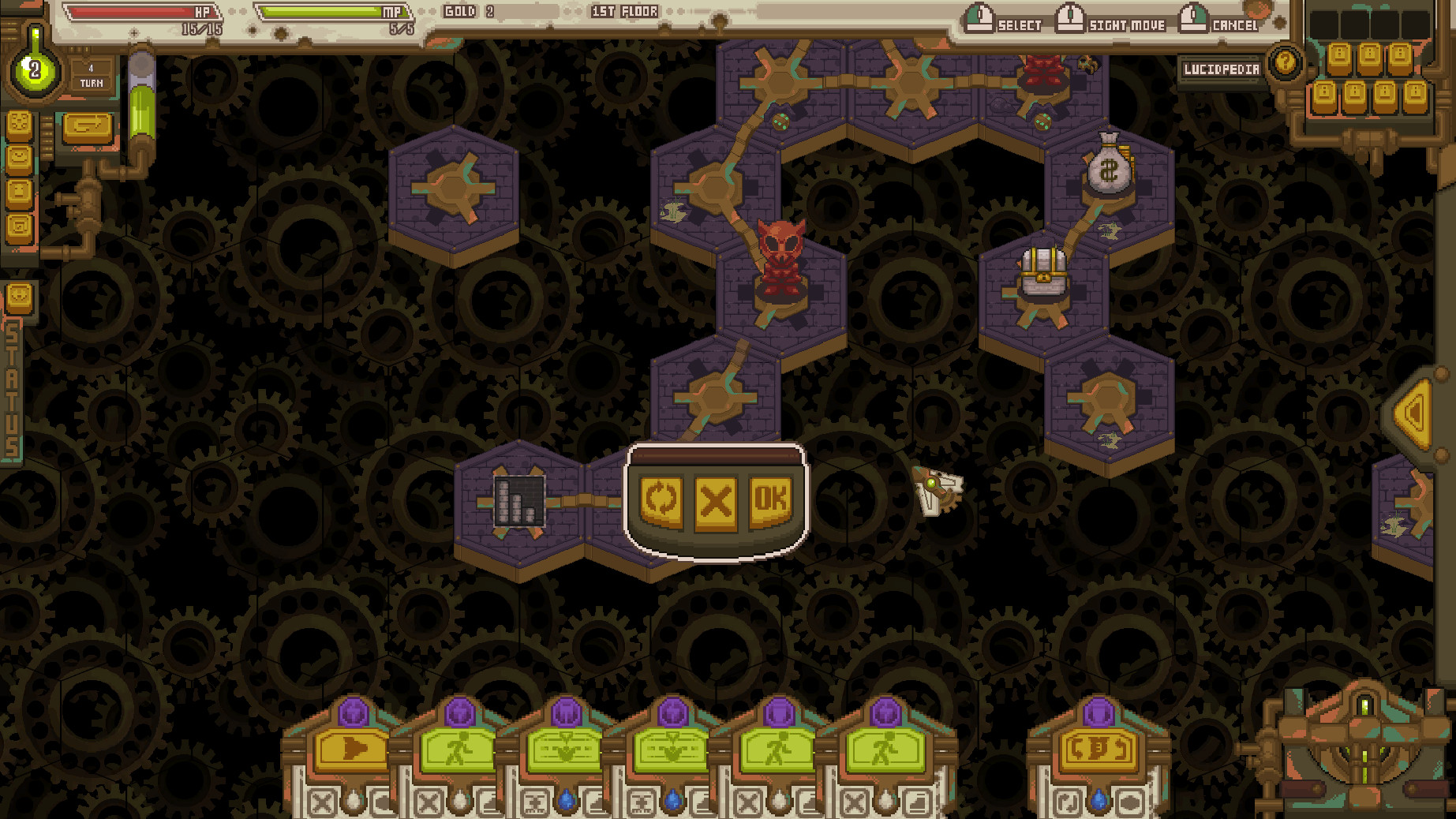 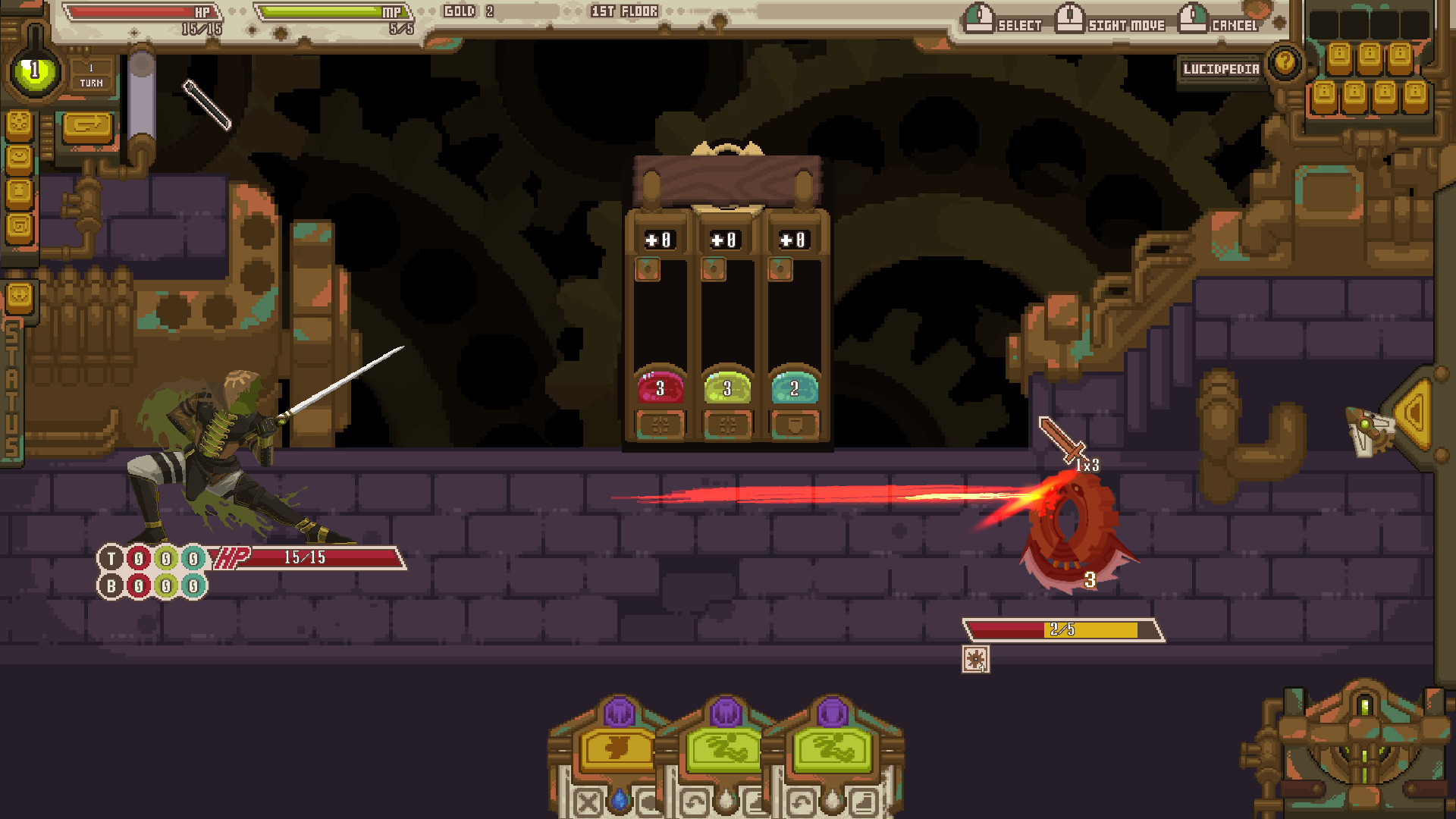 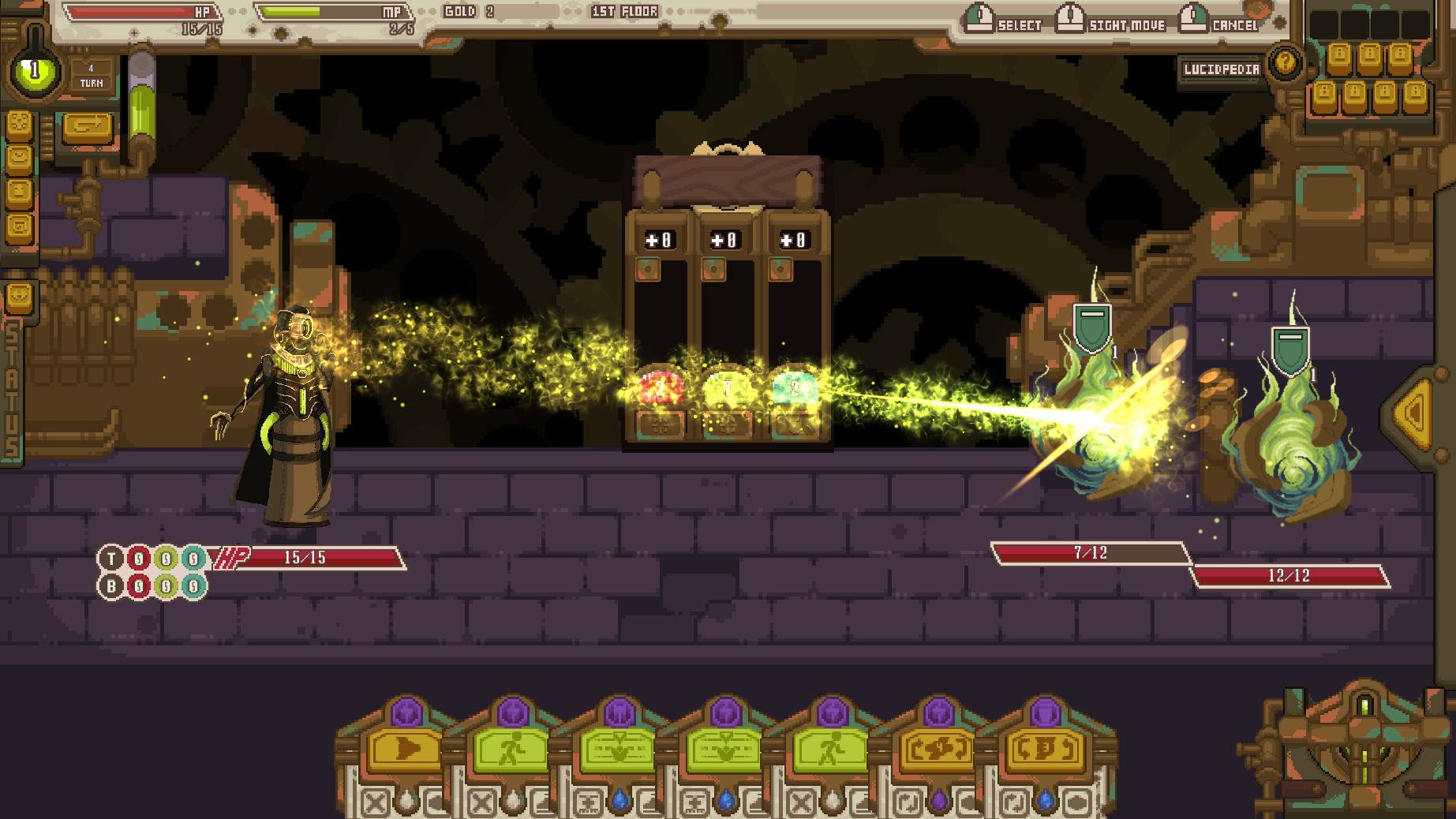 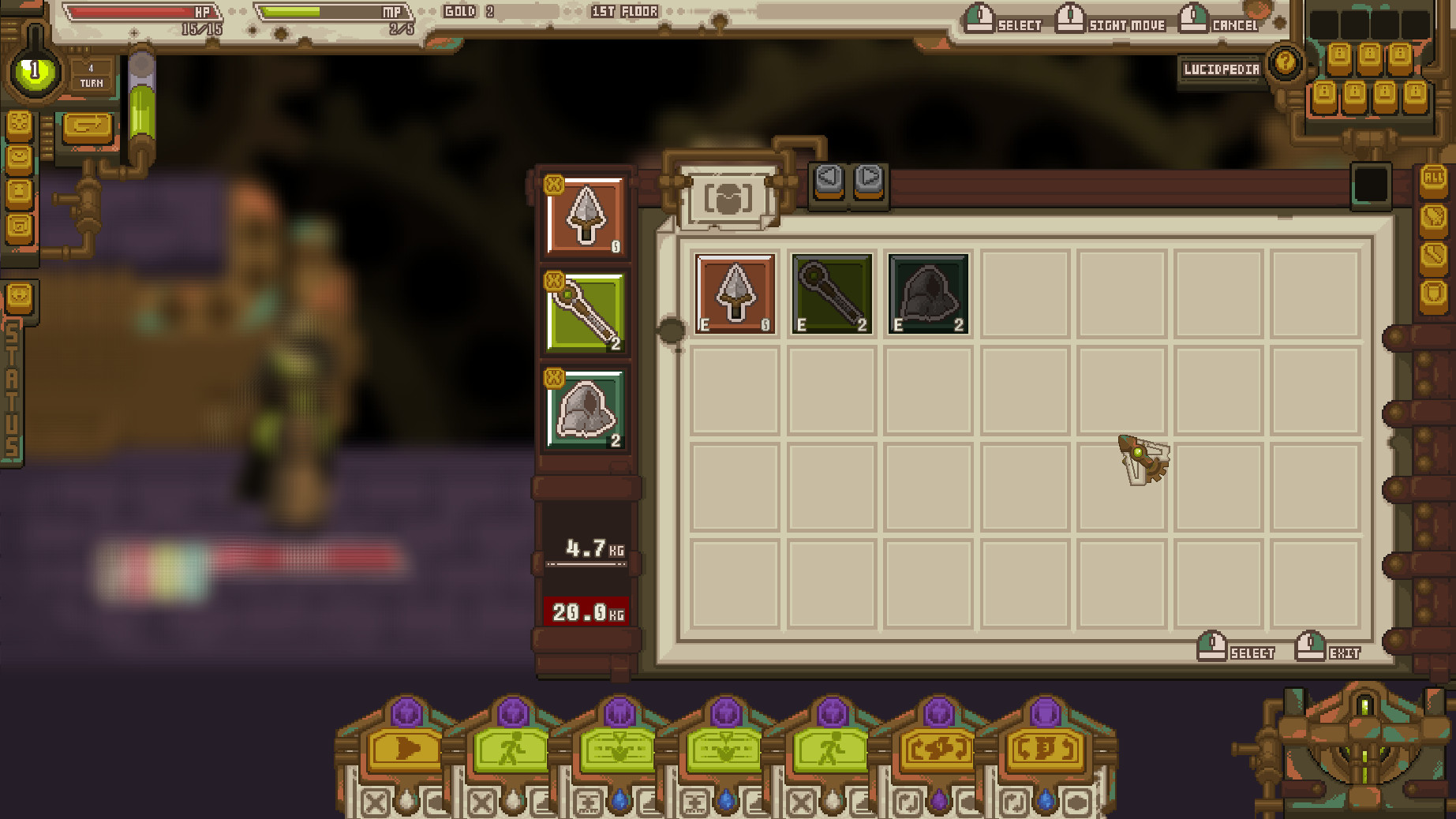 1. Download Full Version for Free. Direct link is below
2. Open “Lucid Steam.zip”, next run EXE installer “Lucid Steam.exe”
2. Install the game
3. Copy files from folder Crack to folder in which you installed the game
4. You can now play full version of the game and revel in it! 🙂

Keep in mind about checking our website from time to time to make certain that you have the newest updated version. If the game will soon be updated you will can download Update for Free 🙂