Join Yaya and Aiyana in the second part of the Sakura Forst Girls series, as they continue to search for their missing friend, Koko. Locating her should be an easy task now they’ve enlisted the help of the witch Maia, but they soon find themselves in a sticky situation…

In this Visual Novel, Yaya, Aiyana, and Koko were childhood friends. They were born in the same small village, and they spent their days together peacefully. That all changed, however, when a group of strange monsters attacked their village, and Koko went missing.

Three years later, Yaya and Aiyana embark upon a journey to find Koko. During their travels, they’re able to persuade the devious witch Maia to help them, and she uses her magical powers to find Koko’s location.

With Maia in tow, Yaya and Aiyana travel to a village presided over by the kind-hearted princess, Arie. Arie is experiencing something of a dilemma herself, as her village has been ailing from the ill effects of a protracted drought. The rivers which run near her village have turned bone dry, the crops dead, and her people are struggling to make ends meet.

Arie agrees to help Yaya and Aiyana search for Koko, but only if Maia will agree to use her magical powers to right the drought which has ruined her village.

While Maia prepares for this ceremony, Yaya grows close to Arie. Feelings between them begin to develop – but if Yaya is to stay by Arie’s side, she’ll have to abandon her quest to find Koko.

Then, there’s Arie’s high priestess to worry about, whose behavior is awfully suspicious.

What will Yaya do now?!

Yaya is the protagonist of this tale. She was trained to be a hunter by her parents, and she’s good at hunting with her trusty spear.

Yaya is a cheerful, energetic young woman who always looks on the bright side of life. She’s very protective of her childhood friend, Aiyana, and she dedicates herself to cheering Aiyana up.

Though a good-natured woman, Yaya has something of a short temper, and often comes to blows with Maia – particularly when Maia tries to tease her.

Aiyana is an anxious, awkward girl born into a family of shamans. Though those with white hair are believed to possess immense magical powers, Aiyana is quite mundane, and has no special abilities to speak of. That did not stop her from being bullied and mistrusted while growing up, however.

Aiyana is a delicate young woman with little in the way of stamina. She feels faint at the sight of blood, and can’t stand the thought of hunting. She often relies on Yaya to fight her battles, which leads to her feeling like a dead weight, despite Yaya’s constant reassurances.

Maia is a mischievous witch whose age is something of a mystery. She dislikes speaking about herself, but she adores ferreting out other people’s secrets, then teasing them relentlessly.

Maia is very gifted with magic, to such a degree she can commune with the spirits, alter the weather, and flip cute girls’ skirts up with errant gusts of air (to Yaya’s chagrin).

Maia is no ordinary human, but a witch, and – as such – her sense of propriety is somewhat skewed. She has no regard to personal space, and gets a sadistic kick out of making cute girls squirm. Yaya is her favorite target.

Arie is the young, inexperienced princess of the village where Yaya, Aiyana, and Maia find themselves in their search for Koko. She appears graceful and dignified, but gets flustered easily, and often worries about making a good impression upon others.

Arie is highly respected among her people, but she has no genuine friends. Her subjects revere her too much to consent to using her first name, and insist upon calling her ‘your highness’.

Arie tries to act as though this does not bother her, but deep down, she desperately desires a friend.

Imala is Arie’s high priestess, and her chief advisor. Older than she appears, and significantly more experienced than Arie, Imala is well-poised to give sage advice whenever it is needed.

Imala possesses a good deal of magical prowess, but how powerful she is remains a mystery.

Imala is rarely seen without a smile, but there’s something shadowy lurking beneath it. 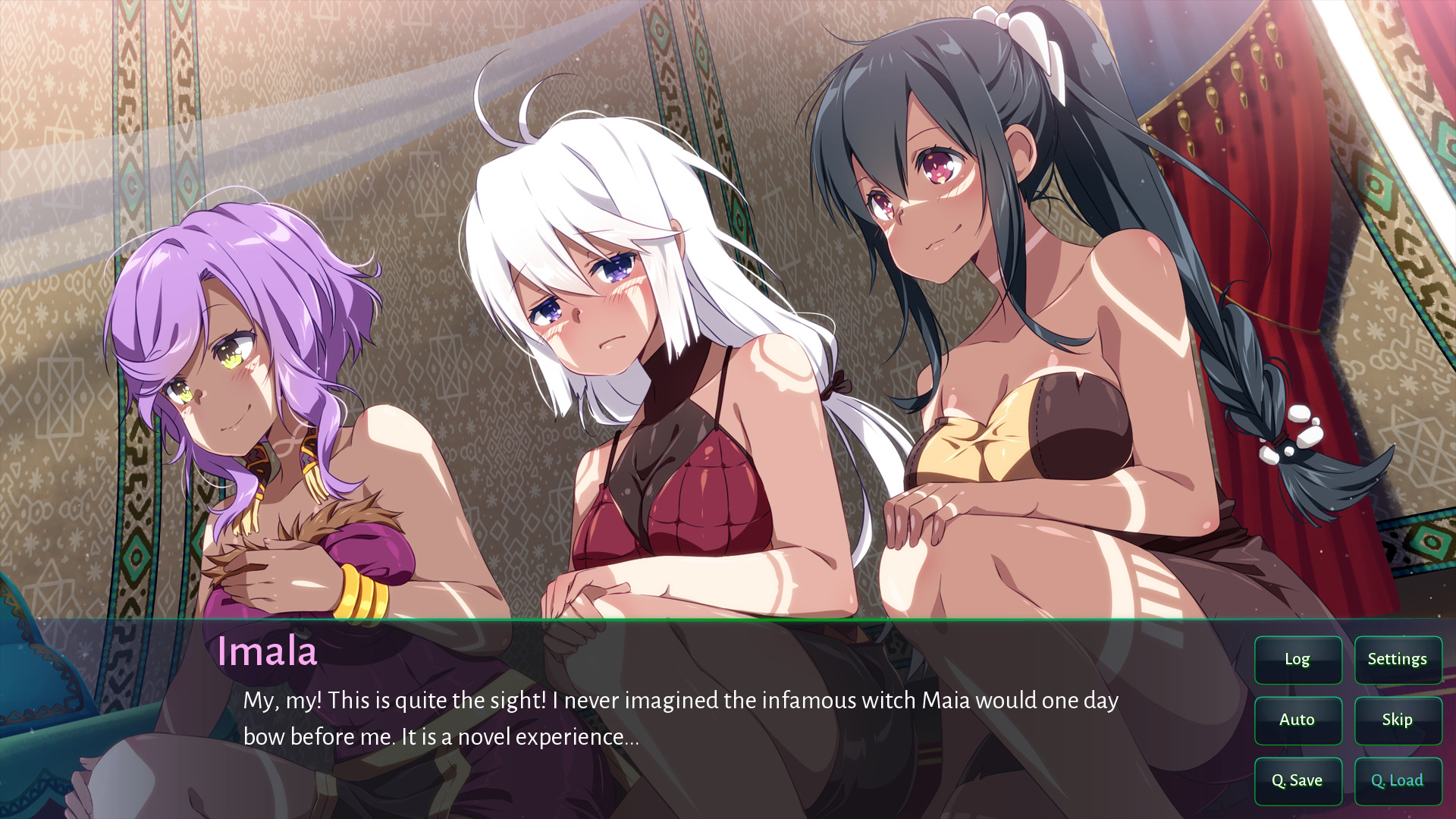 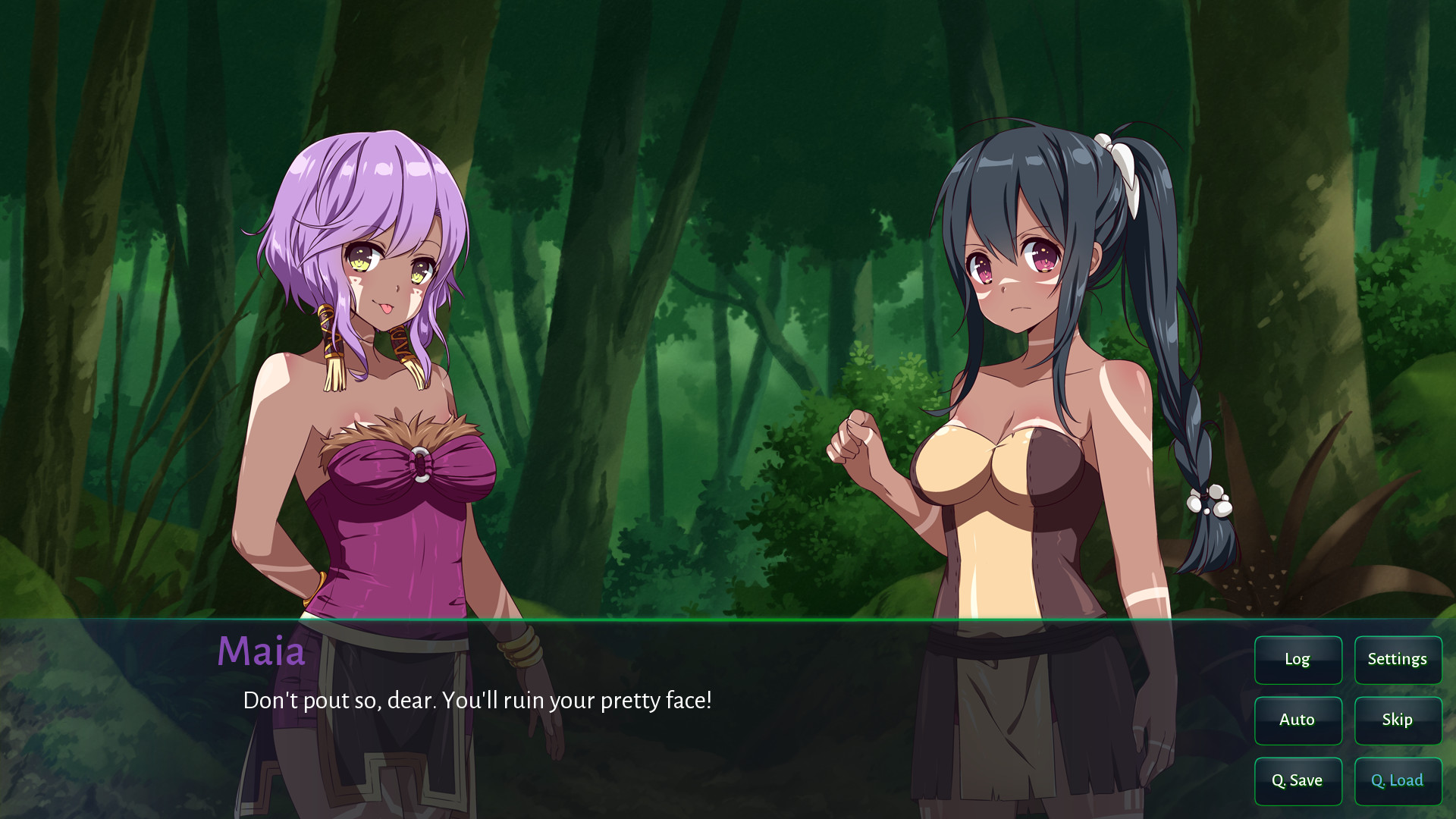 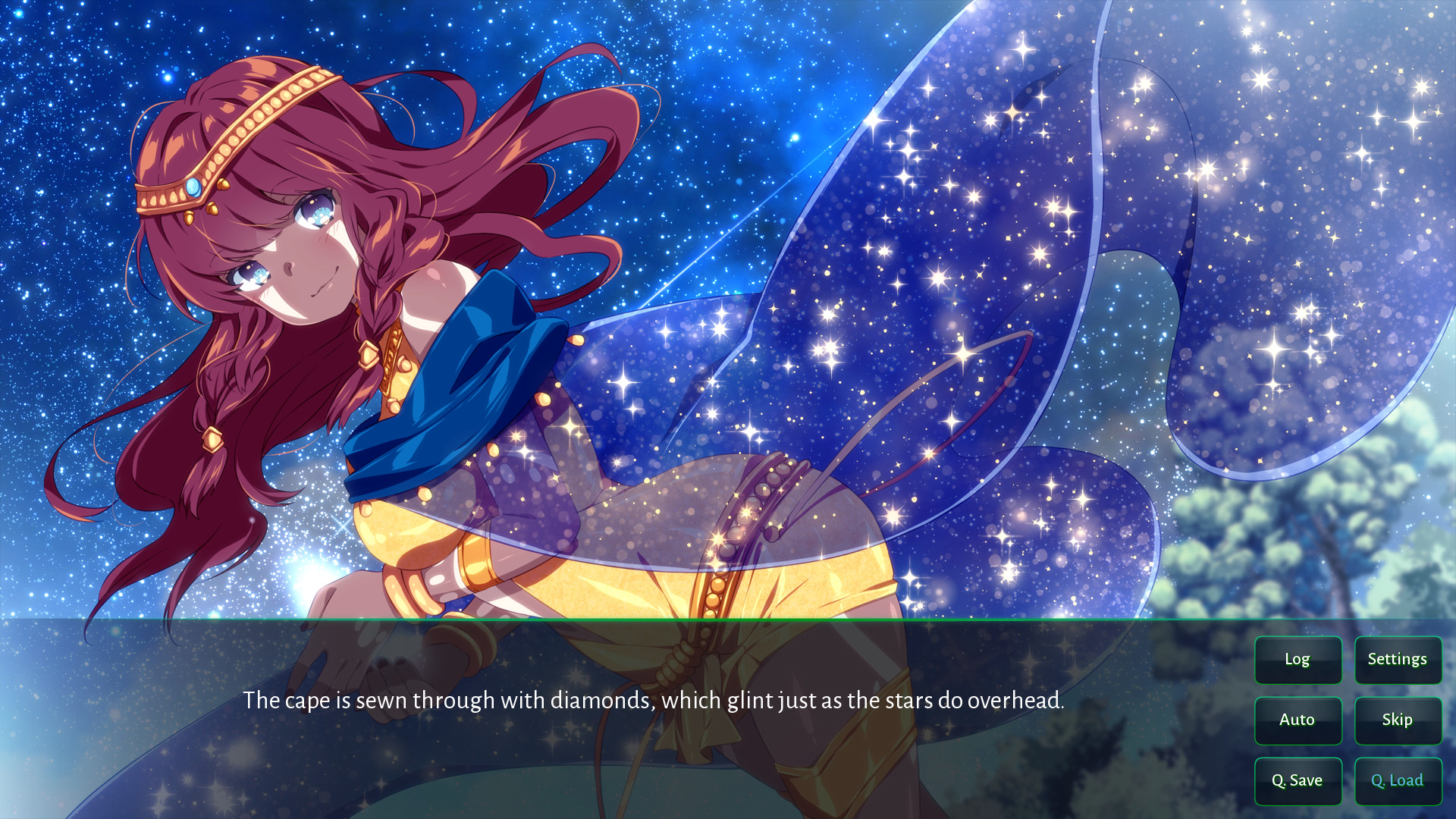 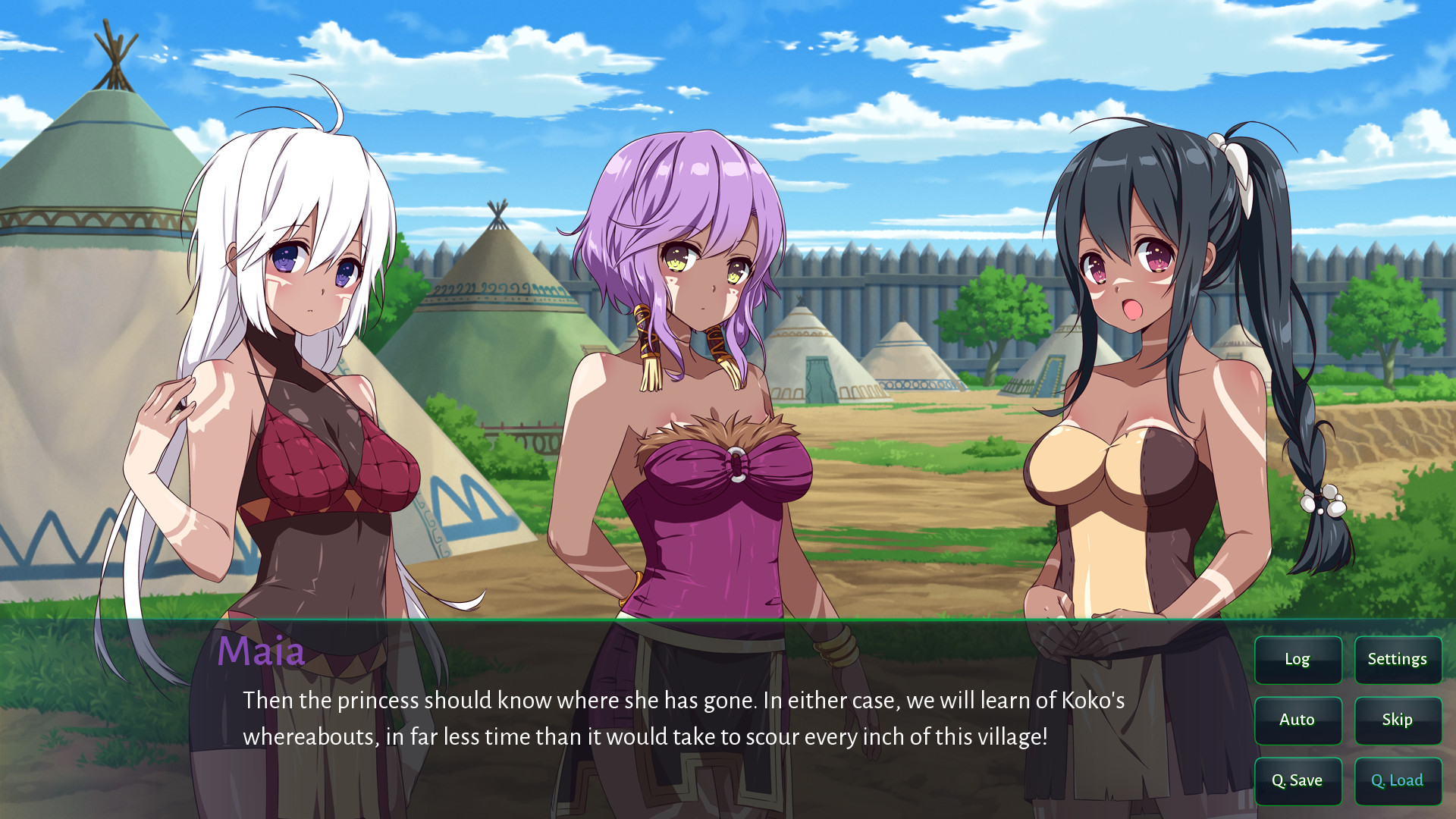 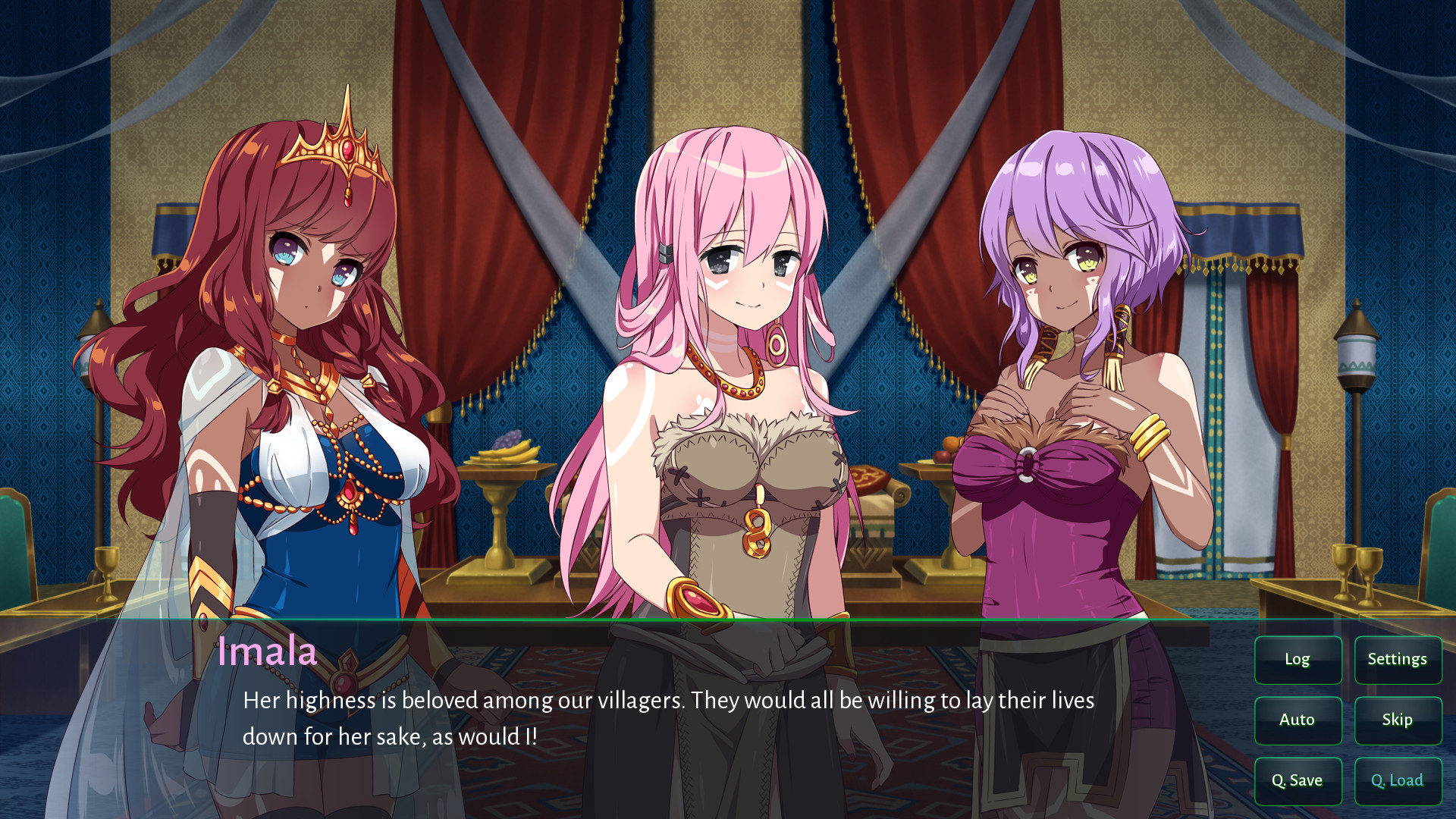 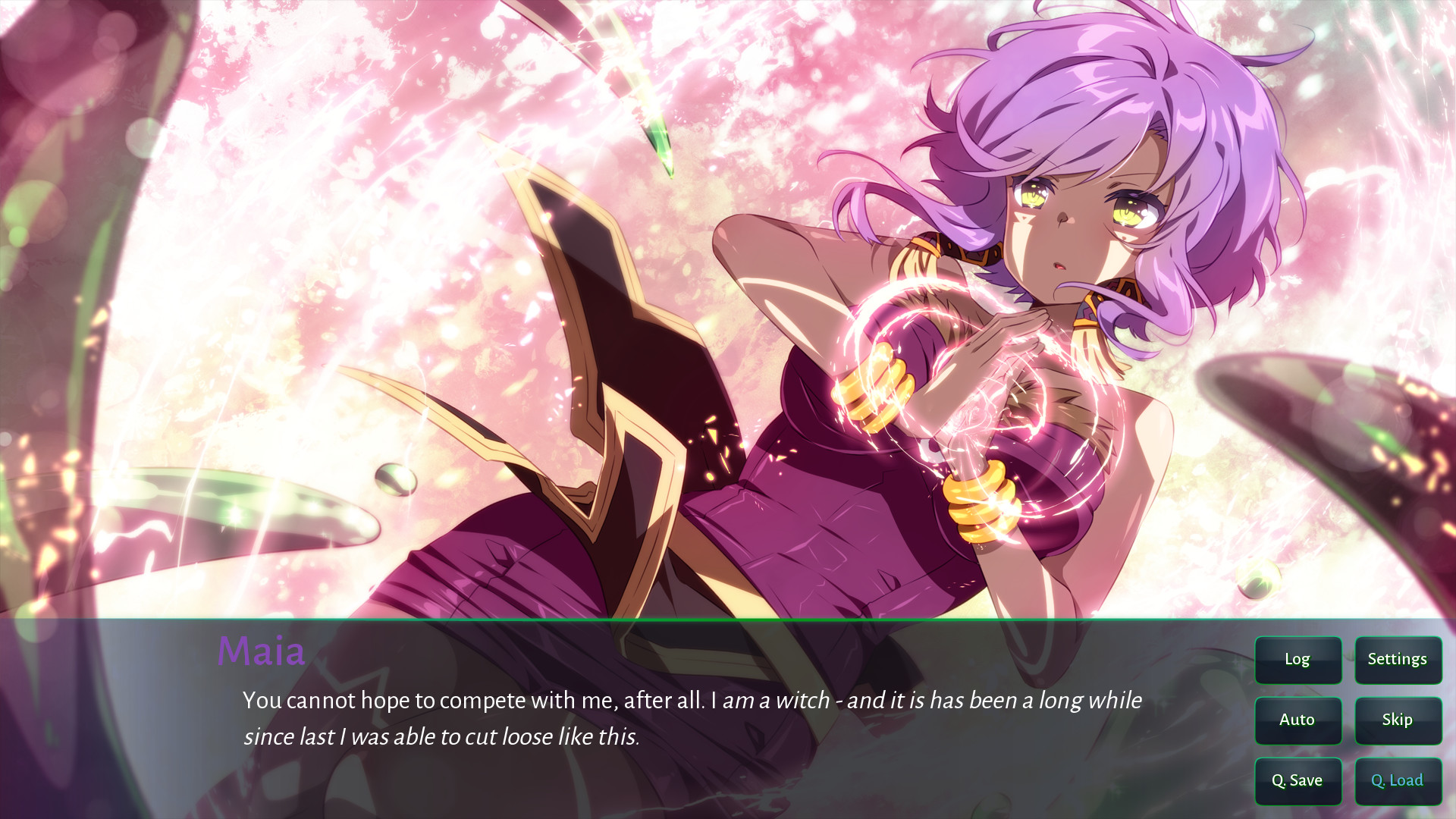 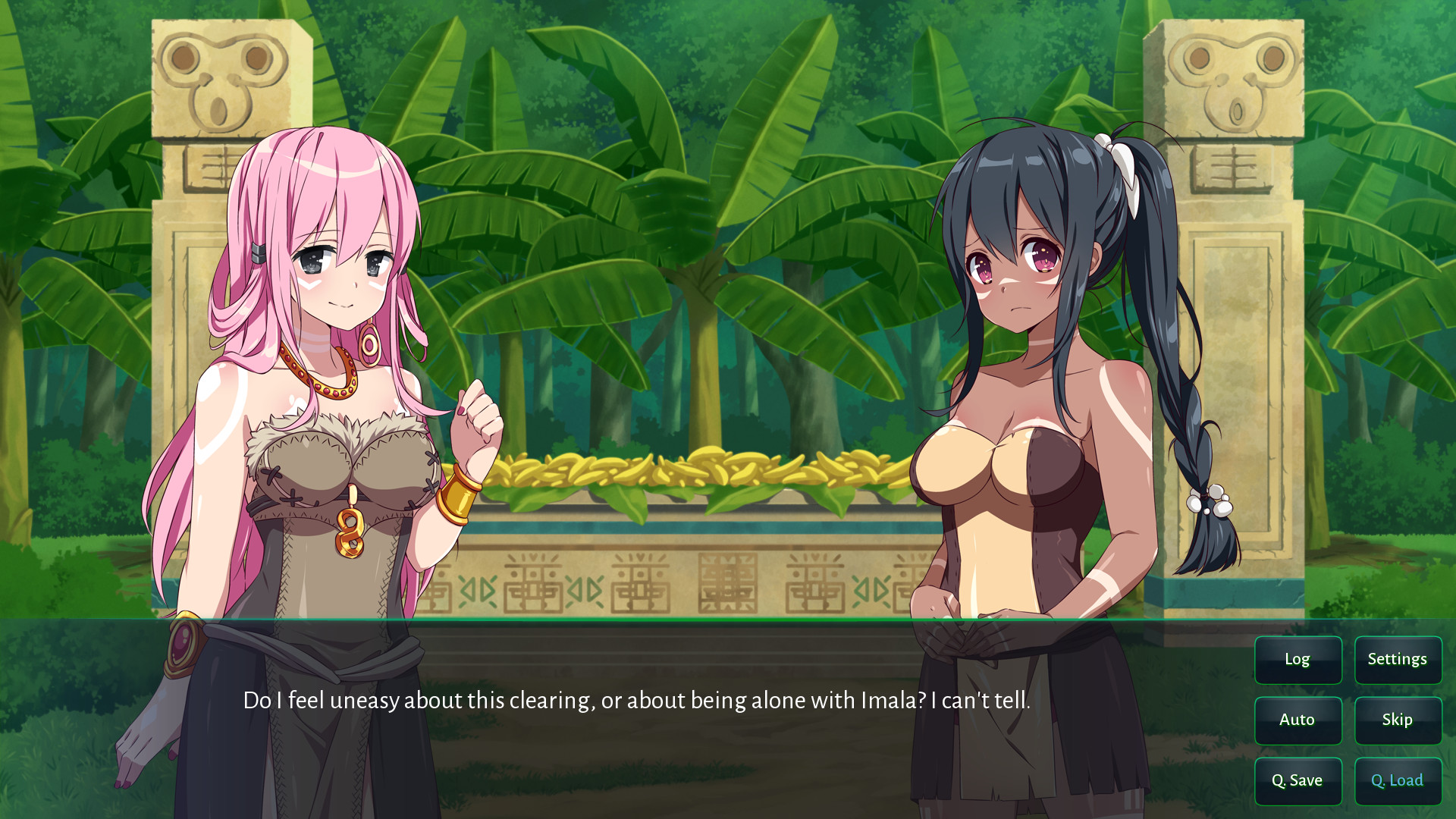