Hyperspace Dogfights DARKSiDERS – Hyperspace Dogfights is a juicy jet-combat roguelike in which you blast, dodge and slice your way through masses of technologically inferior enemies. During the mission your craft will evolve into something stronger and weirder by gathering some of the 200+ items available ingame.

Out-boost your enemies, use gravity to your advantage and hyperspace-dodge through projectiles when things get too hairy.

Make your jet stronger and stranger by gathering some of the 150+ currently available passive and active items. Use over 50 randomly modified weapons against your opponent, including aerial melee options.

Engage zone specific enemy types in air and ground combat. Confront ten distinct bosses or even try surviving beyond that in endless play.

What do I do in Hyperspace Dogfights?
You fly a jet in a 2d environment and blow things up. You’ll be given randomized goals in order to complete enemy waves. In-between waves you’ll spend currency on items that modify your jet in various ways. Zones end with random boss encounters. Difficulty is pretty harsh, you’ll probably die a lot. But each next run will play out a little different. Throughout the game you’ll unlock additional items to find on later runs. The game is fairly light on story, but you might piece together things through item descriptions and combat chatter.

Feature list?
– Juicy, impact-full and tense 2d air combat, framed in a weird sci-fi universe
– Colorful pixel art, powered by the Pico8 16 color palette
– More than a hundred different passive items, some providing simple bonuses, some completely changing how your jet behaves
– More then 50 sci-fi jet weapons, including lasers, explosives and aerial melee options
– 40+ active items used for offense, defense or utility
– Strong focus on synergies and weird jet builds. Most items will interact with others, all passives can stack with themselves.
– 7 zones with distinct enemy composition to explore
– 10 bosses to die against
– 5+ player jets to fly, all coming with unlockable mk2 loadouts
– Various wave goals: Hunt ace pilots, raid ground targets, perform recon scans and more
– An adaptive soundtrack with combat and menu tracks, consisting of 14 tuns by ENUIT and Ole Toensen
– Persistent unlocks with lots of content upfront but some things only accessible through the endgame
– Optional endless mode (unlocked after second victory)
– Steam cloud save, cross platform

I’ve already seen mechanic X in game X. Not very innovative.
HDog was born from mashing together elements of my favorite roguelikes. So yeah, in the larger scope of indie games, it probably isn’t very innovative. Please expect the game to be an iterative but proven design with known mechanics and decent replayability. I had fun making it and weirdly enough I still have fun playing it, so I just hope that it works for you too! <3

Can I get the game without all that screenshake? That stuff gives me a headache…
Yep, all the feedback stuff can be configured/turned off in the options.

I found a bug?!?
We did a year long alpha but there is still the possibility that some things slipped through the cracks. Please report your findings in the steam forum or contact me on twitter and I’ll look into it. 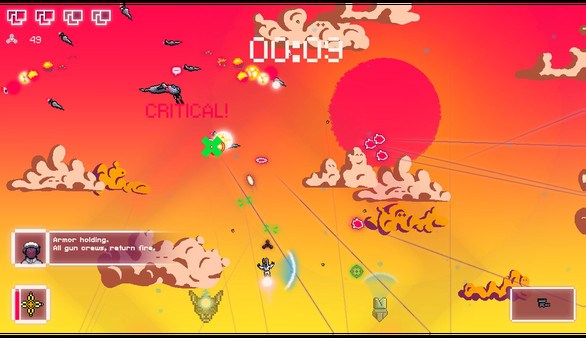 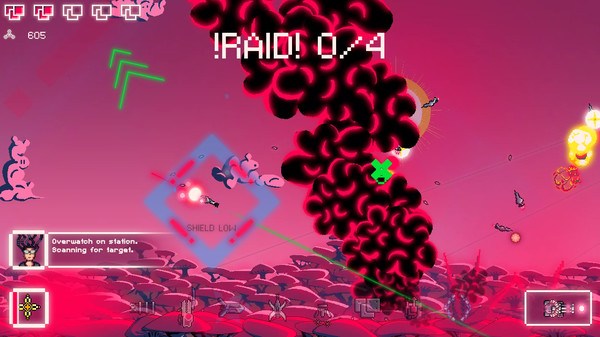 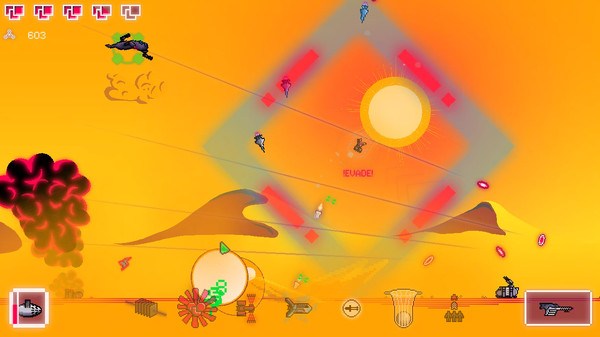 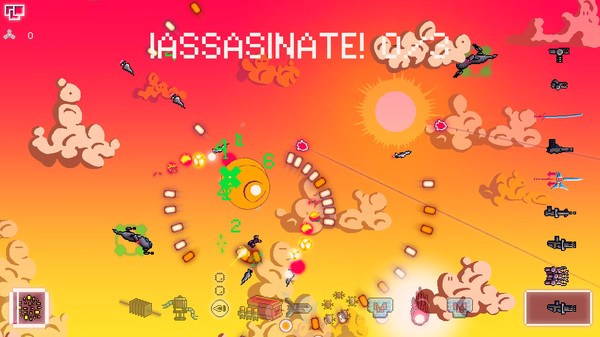 1. Download Full Version for Free. Direct link is under instructions
2. Open “Hyperspace Dogfights.zip”, next run EXE installer “Hyperspace Dogfights.exe”
2. Install the game
3. Copy files from folder Crack to folder in which you installed the game
4. You can now play in full version of the game and enjoy it! 🙂