Sacred Fire is a psychological role-playing game. You’re a refugee hunted by Rome, your actions compromised by fear and rage. Build up your willpower to control story choices and master battle tactics. Outsmart opponents and gain allies. Wage war or strive for peace. End up a hero or an outcast.

Create the body and mind of your own hero. Will you be brave, vengeful or gifted but traumatized? Customize your appearance and traits that will determine your playstyle.

Enjoy the freedom of choice and interpretation to tell your own story. Track your progress through a nuanced story with no filler events, full of opportunities to use your wits to triumph.

Use psychological tactics in battles. Overcome fear, pain and anger to perform at your peak. Show skill, lethal determination or total control to unnerve your opponent.

Resort to diplomacy in relationships to rise as a leader, gain allies and resolve conflicts peacefully. Compete with other story characters for respect, renown, wealth and followers.

Expand your mind and overcome beliefs holding you back. Unlock motives, weakness and secrets of others. Will you use them to build or to destroy?

Each of the three acts comes with real story branching. Playing as a male or female offers fresh surprises. Can you reach all 5 distinct endings and gain all 8 major achievements? 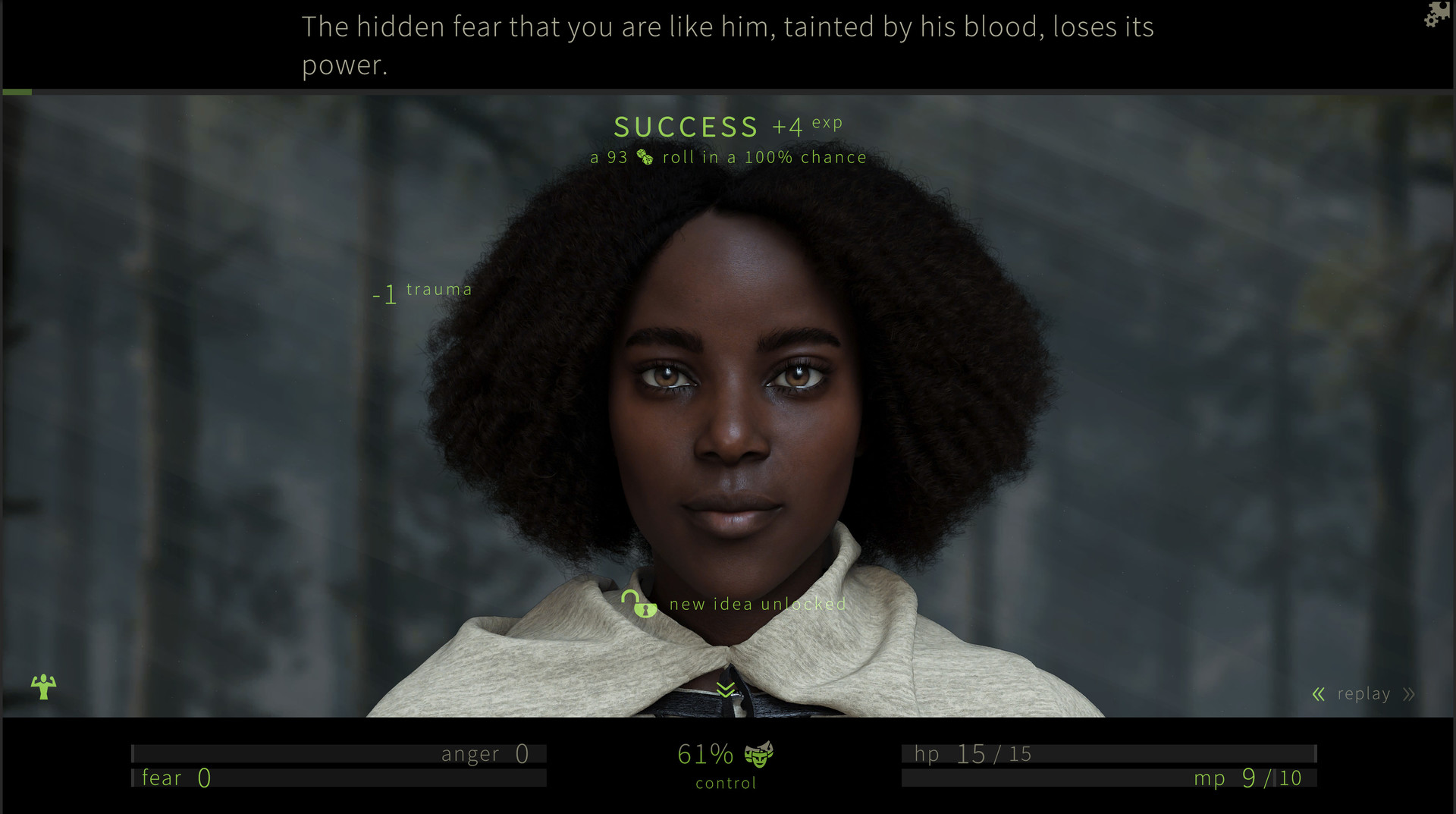 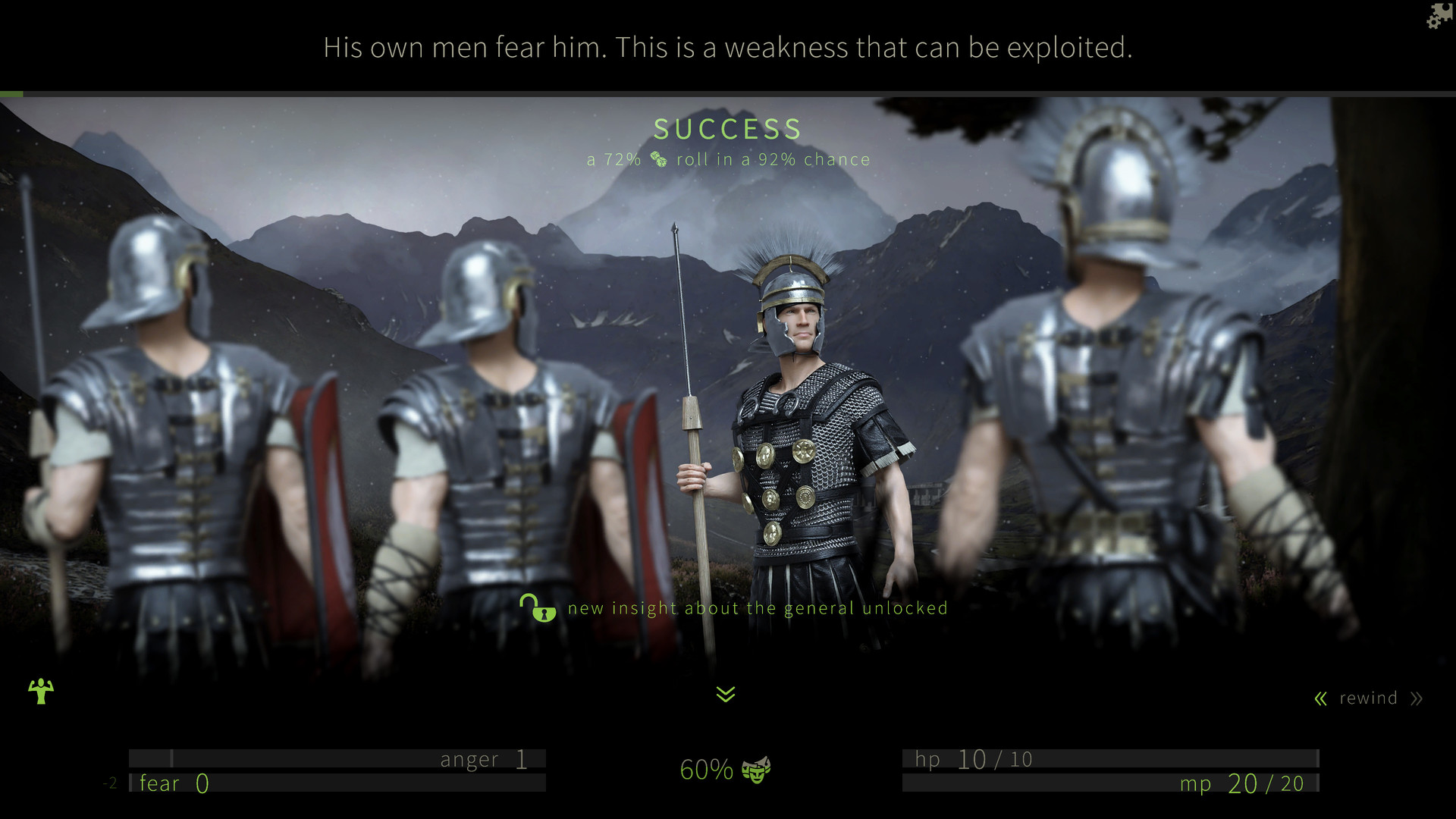 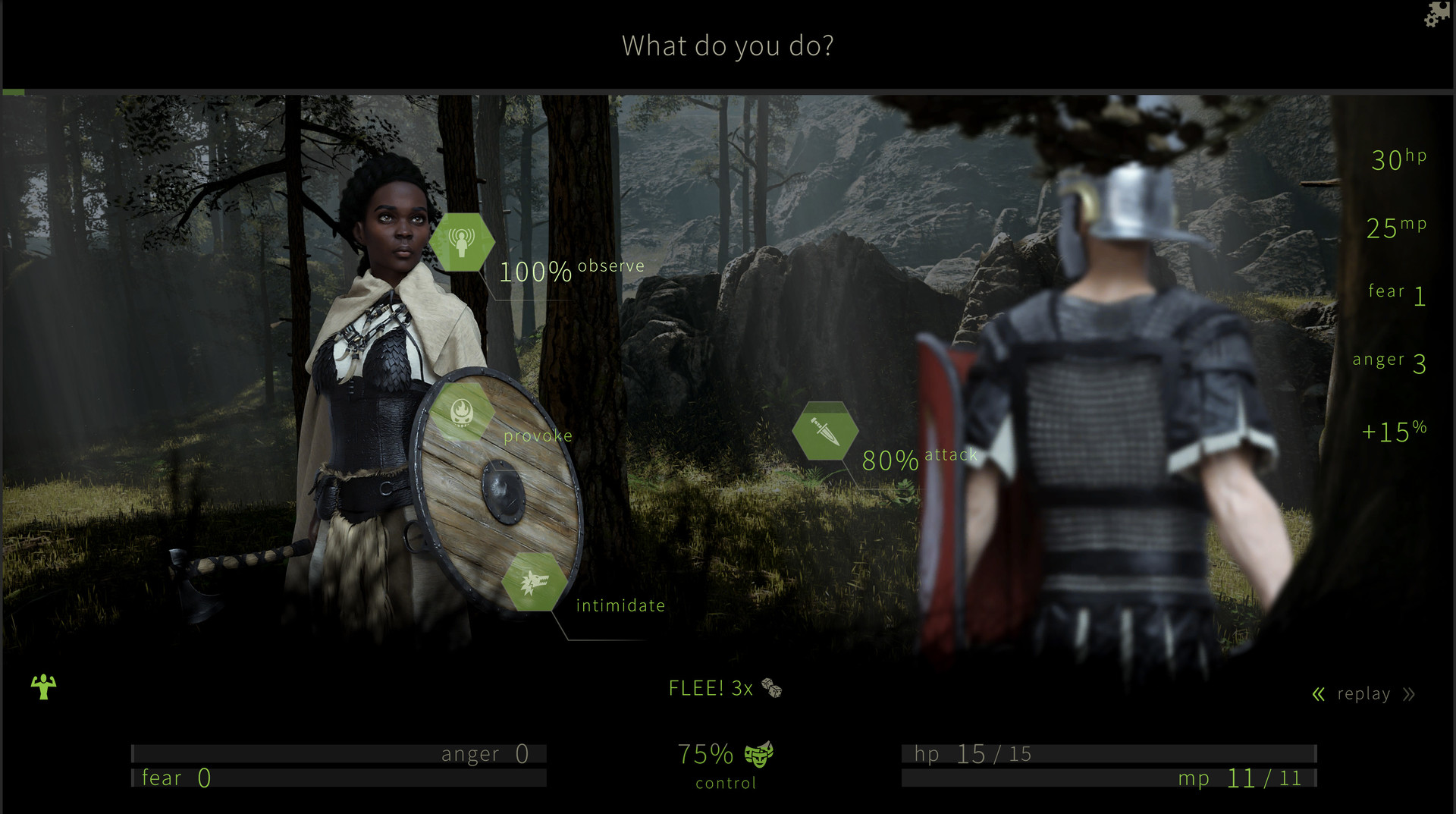 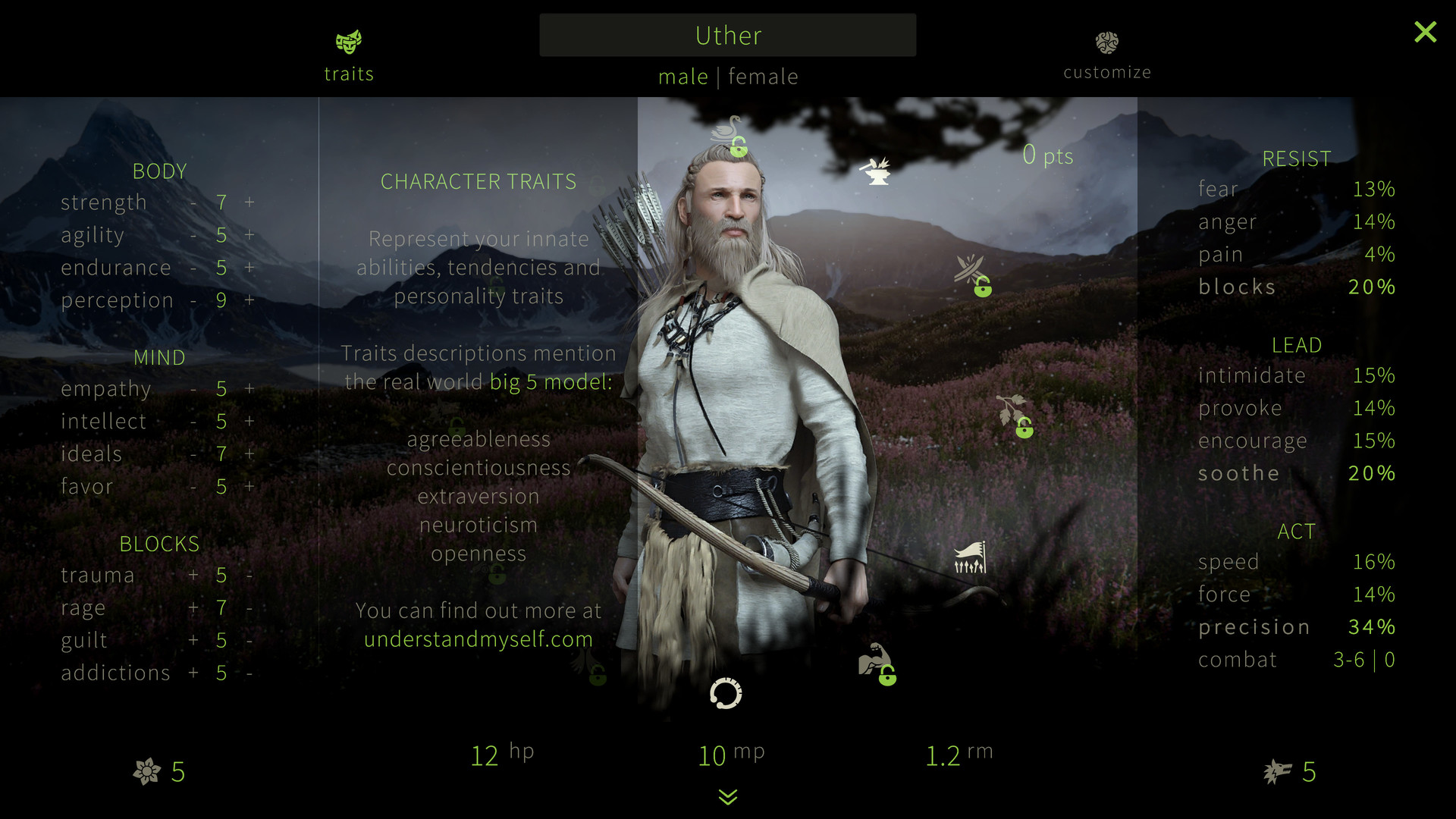 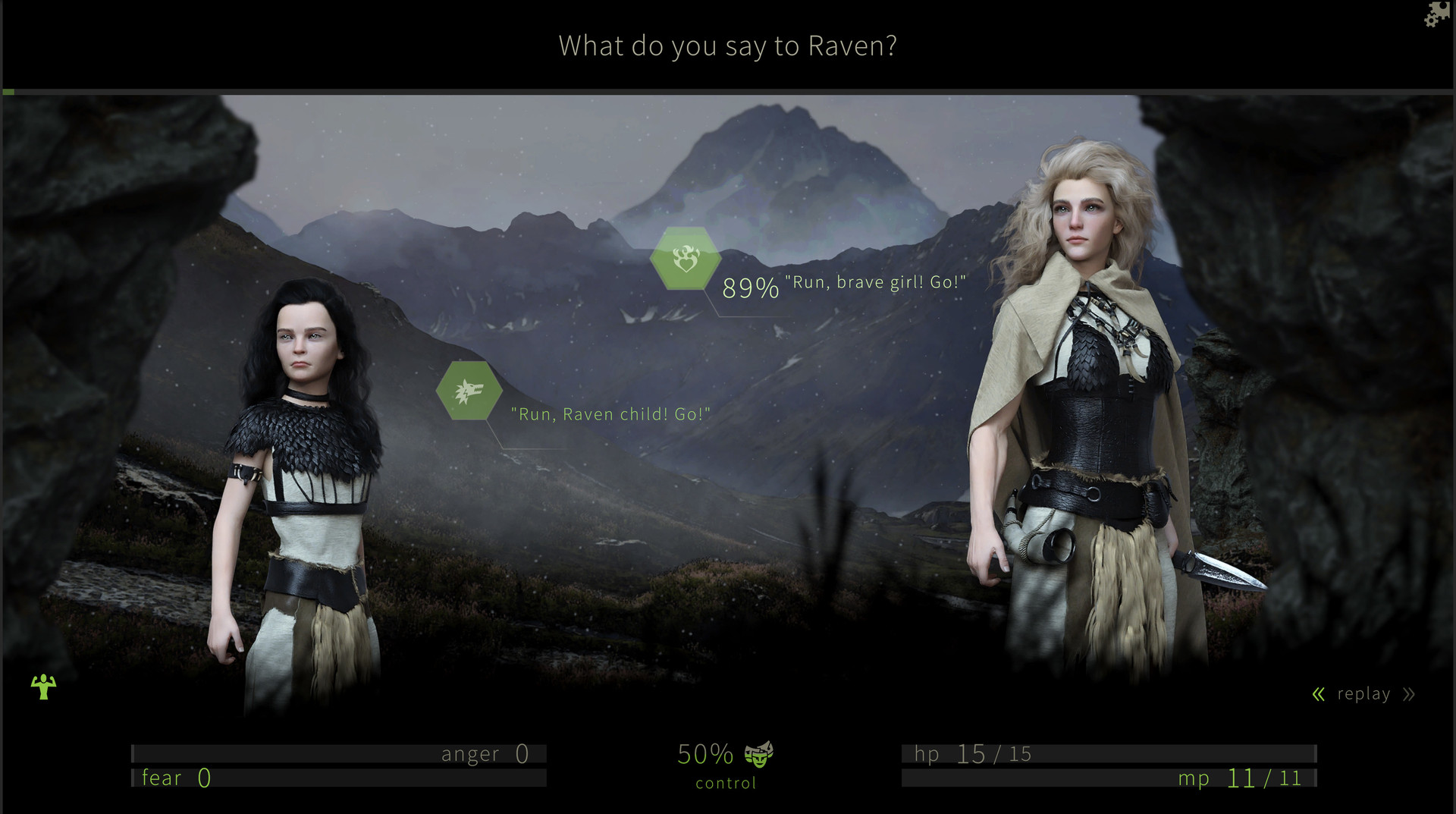 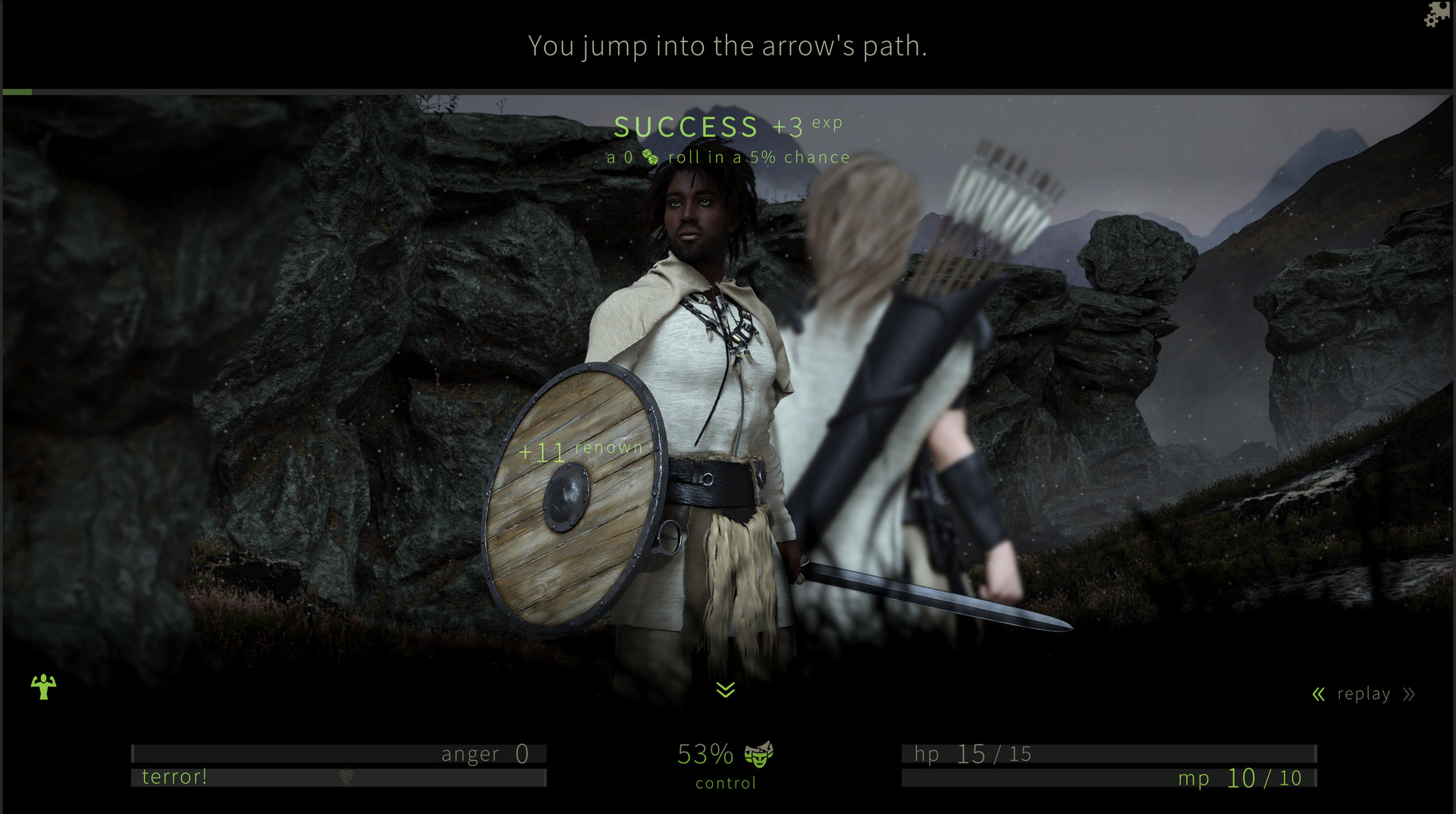 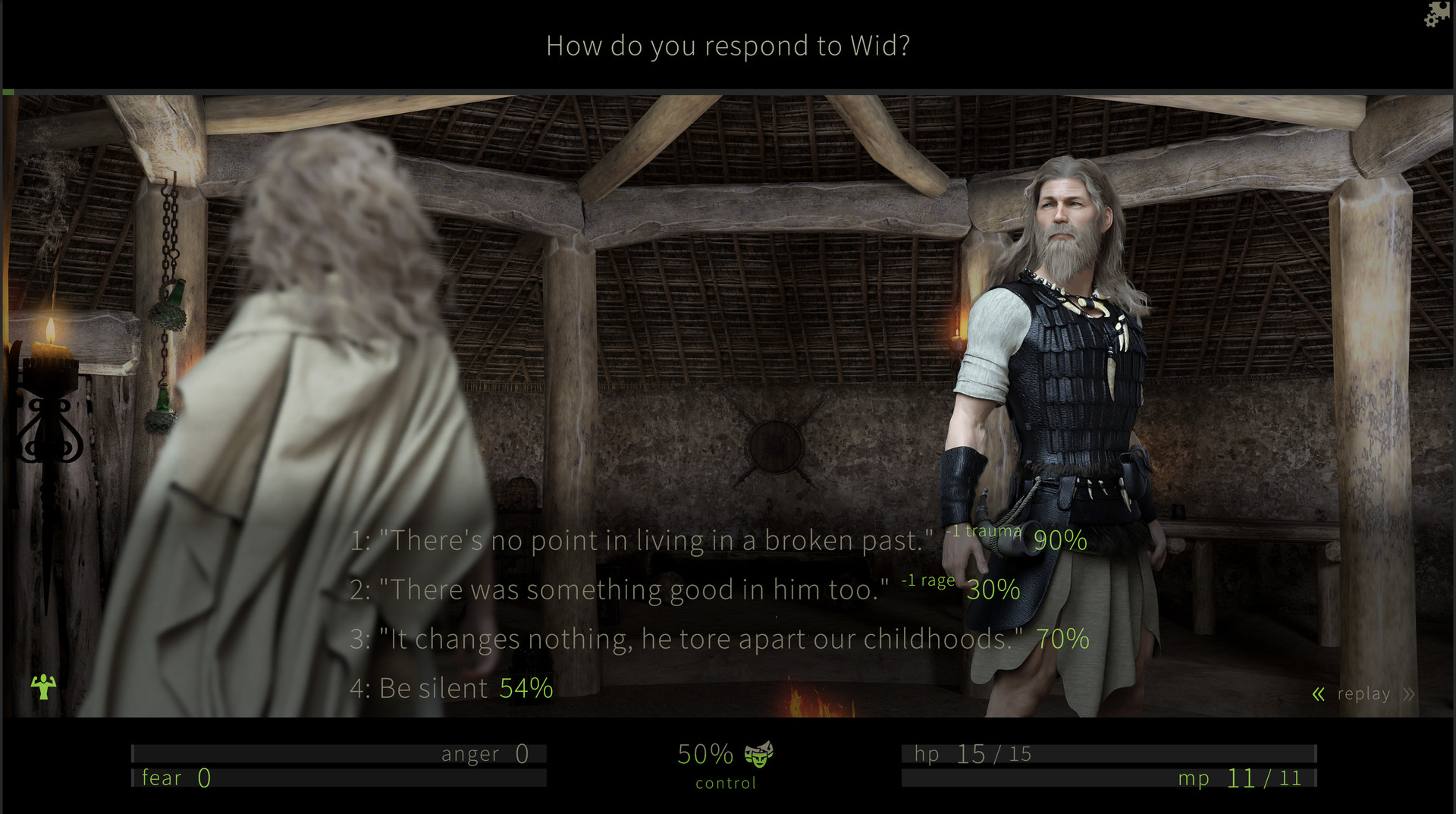 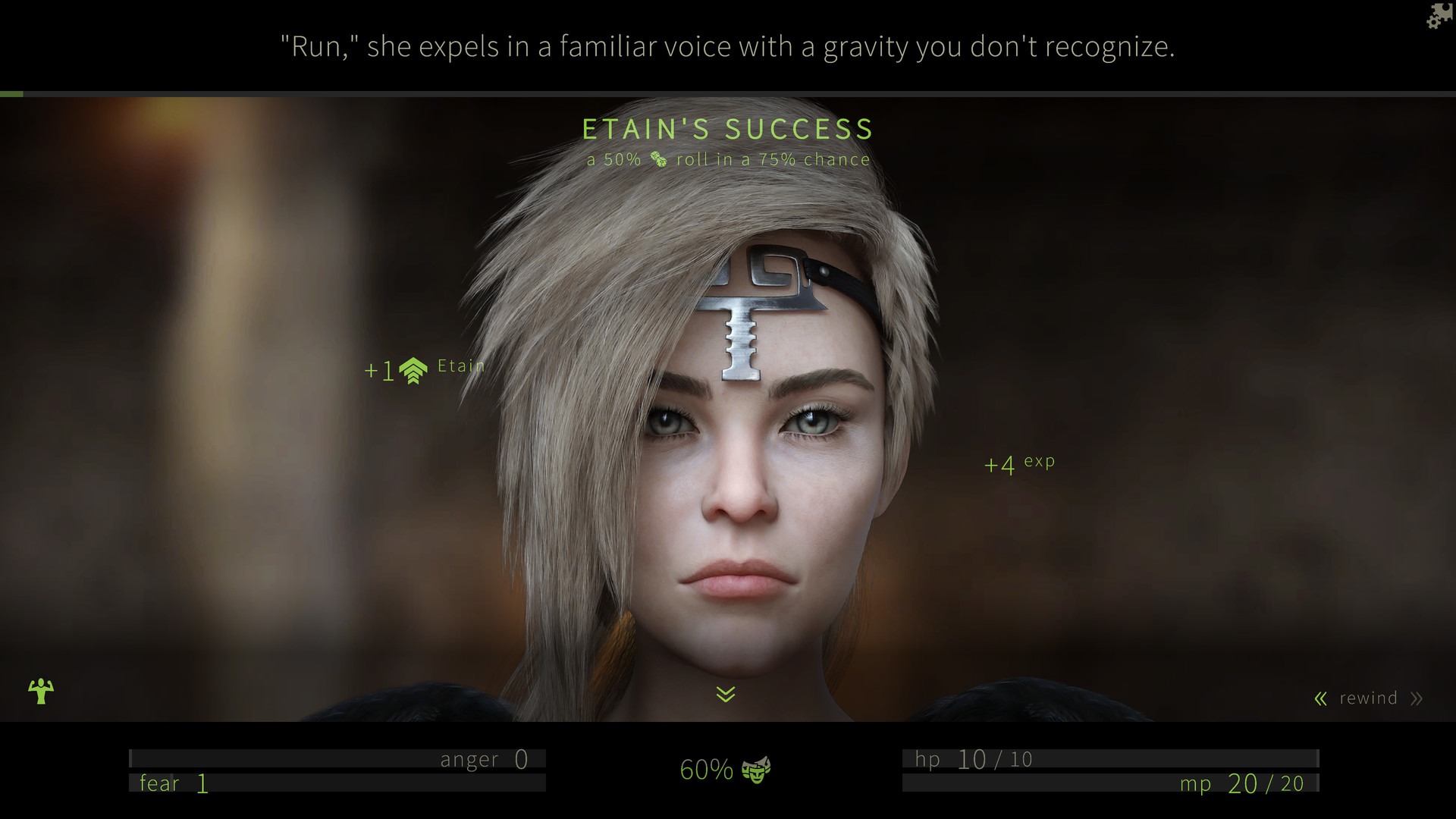 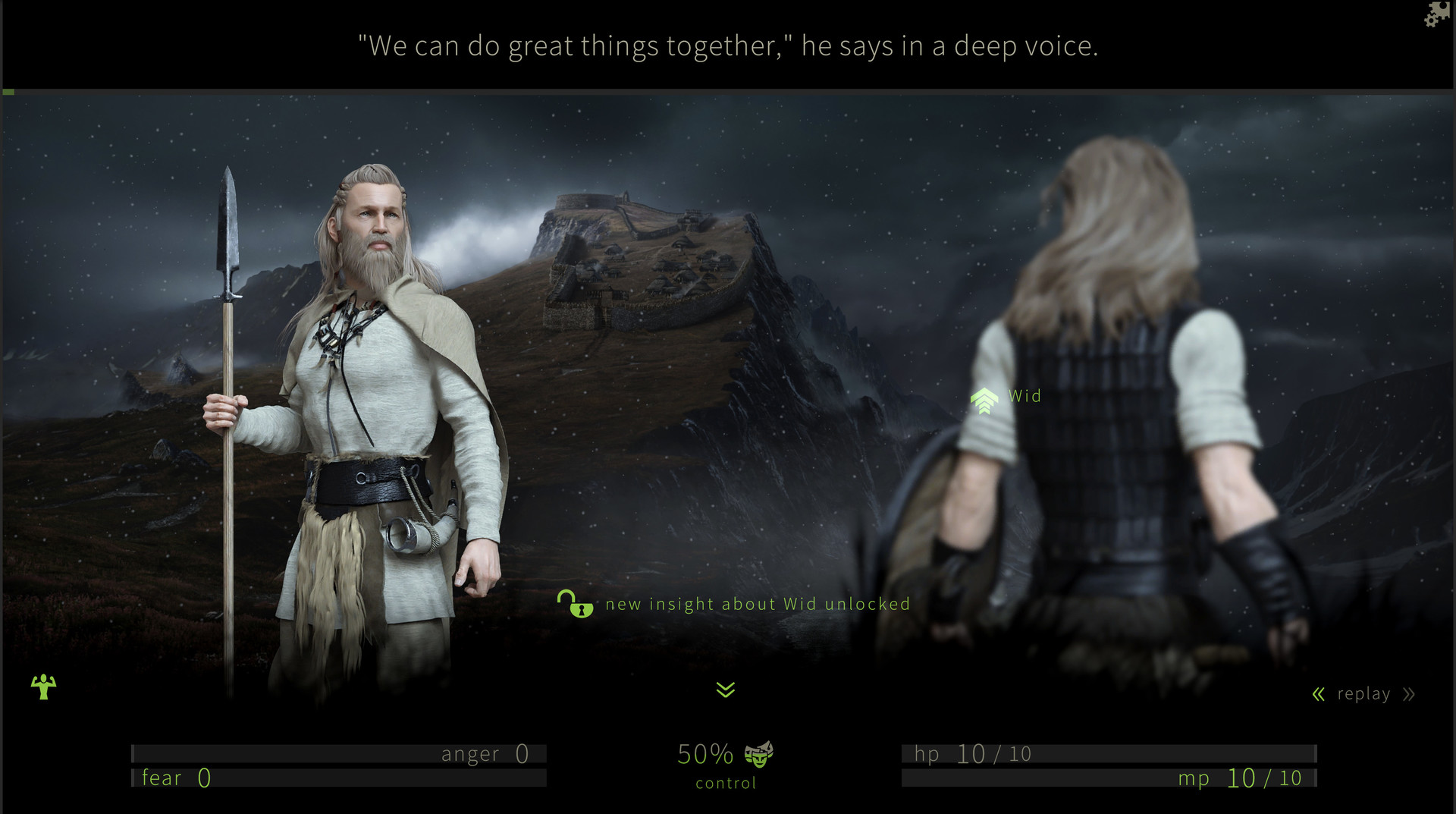 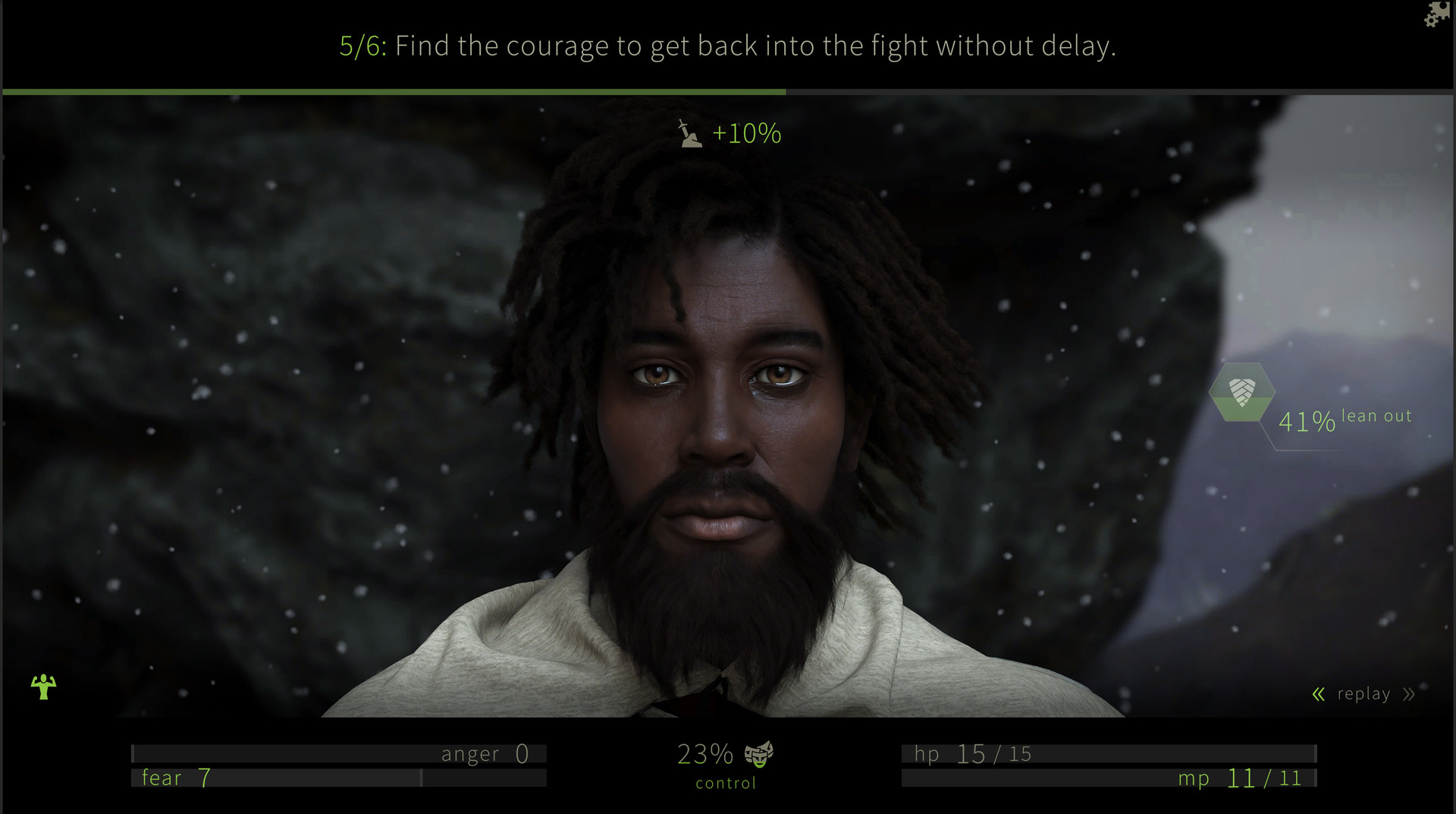 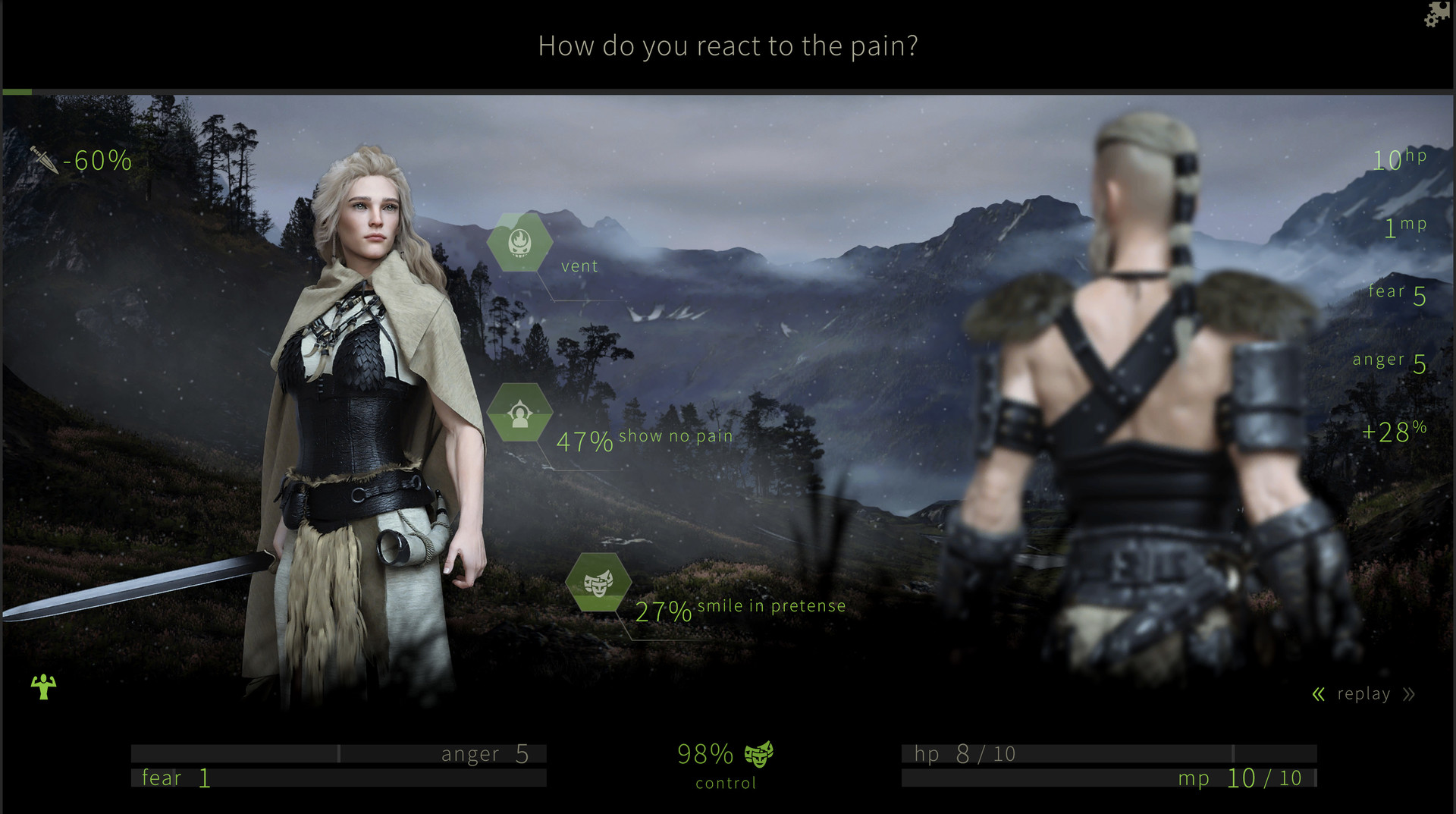