Talisman Digital Edition – The Magical Quest Game for 1 to 6 players.

The officially licensed multiplayer version of the classic fantasy adventure board game, Talisman.

In Talisman Digital Edition, there are 14 characters a player can control, from the heroic Warrior to the powerful Sorceress. In this perilous adventure, players battle it out to journey across a dangerous land and be the first to claim the Crown of Command, a magical artefact with the power to destroy all rivals and make the bearer the true ruler of the kingdom. On your travels, you will need strength, courage and some good dice rolls to survive the dangers you face and beat your opponents to the centre of the board.

Frequently Asked Questions
What is Talisman?
Talisman is a board game in which you move around the board building up your character’s strength and magic power by battling monsters, finding treasures, completing quests and trying to be the first player to reach the centre space – the Crown of Command.

Can I play dirty?
That’s at the very core of Talisman! Cast spells at other players to make them miss turns! Steal from them! Turn them into toads! Send powerful allies to do your fighting for you!

How replayable is the game?
The emergent nature of the game means that every game will tell its own tale. The board starts with just the playing pieces and builds up to become a land filled with terrible danger and fabulous treasure! As you move around the board, you must make careful decisions about where to travel as each space can become more dangerous or more helpful as the game progresses. To help you get around, players can use things like teleporting, magic portals and fate, which allows you to re-roll your dice to get different results.

How long is a game of Talisman?
The physical board game can take 2-5 hours with 6 players, but our digital version cuts that down drastically, with an offline 6 player game typically taking no more than 1 hour. Offline and online games can be saved and resumed at any time so your adventures can take as long as you like! We’ve also added some features which decrease the length of games – House rules and Runestone cards. House rules change the basic rules slightly to speed-up the game and Runestone cards, exclusive to this digital edition, give characters extra abilities and allow them to become very powerful much quicker, making for shorter games.

Is there a hotseat mode?
Yes! Look your opponents in the eyes as you face them in deadly combat or sneak up from the shadows and steal their favourite items! All of the fun and social enjoyment of the physical game is captured in the digital version, but with no setup time!

What’s included with the base game and are there expansions?
For the initial purchase, everything that you get with the physical board game is included – all of the characters, spells and adventure cards, plus a few bonuses we’ve added. Many expansions are available now. These add lots more spells, events, monsters, characters and alternative endings! Extra characters are also available to purchase, including rare characters from Talisman’s history. 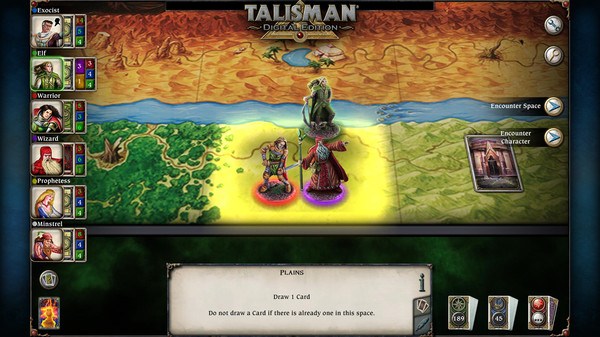 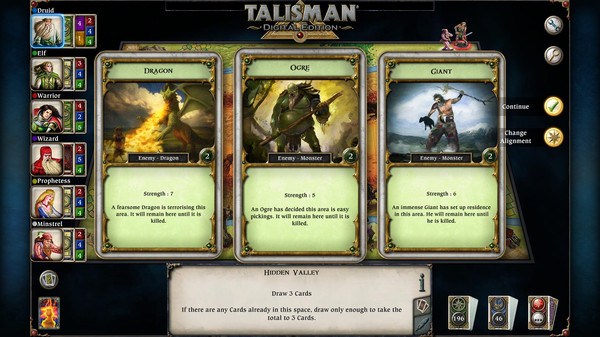 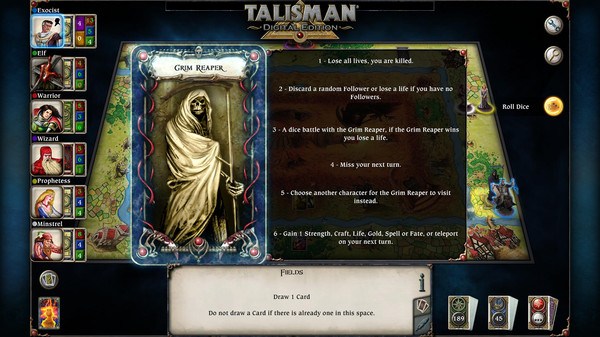 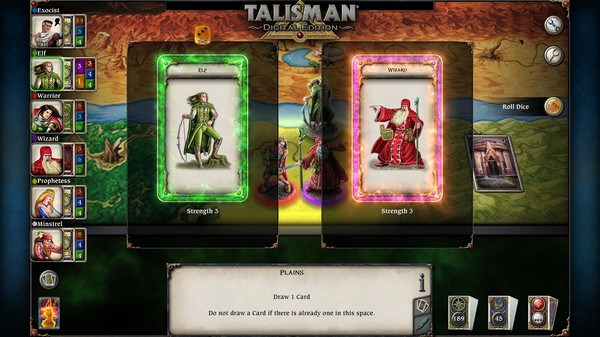 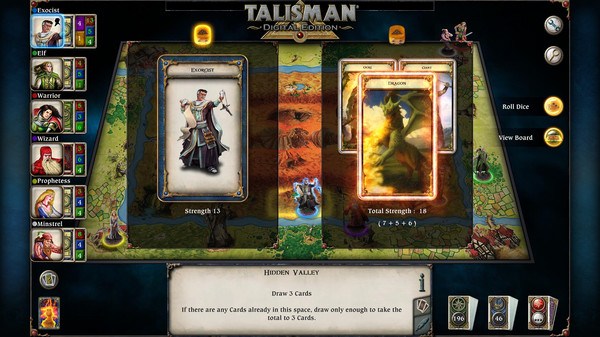