A board game which challenges you to form words from sets of letters. Play at your own pace or against the clock, on your own or against other players.

Challenge yourself against the clock and other players to form words from sets of letter tiles and gain the biggest score.

The basis of the main game is to play on a grid based board in parallel with lots of other players, using the same set of tiles you try to form words that give the biggest score. Scores are based on the value of the tiles and where you place them, parts of the grid changing the score you’ll receive, along with other bonuses. Settings allow a variety of other game scenarios to be played including having your own set of tiles and taking turns to play. If you don’t want to play against other people then you can always choose to play against the computer (note that some of the computer players are exceptional at playing the game).

Some other features of the main game:
– Non-rectangular boards (based on areas you can’t place tiles – design your own boards).
– Scoring traps as well as bonuses.
– Multiple sets of tiles to play (make up your own tile sets).
– Tiles can contain single or multiple characters. Blank tiles can be replaced with contents of other tiles (e.g. multiple characters where applicable).
– Multiple computer players with different playing styles and vocabulary that they will use.
– You can set the game rules, e.g. choose to play words left and/or right and up and/or down the board. Set how blank/wildcard tiles score.
– Game modes where you can vote to attack (for double scores) or defend (prevent double scores). Play these when you think it’s going to benefit you and not everyone else, because everyone gets the score boost if it happens (when all playing in parallel).
– A little anagram game to play in the multiplayer lobby while you’re waiting for the game to start.
– Multiplayer lobbies can be set to start the game manually, when a player limit is reached and/or at an elapsed time.
– Adjustable interface layout.

While playing you can either drag individual tiles from the tile rack onto the board or you can pick which tiles to place and where to start placing them from. When placing selected tile(s) you can either gesture which direction they should be placed (eg click and drag the mouse in the required direction) or click on the arrow control on the tile rack to specify the direction, then click on the tile to start placing from.

With a touch screen you can zoom and pan the board by using 2 fingers, otherwise you can use the middle mouse button for a similar effect. Alternatively you can use a gizmo to zoom, pan, tilt and reset the position of the board on screen.

There are also a number of mini games to help hone your word skills.
– Unscramble anagrams.
– Decipher words (guess letters and see which are right and wrong).
– Break the code (which numbers represent each letter).
– Find and match pairs of words. / Find and match words to definitions.

Processor:
Dual core
Memory:
4 GB RAM
Storage:
1 GB available space
Additional Notes:
Some features may be limited by the amount of memory available, notably when hosting a match, the number of opponents you can play against. Shared graphics memory will require more system memory.

Processor:
Multicore
Memory:
8 GB RAM
Graphics:
At least 4GB of graphics memory in addition to memory for the game, does not need to be VRam.
Network:
Broadband Internet connection
Storage:
4 GB available space
Additional Notes:
When hosting a match with computer opponents, additional cores will prevent them from taking longer to play their goes as the game progresses. Memory requirements are related to the number of players. 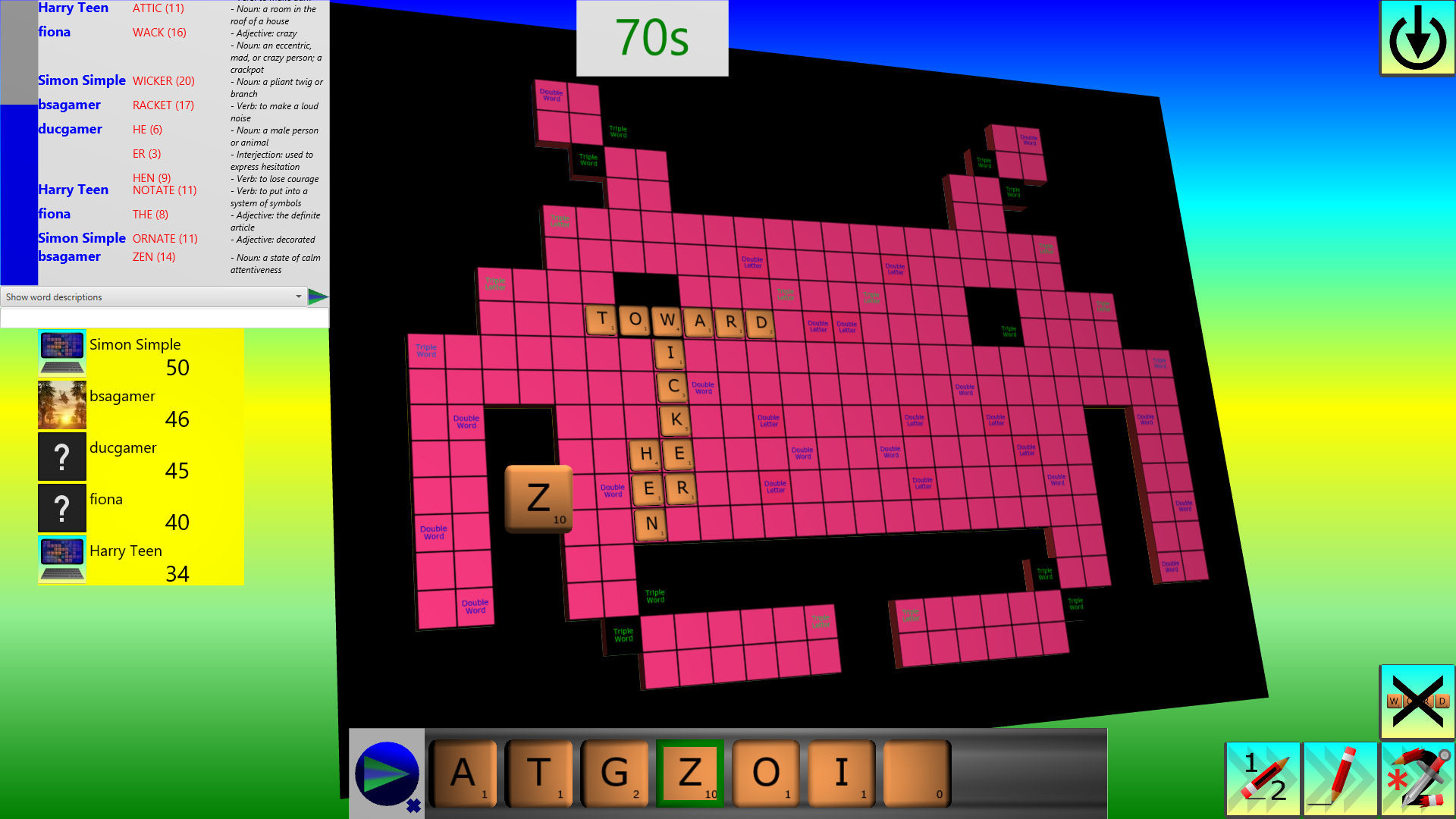 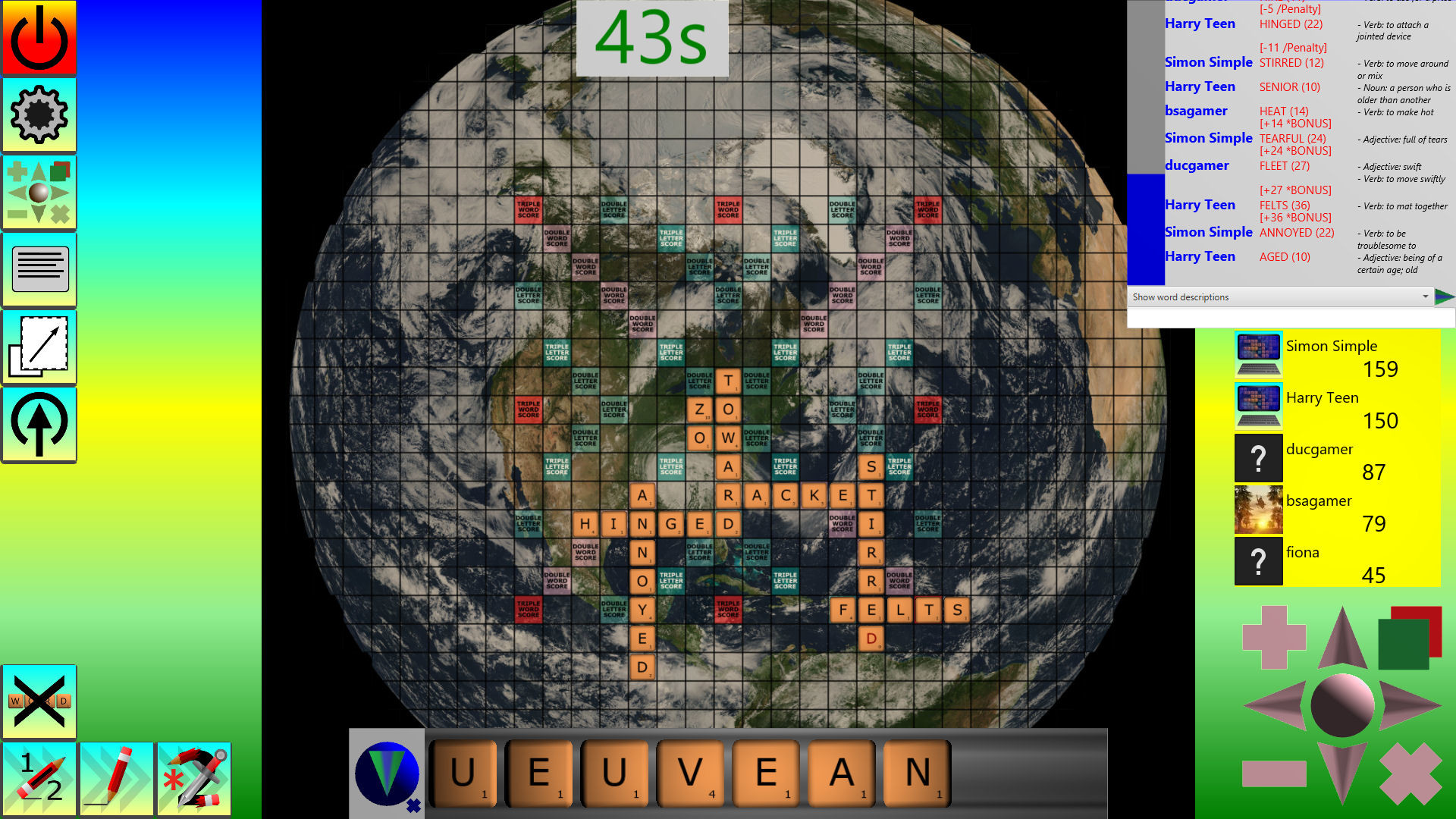 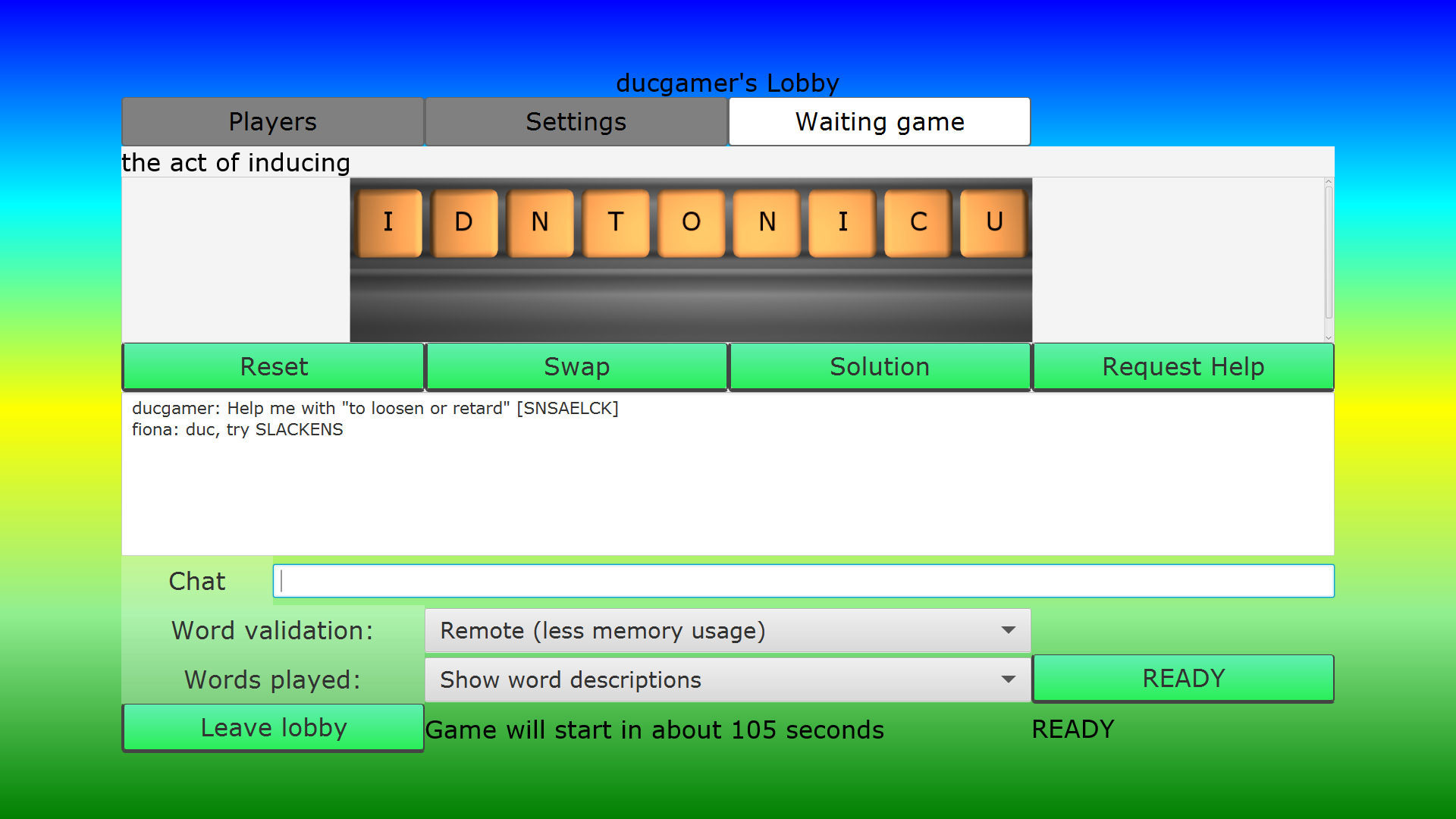 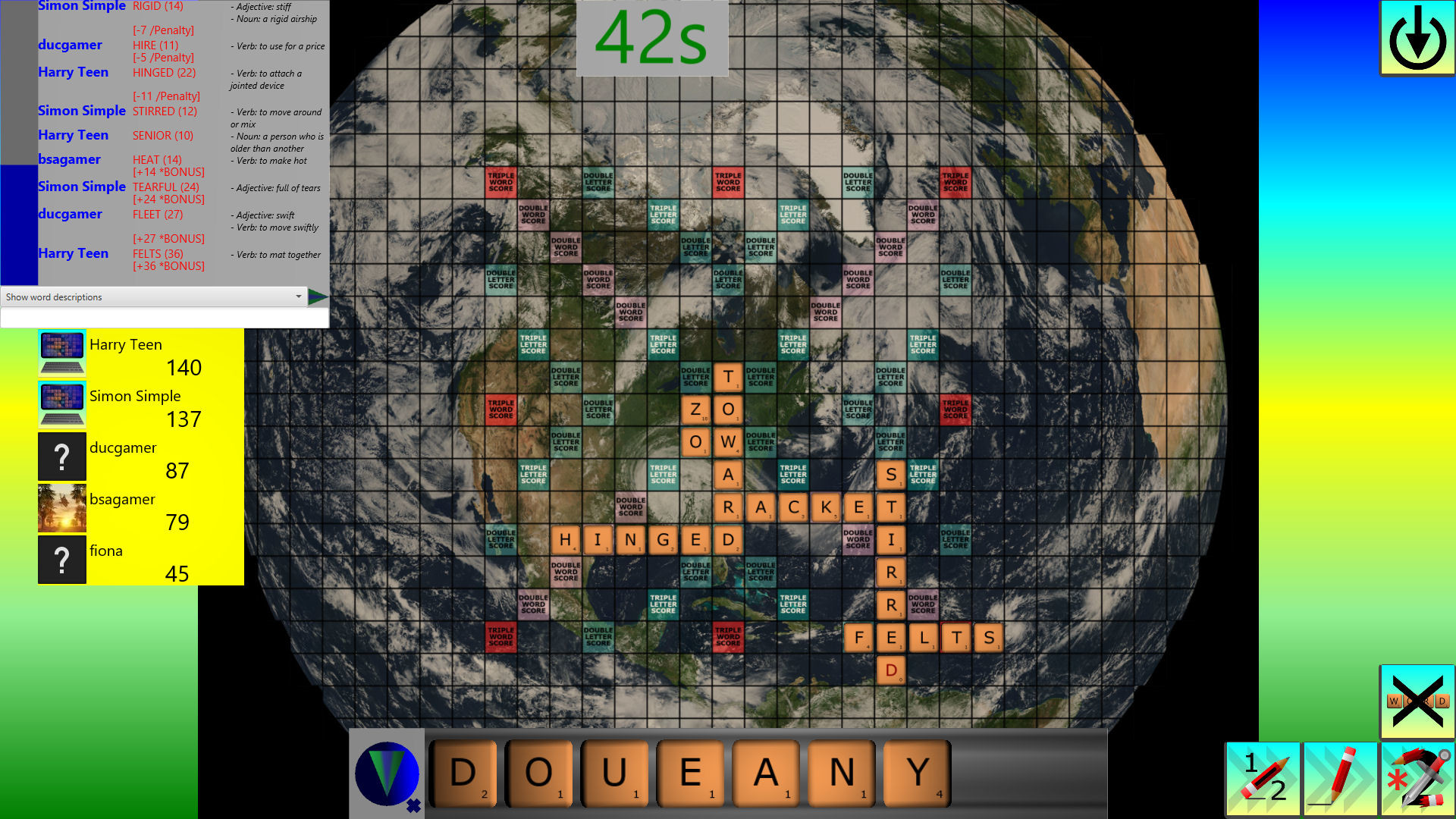 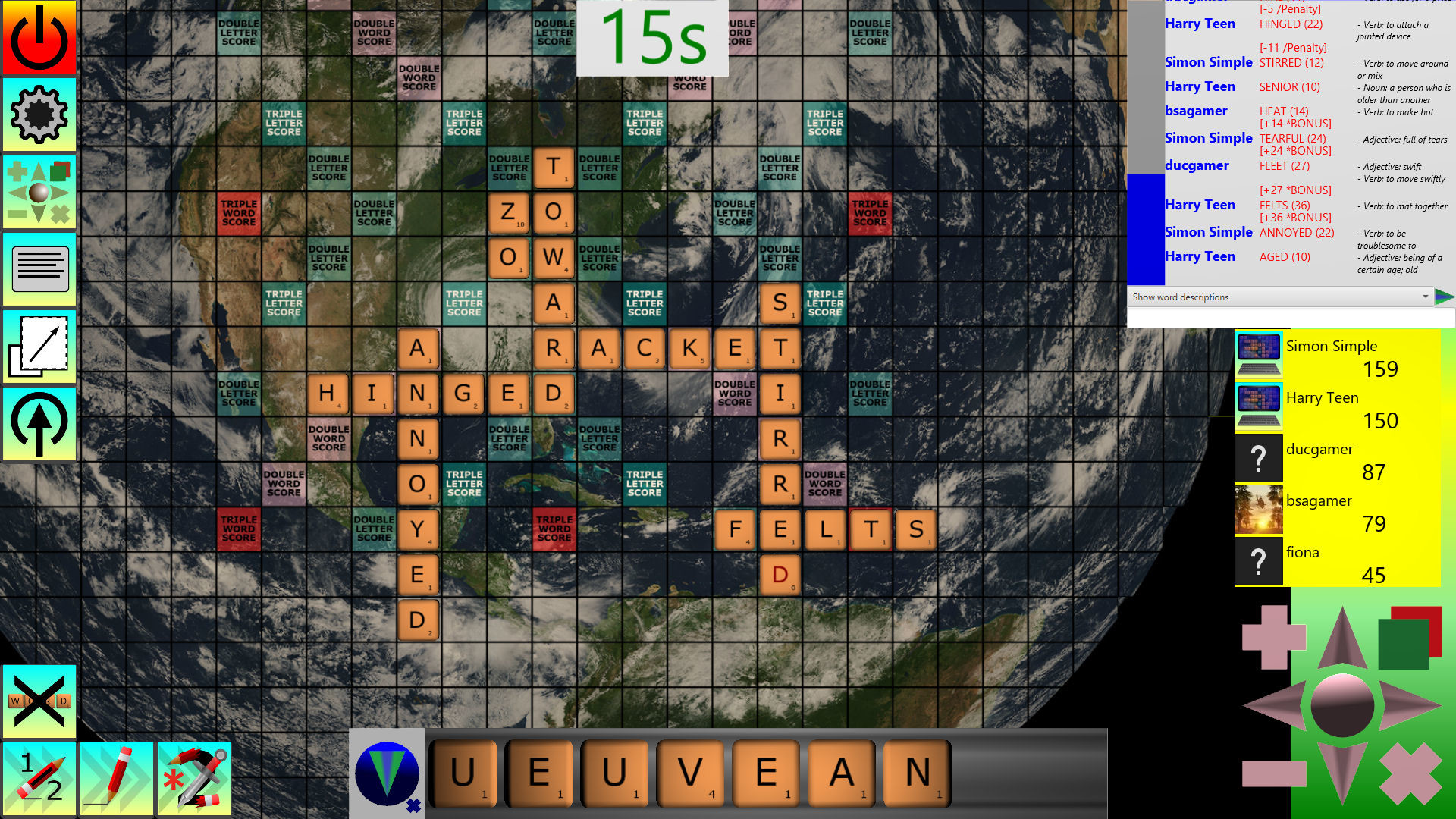 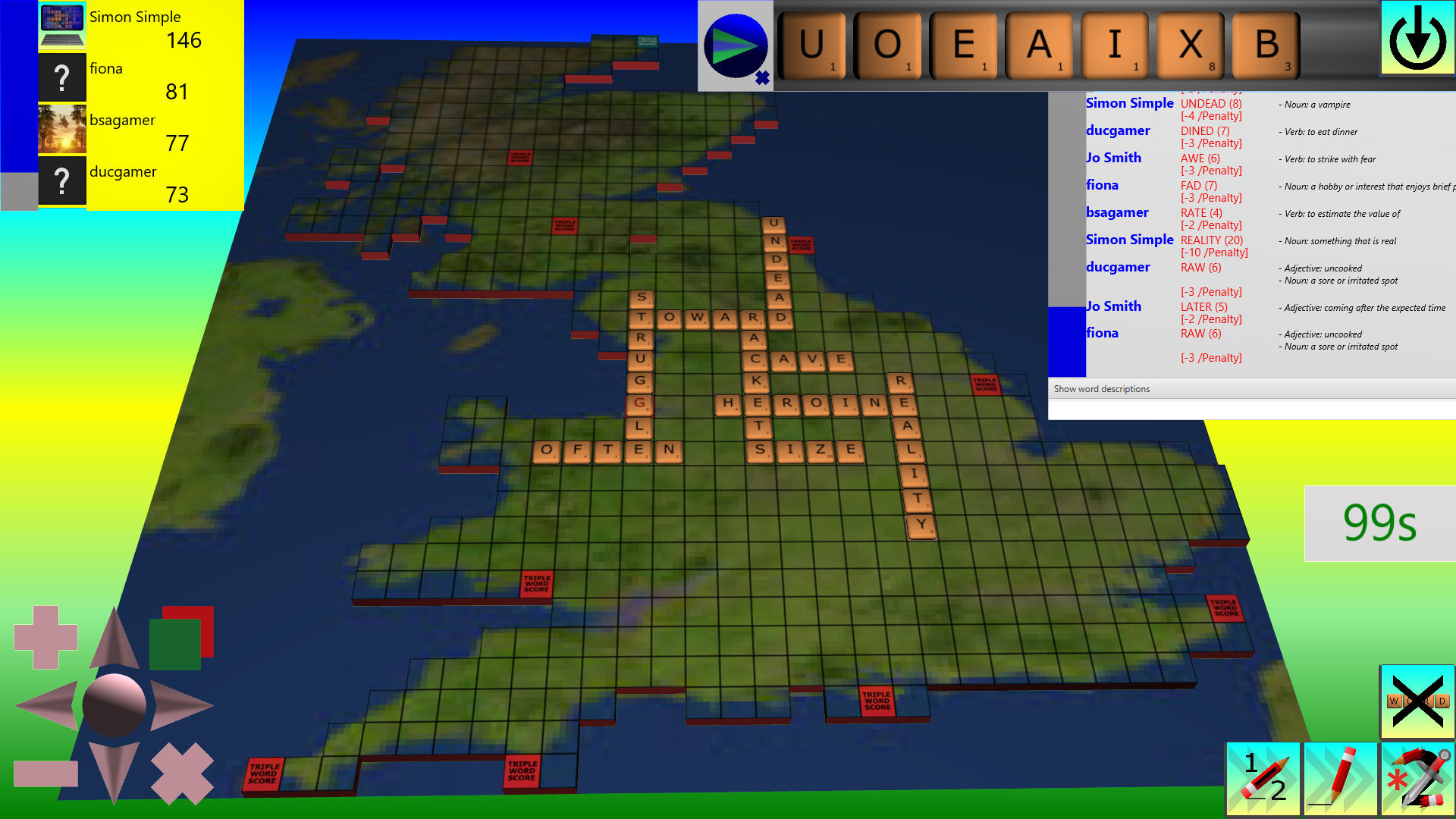 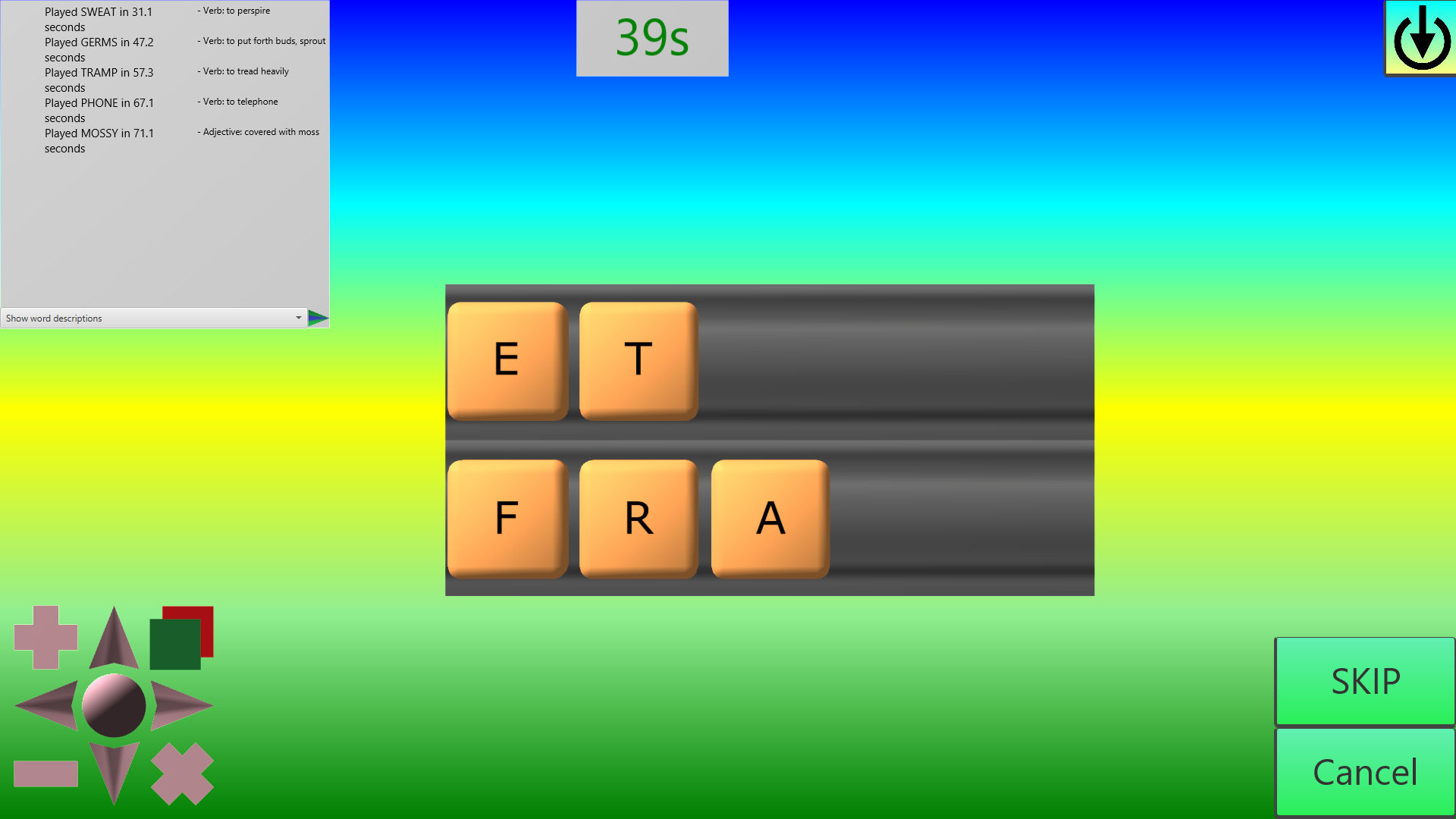 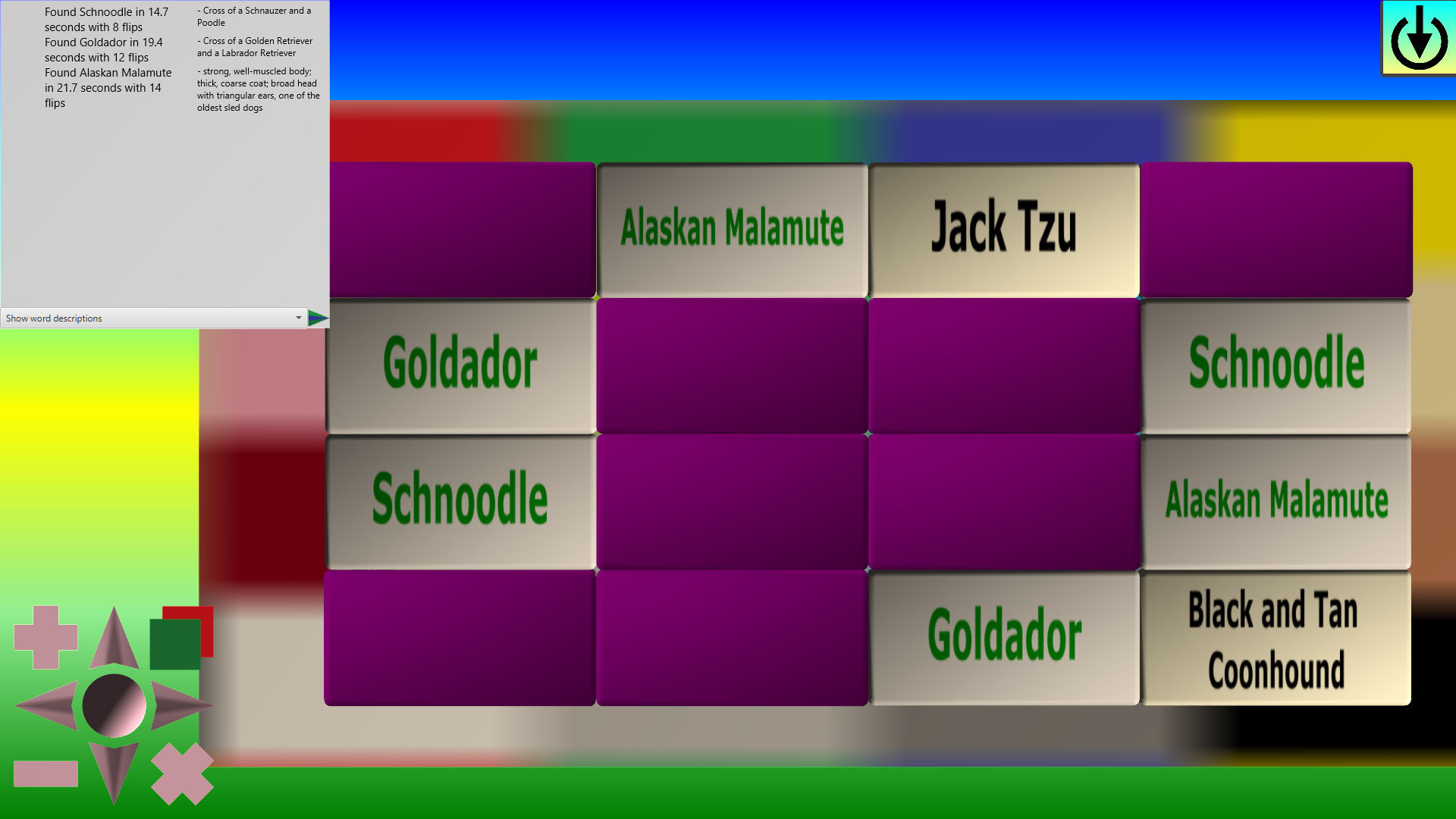 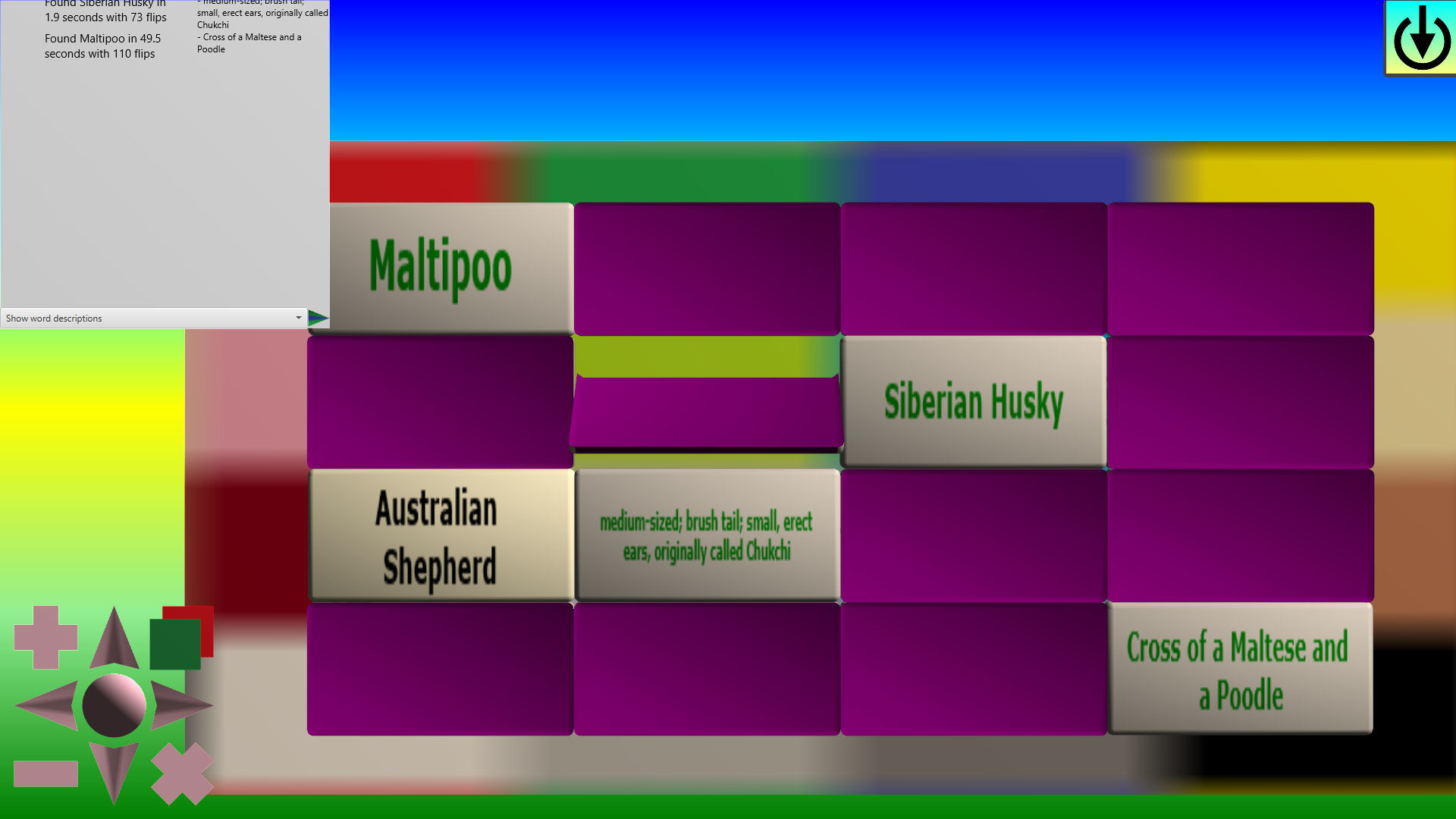 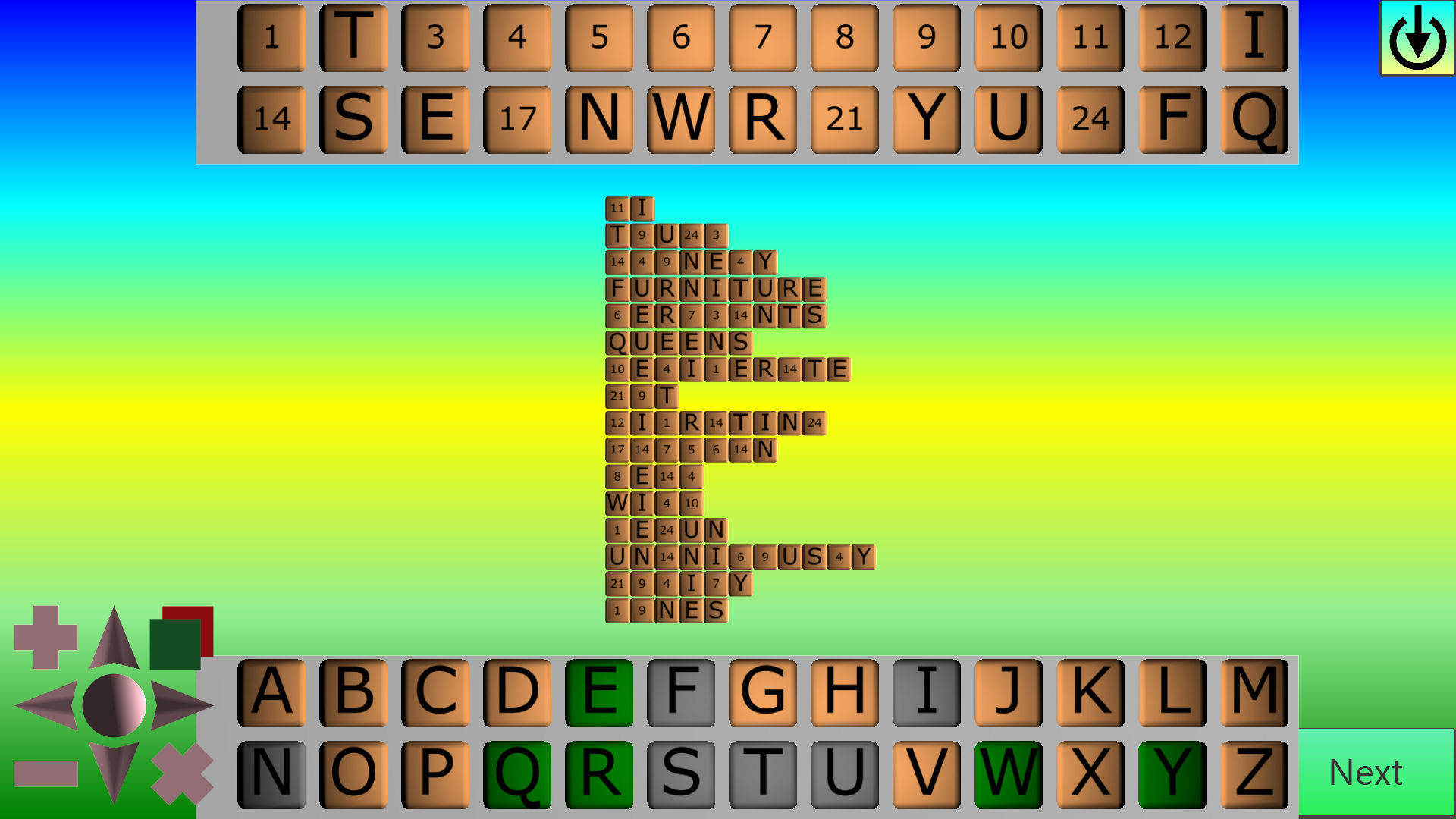 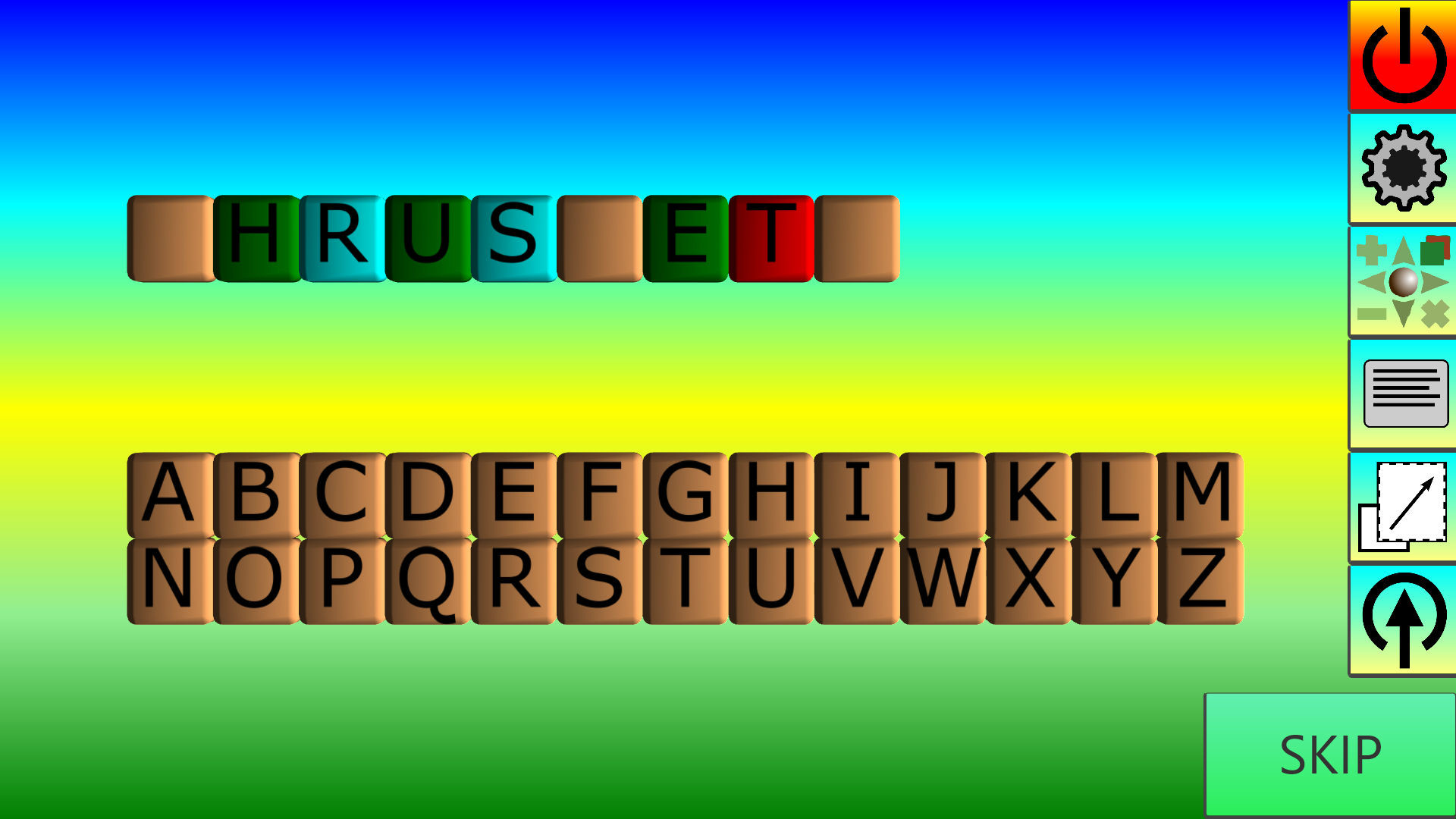 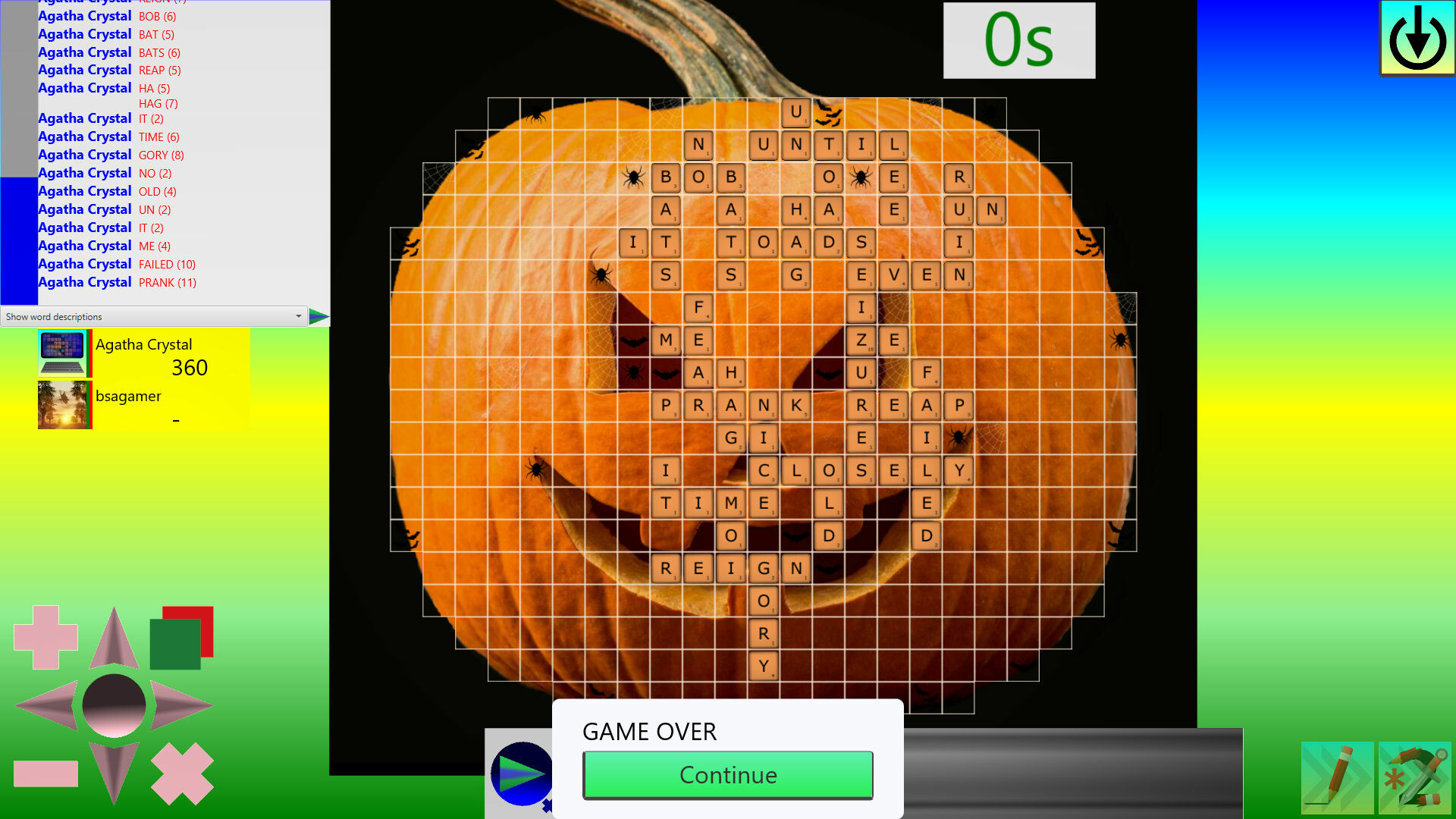 1. Download Full Version for Free. Direct link is under instructions
2. Open “Word Attack.zip”, next run installer “Word Attack.exe”
2. Install the game
3. Move files in folder Crack to folder in which you installed the game
4. You can now play in full version of the game and enjoy it! 🙂

Keep in mind about checking our website from time to time to make certain you’ve got the latest updated version. If the game will be updated you will can download also Update for Free 🙂